In February, JYP Entertainment announced that Hyunjin would be halting all activities to “self-reflect on his actions.” This announcement came after the agency released multiple statements about Hyunjin, who was accused of being a school bully and acting violently towards a fellow student.

We would like to inform you about Stray Kids’ Hyunjin’s activities. We have already contacted all of the parties involved with Hyunjin’s schedules, and have been coordinating ways to cancel the activities while making sure to prevent as much damage as possible to the other party.

This process took time, so our announcement about Hyunjin’s future activities was delayed. Hyunjin will be halting all entertainment activities to self-reflect on his actions.

He sincerely regrets that he hurt many people with his inappropriate words during his middle school years. He would like to sincerely apologize to those who were hurt and will do his best to help them heal from their wounds.

We would like to sincerely apologize for causing worry to the fans.

Prior to his hiatus, Hyunjin released a handwritten apology, in which he apologized for potentially having “hurt other people’s feelings.” Hyunjin also personally apologized to the classmate who accused him of bullying. 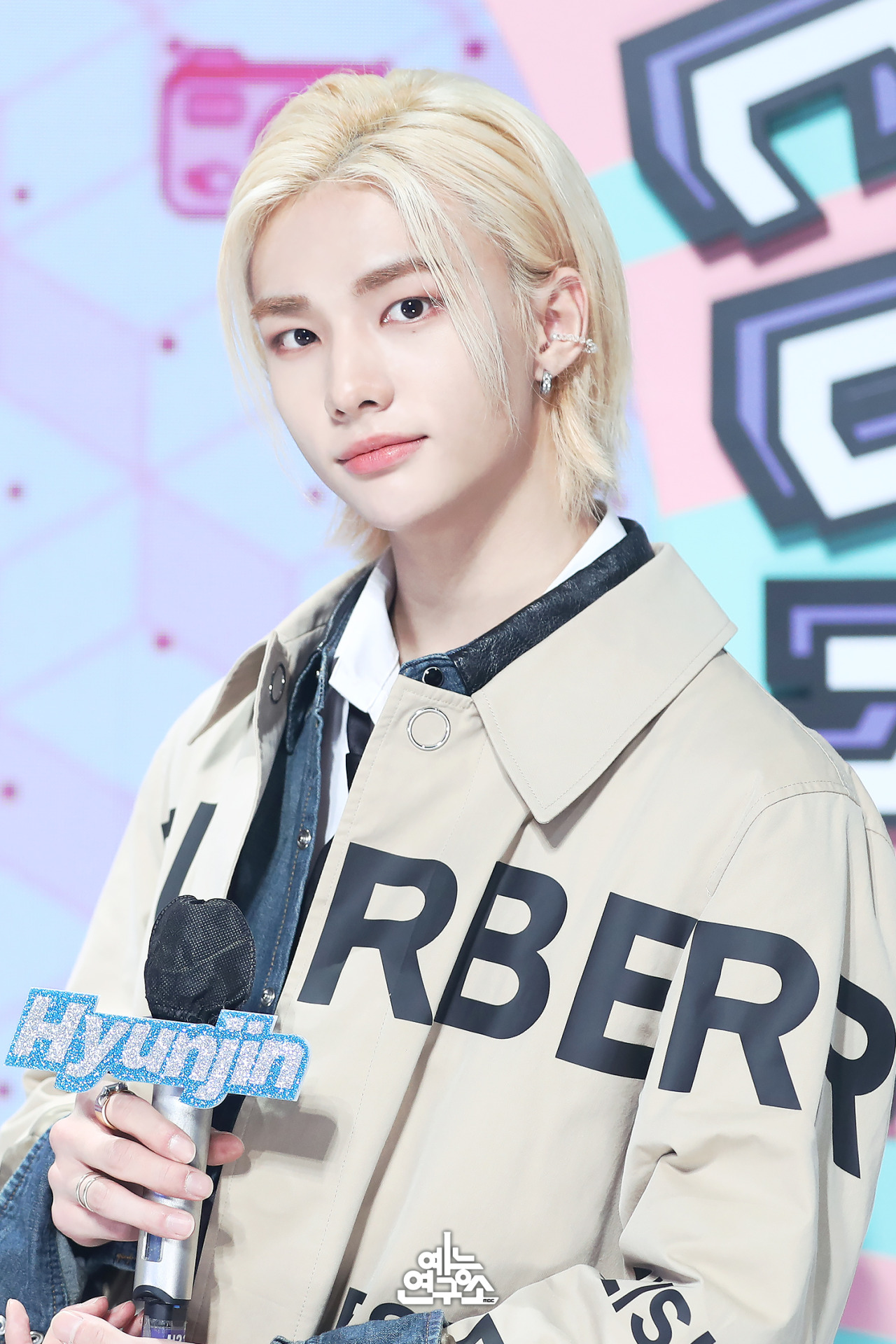 Today, Pledis Entertainment announced that Mingyu will resume his activities, having cleared up his bullying accusations. In their statement, the agency explained how they thoroughly investigated the issue and, in the end, both sides decided to move on from it.

Both the individual and the artist do not wish to cause each other any more harm due to this issue. We would like to ask you to avoid unnecessary conjecture that may cause more distress to the person involved in this issue.

Soon after this news broke, “jype” began trending on Twitter as STAYs called for Hyunjin’s return, comparing Pledis Entertainment’s approach to that of JYP Entertainment.

if only jype did their job right, hyunjin can freely promote too now just like here with mingyu.

pledis didn't rush and contacted everyone who are involved. it may took a lot of time but everything is clear. https://t.co/GDSpfWDAqn

pledis is really giving constant updates on mg and jype hasn't said anything about hyunjin in over a month… im tired.

Okay so Mingyu came back ???? but what about Hyunjin Jype? WE NEED HYUNJIN BACK SOON! pic.twitter.com/6cIL8fv21Z

Many fans are upset by a lack of updates and are wondering how much longer Hyunjin will need to self-reflect before he can resume activities.

look knetz don't even know what hyunjin looks like, no backlash even though he literally performed in the intro stage and even praised and received positive attention, then what stops you jype to bring hyunjin back like 40 days is more than enough to reflect ://

I hope jype updates us about how hj is doing and what he is planning he doesn't have to necessarily come back rn but at least inform us about him ????