On August 23, YouTuber Whitney Bae posted a video of her trying instant Korean food from Target. She was especially excited because she revealed just two years ago, she was unable to find anything like that in her neighborhood! Whitney revealed she lived in Korea for eight years, and because of that she would be able to let viewers know whether the food is actually any good or not. 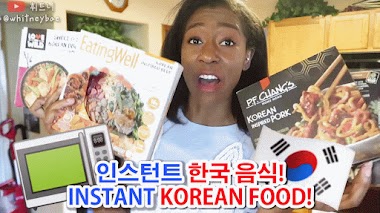 She began with an organic sesame seaweed snack. Upon removing a piece from the packet she declared, “It’s just like the seaweed in Korea!” 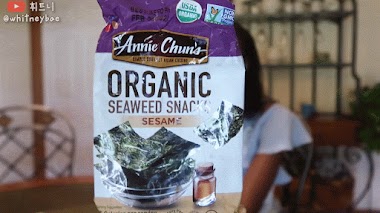 The organic seaweed was Whitney approved as she continued snacking while marveling over how good it tasted. 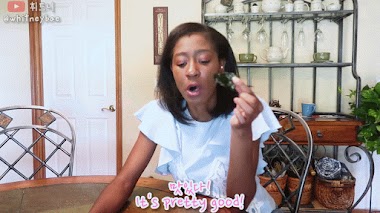 The next instant food she tried was a sweet and spicy Korean BBQ bowl with salmon. As she held the box up for the camera, she admitted that she wasn’t feeling confident about how it might taste. Her reaction to the actual product once she removed it from the box was priceless! 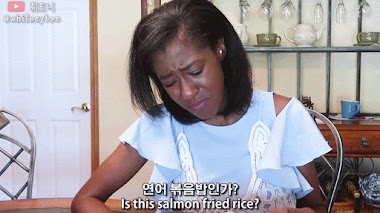 Although she was a bit dubious about how it might taste due to the way it looked, she was pleasantly surprised by the flavor and said it was “a little sweet, spicy, and delicious.” 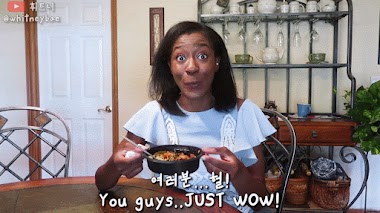 Moving on, she decided to try the Korean-inspired beef next. As she looked at the packaging, she wondered out loud if it was supposed to be bibimbap. 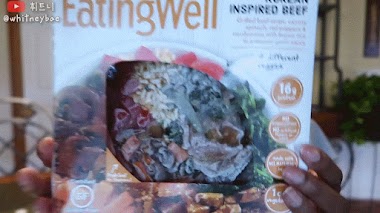 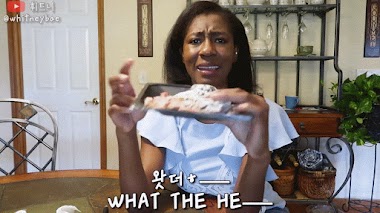 Whitney couldn’t hide how shook she was over the presentation of the food, but she was still willing to give it a try. 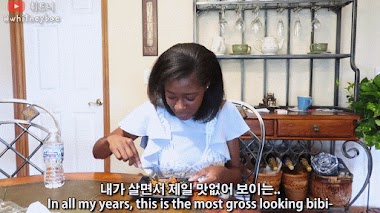 Unfortunately, she appeared to immediately regret her decision. She hesitantly took a second bite before declaring, “This is absolutely not Korean food!” She conceded that it wasn’t bad for what it was, but it was definitely not bibimbap. 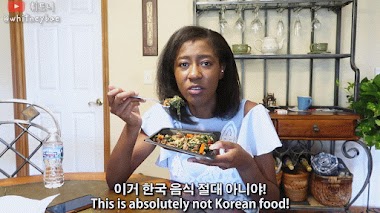 Because she normally eats her bibimbap with kimchi, she pulled out a jar of vegan kimchi. 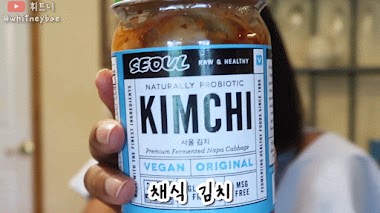 Weirdly enough, the jar started to gush as soon as she twisted the cap open. It wasn’t long before we found out why. 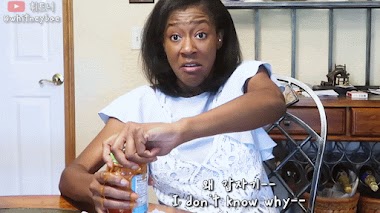 Although the texture wasn’t quite what she expected… 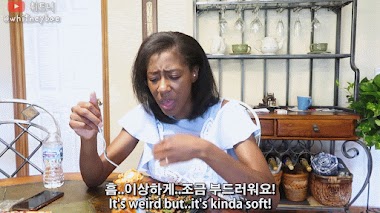 It was good enough to make her nostalgic for Korea and received a thumbs up! 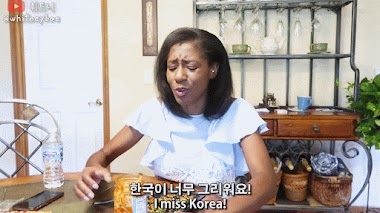 After the bibimbap and kimchi, Whitney tried Korean-inspired pork. 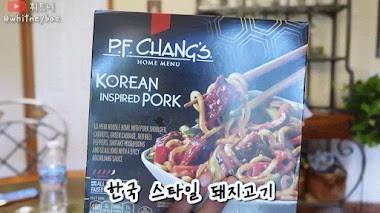 For the first time in the video, she was pleasantly surprised by how the food looked. 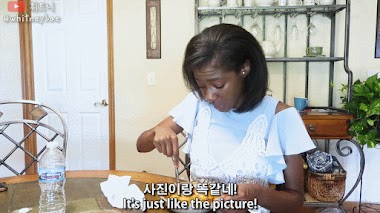 She had no reservations in saying how good it was, with it having received her highest praise yet. 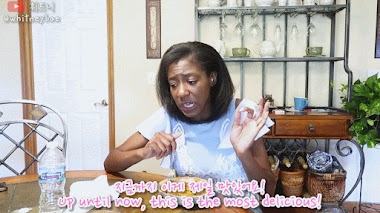 Whitney was particularly excited about the next instant food because, she said, according to her taste buds this food is #1! Can you guess what it was?

If you guessed japchae, you’d be right! 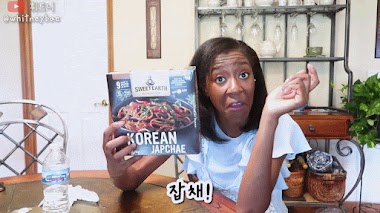 She had mixed feelings about the way the japchae looked… 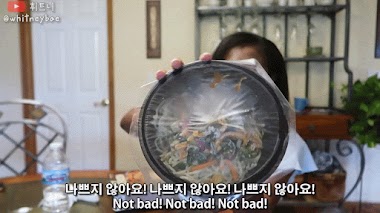 But was ultimately pretty pleased with its appearance once it had been heated up. 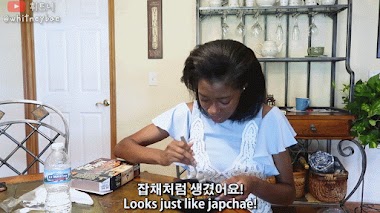 As she bit into it, she observed that while the vegetables used in the dish were correct, the noodles were wrong. In the end, she said the japchae wasn’t bad, but it wasn’t to her taste. 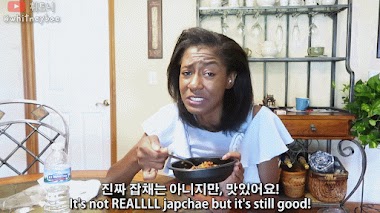 Were you interested in any of the foods she tried? Would you eat instant Korean food from Target?