Jungkook tweeted out a picture of himself on BTS‘s flight to Nagoya for their Love Yourself World Tour concert.

The golden maknae’s stunning visuals have ARMYs all over the world swooning. Two subtle things about the picture actually highlight Jungkook’s growth.

First, Jungkook is bare-faced. He used to be worried about being seen bare-faced at debut but he has changed, having complete confidence in his visuals, and has no problem showing the world his natural look and ARMYs love it!

“I still say this about Jungkook, but he came looking like a deer. Jungkook’s bambi eyes…“ — Joon pic.twitter.com/Pv5tRU9qja

Look at his post compared to this old Bangtan bomb clip where he was nervous about being filmed bare face, Jungkook really has grown!

remember when jungkook didn't want to be filmed and kept covering the camera because he was bare faced, how cute pic.twitter.com/OcMZfoFltV

The second thing is that our maknae has become business savvy. You may notice that his face mask is BT21 branded, a classic bit of subtle product placement. 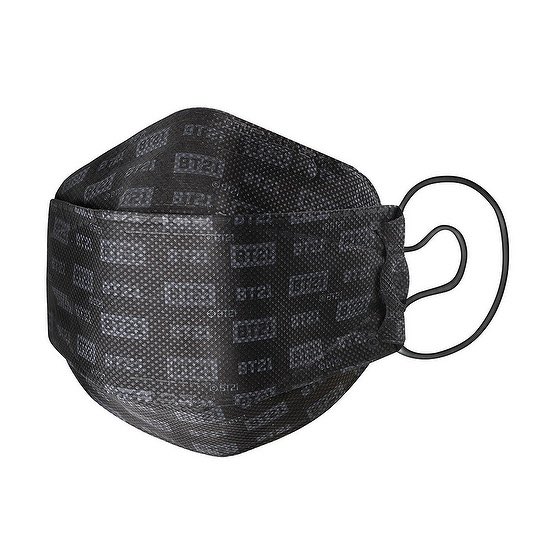 ARMY are loving Jungkook’s promotion of BTS’s own brand.

Of course they did and Jin and Jungkook wore BT21 masks. Kings of promoting their partnerships and getting coin https://t.co/UItFv70Myw

He is bustling with confidence about his looks and also promoting his merchandise, it looks like Jungkook has truly grown up! This may be spurred on by the fact that he isn’t BigHit’s maknae anymore: