KBS2’s upcoming drama “Suits” has dropped new posters of its lead actors Jang Dong Gun and Park Hyung Sik ahead of its premiere.

“Suits” is a remake of the hit American legal drama series, and follows the story of two attorneys at Korea’s top law firm and their unusual relationship. Go Yeon Woo (Park Hyung Sik) is a genius with no college degree or license to practice law, while Choi Kang Suk (Jang Dong Gun) is a legendary attorney who hires Yeon Woo as a law associate anyway. “Suits” is already attracting great attention for the bromance between Jang Dong Gun and Park Hyung Sik, two of Korea’s hottest actors, and many are curious to see the chemistry between them. 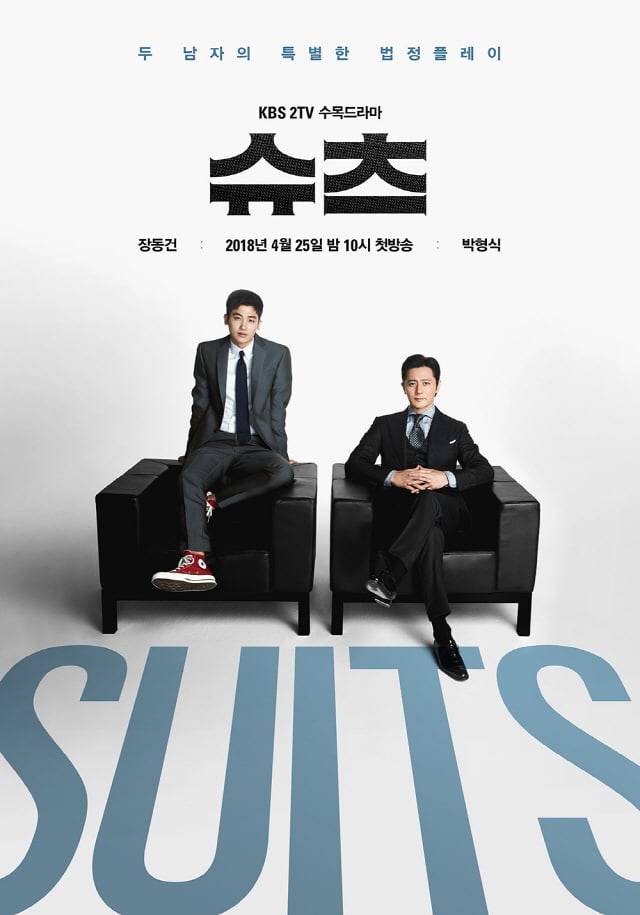 The revealed posters show the different charms of the two main actors. Jang Dong Gun dons a black suit with black dress shoes, maintaining a classic vibe with his overall look and pose. On the other hand, Park Hyung Sik gives off a more youthful aura as he pairs his suit with red sneakers and playfully poses alongside Jang Dong Gun.