At the end of August 2019, South Korea’s top ballad singer, Sung Si Kyung, will be embarking on his first tour across the USA! He will be making a total of six stops across America: Chicago, New York, Washington, Los Angeles, Seattle, and Honolulu. Introduced for the first time this year, “The song” is a concert that allows audiences to engage with the artist on a personal and intimate level.

During the South Korea and Japan stops of “The song” tour, audiences experienced a show full of sincerity and heartwarming vocals. The upcoming 2019 SUNG SI KYUNG LIVE IN USA “The song” will allow 1,500 audience members in each city to have the same unforgettable experience with the artist. 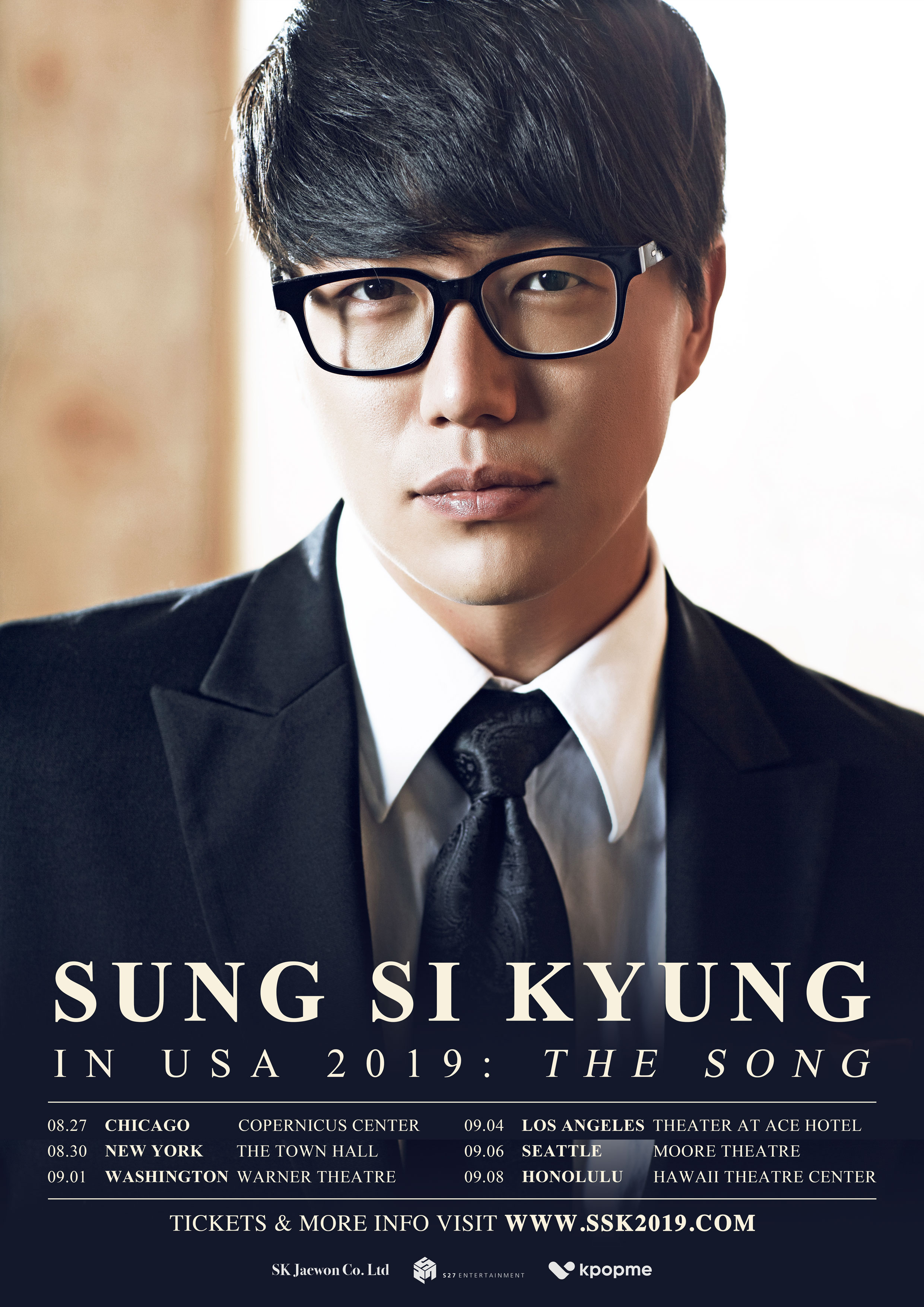 Promoted and produced by KPOPME Entertainment, Sung Si Kyung will be making six stops in the USA for 2019 SUNG SI KYUNG LIVE IN USA “The song”. For more information please visit SSK2019.COM and follow KPOPME (@kpopmeent) on Twitter, Facebook, and Instagram for the quickest updates!