On the August 25 episode of the KBS music talk show, Sunmi made an appearance as a guest.

Talking about her multiple No. 1 rankings on music charts, Sunmi stated, “It’s great, and I’m thankful. It’s a track that I wrote and composed myself. That’s why it’s even more meaningful.”

She then brought up the fact that “Siren” had originally been a Wonder Girls track again, saying, “I wrote and composed this song when we were doing the Wonder Girls’ band activities. But Park Jin Young told me it wouldn’t match well with a band arrangement, so I couldn’t release it.”

Hearing this, MC Yoo Hee Yeol joked, “He’s always like that. It’s probably because he couldn’t put in the ‘JYP’ narration at the beginning of the song.” 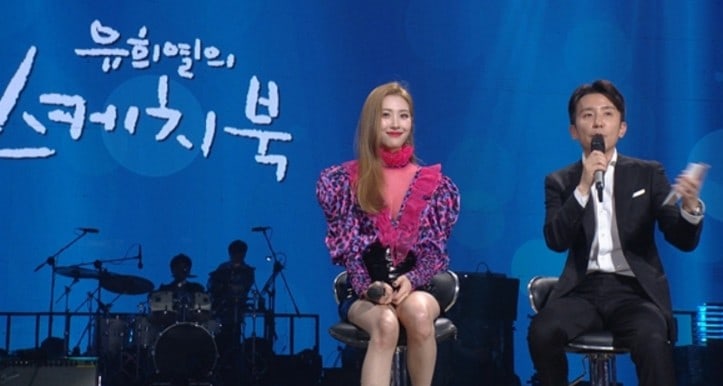 Sunmi then revealed that her “Gashina,” “Heroine,” and “Siren” were all part of a trilogy. She stated, “With the theme of a flower, each song symbolizes ‘a burning fire,’ ‘a fire entrapped in ice,’ and ‘a bleeding fire,’ respectively. Flowers usually mean these beautiful and fragrant things, but I wanted to draw the process of a flower breaking away from its pretty image by showcasing its sides that aren’t eternally beautiful.”

Watch the full episode of “Yoo Hee Yeol’s Sketchbook” below!