Sunny Reveals Who Eats the Most in Girls’ Generation

Girls’ Generation‘s Sunny took part in the filming for the “kimbap” episode of tvN‘s “Wednesday Food Talk,” along with Block B‘s Park Kyung.

Sunny begins by recalling an incident where the group was asked by the bank if someone stole money from their account, after a visit with the members to the convenience store. The truth is, the members had spent an extraordinarily large amount of money that was not usual for convenience store outings, implying the big appetite of Girls’ Generation members. 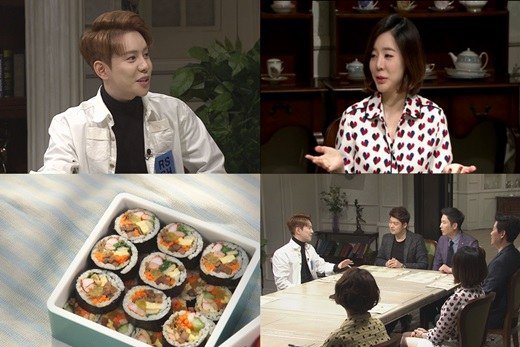 When asked by MC Jun Hyun Moo which member has the biggest appetite, Sunny replies that, “Tiffany eats the most. She sometimes buys four to five containers of ice cream and eats them all in one sitting,” surprising everyone on set.

In addition, after saying she thought kimbap was a cheap and convenient food to eat, Sunny draws laughter by making MC Shin Dong Yup feel old, since kimbap was a food only the rich kids used to eat, due to the high price of seaweed and other ingredients in the past.