Super Junior Was Originally Slated To Last 3 Months, Here’s How They Reached 16 Years

When it comes to veteran K-Pop groups, Super Junior is one of the legendary groups that’s managed to stay active for over fifteen years and still have their hits covered by newly debuted idols.

Despite maintaining their fanbase over the years and creating their own label, Label SJ, SM Entertainment hadn’t planned on the group lasting more than a few months. Here’s what changed the company’s plans.

During one of Super Junior’s appearances on SBS‘s talk show Strong Heart, leader Leeteuk revealed they were originally a project group.

Ryeowook and Yesung confirmed that Leeteuk told the truth when revealing they were only meant to promote for less than half a year.

When we debuted, we were actually a project group. So, we were supposed to promote for three months and then part ways. 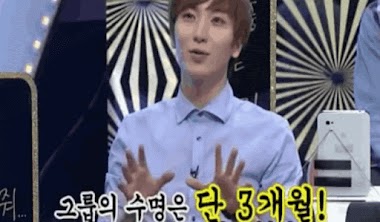 Leeteuk referenced the cover of their debut full-length album TWINS that named the group Super Junior 05, setting the stage for them to be the first generation of a group similar to After School and NCT.

Despite Super Junior 05 being a pathway for the members to break into the industry and do whatever they wanted, none of them wanted to give it up. Leeteuk said, “We said, ‘It’s too sad for us to promote for just three months and break up.’”

All of the members put their blood, sweat, and tears into making the group work, performing as if every stage was their last.

In the end, their hard work paid off and generated the attention they needed to become a fixed group. Leeteuk revealed, “We became popular. Kyuhyun joined as a member, and we were recognized as an official group.” 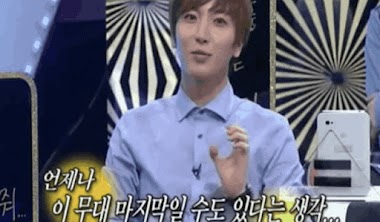 Ever since then, Super Junior has remained a group that E.L.Fs can depend on and idols of all generations can look up to.