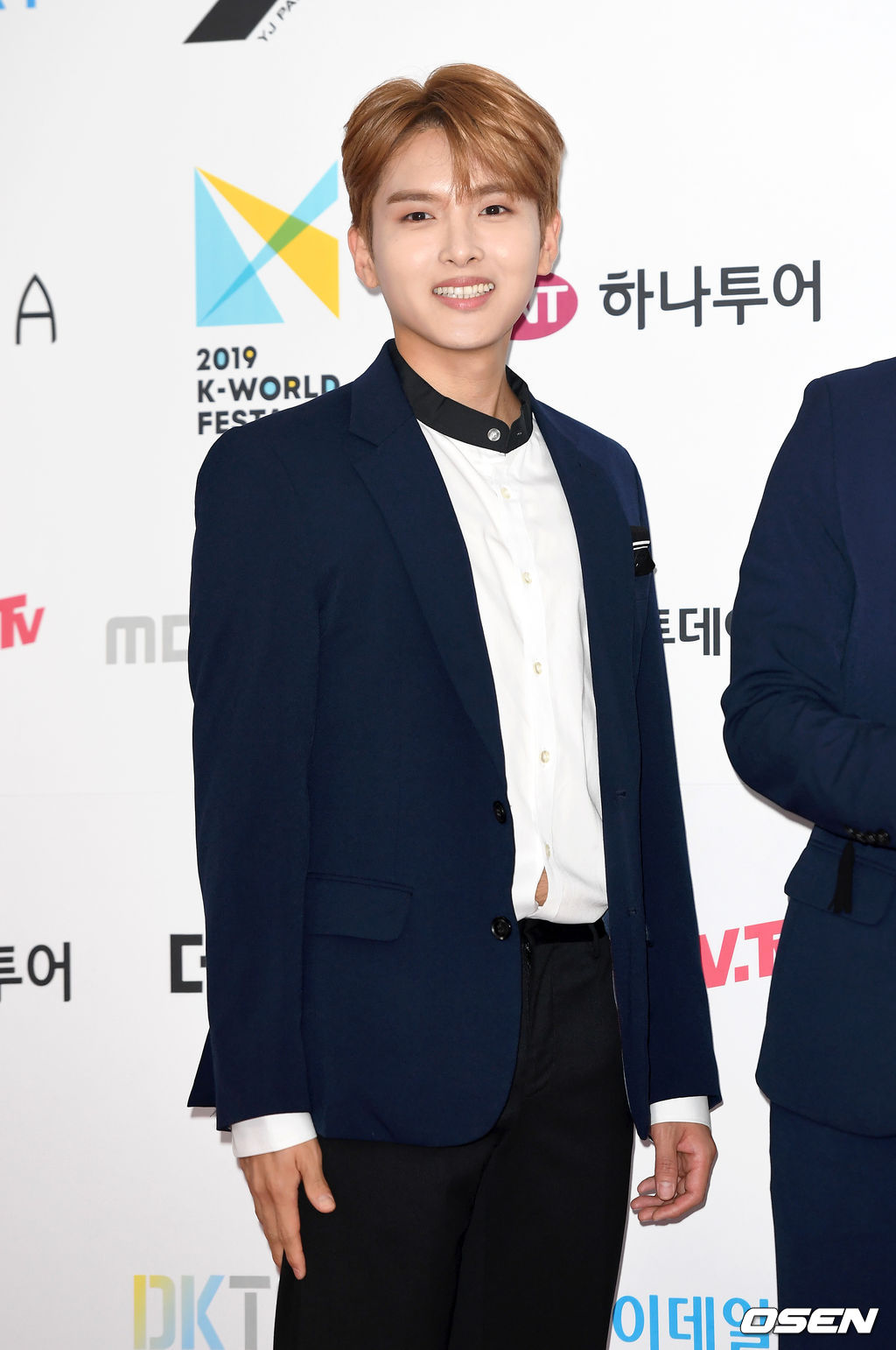 According to an exclusive report from SPOTV, Ryeowook and Ari recently started their relationship. The two were said to have developed a relationship after being introduced to each other through mutual acquaintances. 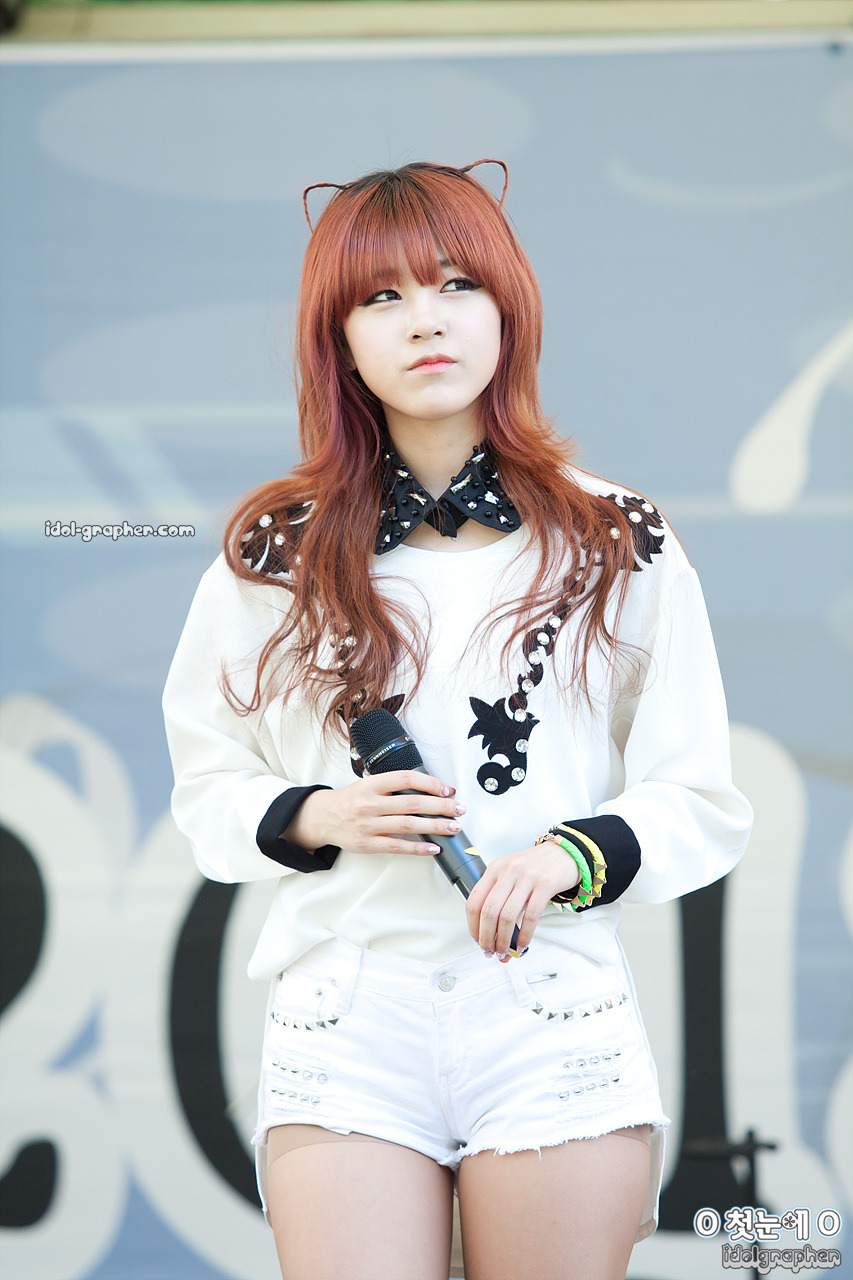 In response to the report, Ryeowook’s agency Label SJ confirmed the news of the report.

Ryeowook and Ari have had a close junior-senior relationship, and we can confirm that relationship has developed into a dating relationship.

Ryeowook also posted on LYSN a letter to ELF around the world following the reveal of the dating news.

Hello, this is Ryeowook.

I’m sorry for making you all wait for so long.

I was worried about how to start, while thinking about the ELF who must have felt hurt by the news, no matter what I say.

First of all, I feel very sorry to announce that there is a friend I am seeing in this way. Thinking about it, I think ELF have provided me so much support and consideration for me to see that friend. I should have been more considerate to ELF, and I’m reflecting on that. I think my lack of consideration has caused more confusion.

The friend that was being talked about, I am dating her.

There are misunderstanding that have been going around, there are some stories that I have never said or thought about. Both Super Junior and ELF are so precious to me. It’s a shame that there are so many false rumors spreading.

I have hurt my ELF a lot. The names and expressions that were made on Bubble were sincere. There wasn’t a single thing that I was insincere about. In the recent selfie with flowers that I uploaded, those flowers were given to me by a staff member that came to watch the concert.

I don’t use social media, and Bubble is the only way I can communicate with ELF. You guys chose this place to communicate with me too, so I wanted to try my best. I really wanted to be able to share my daily life with ELF, and I didn’t want you to feel lonely or sad.

I had started planning on creating a cafe for my parents to work in, as they have been idle. What you all were thinking about, isn’t going to happen ever. I don’t want to use the name Ryeowook or Super Junior for such things. I don’t know much about that field, so I wanted to get some help from a friend. I’m sorry for hurting you with my rash thoughts.

He also continued to apologize for what happened, and hoped to regain the trust of ELF around the world. 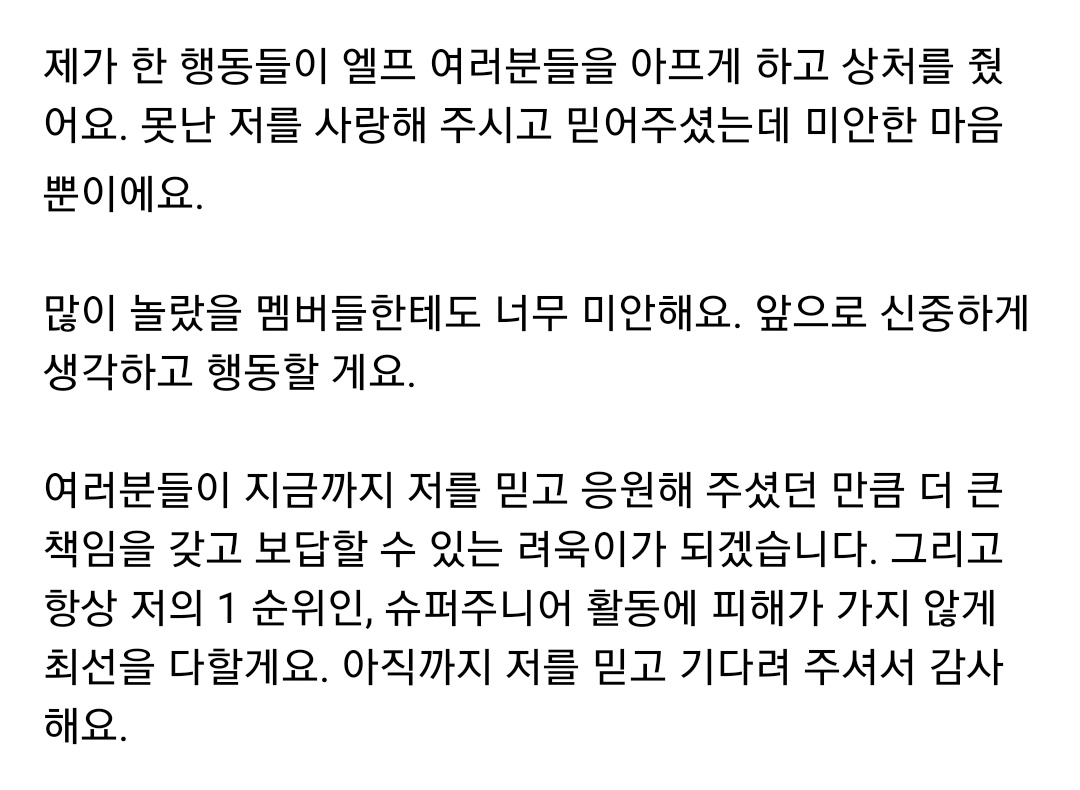 My actions hurt ELF. You gave me your love and trust, even though I didn’t deserve it, I feel so sorry.

I am also very sorry to my members who must have been very surprised. I will think carefully before acting from now on.

I will become Ryeowook who has a greater sense of responsibility to pay back all of the trust and support you have shown me. I will do my best to not damage Super Junior’s activities, which are my first priority. Thank you for trusting in me until now.