Super Junior’s Donghae and Eunhyuk succeeded in eating a meal in Russia for “Let’s Eat Dinner Together.”

On the April 25 episode of JTBC’s “Let’s Eat Dinner Together,” the two took on the challenge of eating a meal in strangers’ homes at Sakhalin, Russia. Sakhalin is the largest island in Russia, and is home to many Korean who were forced to move there during Japanese colonization. The cast of the show ventured to the central city of the island, Yuzhno-Sakhalinsk, to meet their fellow Koreans and have a meal with them.

As Super Junior D&E’s Donghae and Eunhyuk appeared as guests, Kang Ho Dong asked them, “Is there a connection between Super Junior and Russia?” Eunhyuk answered, “The K-pop fever is pretty big in Russia. They give Super Junior a  lot of love.” 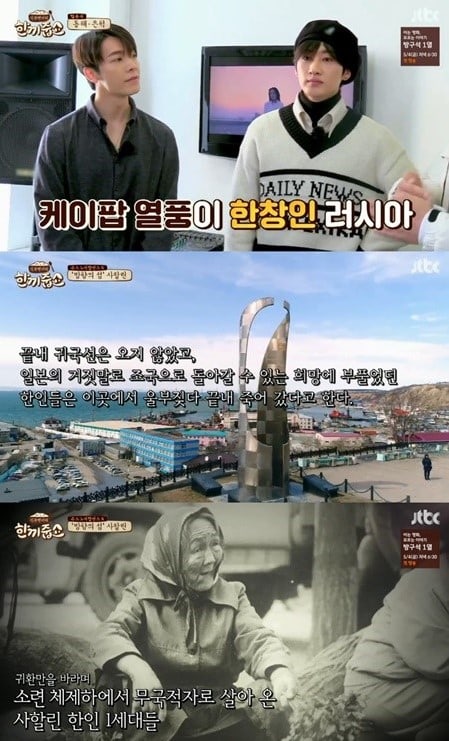 The MCs and guests first went to the Korean Association in Sakhalin. The president of the association was a second-generation woman named Park Soon Ok. Her father was forced to move to the island in 1939, where he worked in the coal mines as one of 60,000 Koreans. Many of those Koreans were unable to move back to their hometowns, and passed away on the island. Kang Ho Dong then asked if there was an area where many Korean Sakhalin residents lived, to which Park Soon Ok replied, “Currently, there is no Koreatown in Sakhalin.”

In search of Koreans, they then headed to a traditional market, where Donghae and Eunhyuk met some of their Russian fans. The fans shyly asked if they could take pictures, and even asked in disbelief, “Are you really Super Junior?” They shared that their favorite song was “Sorry Sorry” and even showed off famous dance moves from the song. 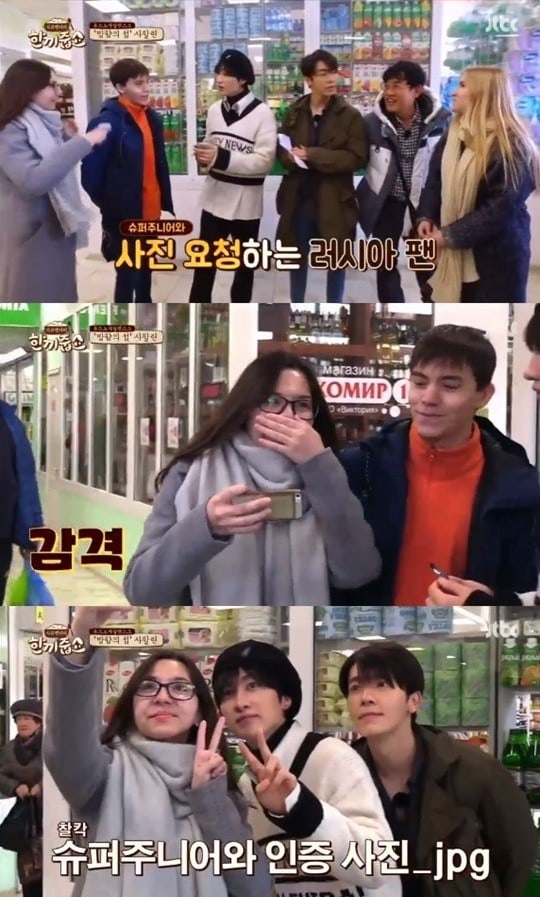 Because there was no Koreatown and the Korean residents in Sakhalin are spread apart, it made the challenge of eating a meal with them difficult. Using a tip they had gotten from the market, they headed toward the residential area of Sakhalin. However, that wasn’t the only difficulty as many of the houses had high walls or didn’t have doorplates indicating names. They also didn’t run into any Russians, much less Koreans.

However, they pressed on, looking for hopeful hints. At one house, Eunhyuk pointed out a car and bicycle parked by a house and guessed, “They’re made in Korea.” Kang Ho Dong also optimistically commented, “This area has a Korean vibe to it,” to which Eunhyuk agreed. Kang Ho Dong continued to try to find little hints and unreasonable explanations, pointing out a number five at one house and saying that Koreans liked the number five, all the while with Eunhyuk egging him on. 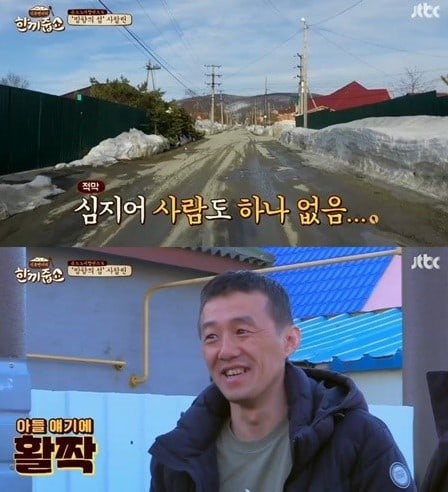 They eventually split up into teams, with Eunhyuk and Kang Ho Dong, and Donghae with Lee Kyung Kyu and began their challenge. Donghae hilariously tried to use his minimal Russian to converse with the local residents, and even yelled “I’m from Korea!” in Russian.

After much difficulty, Kang Ho Dong and Eunhyuk found a Korean and had a meal with him. Their host for the night shared that he is an energy pipeline engineer named Park Il Nam, and lives with his wife and two children. He produced white rice from a Korean rice cooker, as well as fish and sauce, which made the two celebrities very happy. 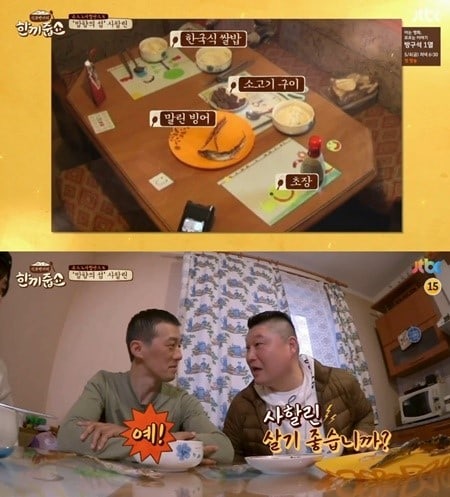 On the other hand, Lee Kyung Kyu and Donghae searched for an hour before finding a Korean. However, many rejected them, and they barely found someone to eat dinner with them, as they were invited in two minutes before 8 p.m. Their host was a third-generation Korean named Kim Young Kwon. His parents had permanently moved back to Korea, but he remained in Sakhalin. He personally prepared dinner, and brought out rice, kimchi, and steamed chicken. As they hungrily ate their food, Kim Young Kwon surprised them by sharing that he had personally made the kimchi. 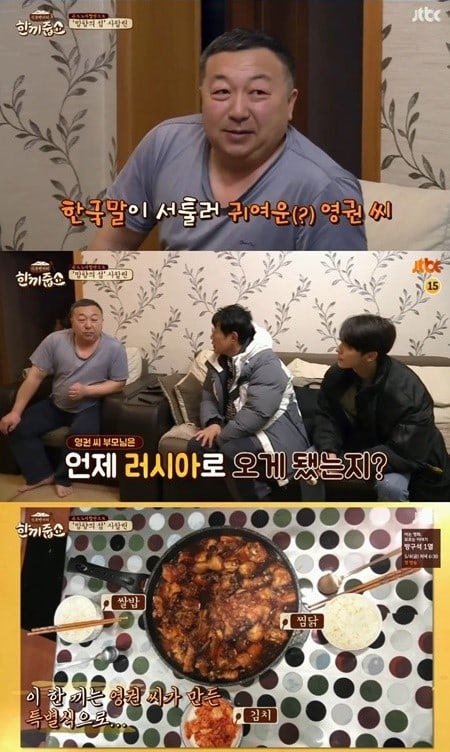