The members of SM Entertainment’s NCT U begin to introduce themselves in detail on the first episode of “On Air NCT Show,” which is hosted by their label mate Heechul of Super Junior and broadcast over Naver’s V app. 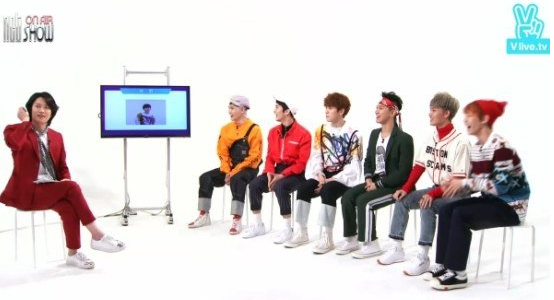 NCT U member Jaehyun is picked at random to be introduced on the show first. After they discuss his best physical attributes, as well as his good points, bad points, and more, Heechul asks Jaehyun what kind of person he’d like to be in ten years.

Jaehyun replies seriously, “I want to be someone that can look back over the previous ten years without any regrets and know that I’ve done what I wanted to do.” 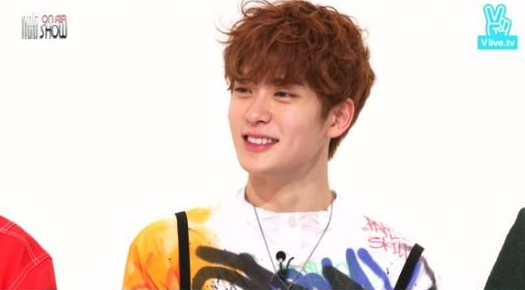 Heechul then asks the other members what they think Jaehyun will be doing in ten years. “Won’t we be performing together at our tenth anniversary concert?” asks Mark. Heechul says, “Fans will love that comment!” and gets up out of his chair to shake his hand.

When looking at all their answers, Heechul laughs and jokes, “If you put all these together, you would get Choi Siwon! He celebrated his tenth anniversary with his group, he’s a good film actor, and he always takes off his clothes on stage.” The guys all burst out laughing in response. 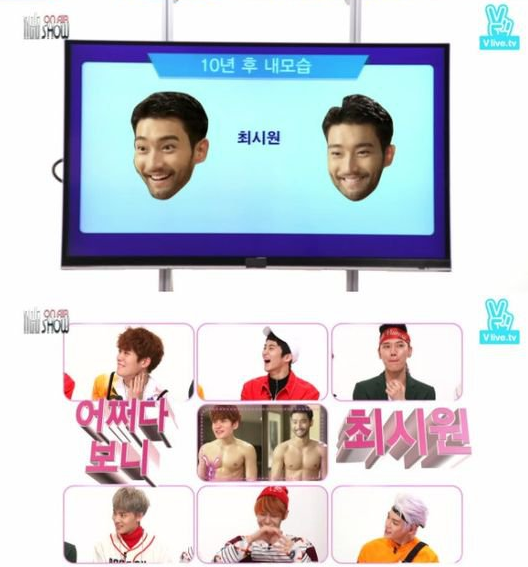 NCT U made their debut on April 9 and 10 by releasing their music videos “The 7th Sense” and “Without You.” Which member would you like to see talked about in their show’s next episode?