On a recent episode of Knowing Bros, Kyuhyun had everyone in shock when he danced to Chungha‘s “Gotta Go”!

Many were surprised that he actually knew the dance, dancing confidently until… 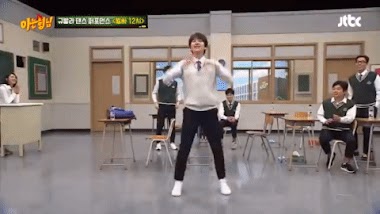 His pants ripped! He stops dancing for a moment to check but Heechul pushes him back to the center. Unnerved, Kyuhyun danced the chorus of the song with his legs together to avoid any wardrobe malfunctions. 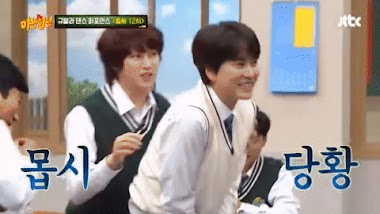 He stops dancing for a while due to his pants, and the staff throws a blanket. The boys of Knowing Bros hurriedly cover him up and play the music again. 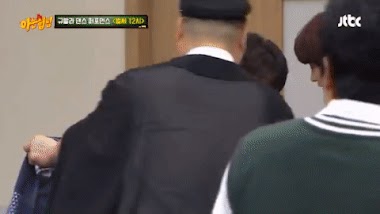 He dances to the song and shows off just how well he knows the moves, executing it perfectly despite the accident that just happened. 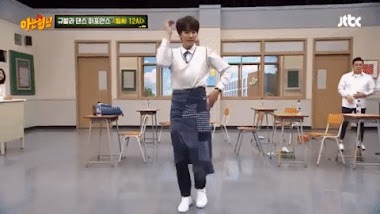 He even has the hardest moves down! Is there anything Super Junior‘s maknae can’t do?