On the June 17 episode of “Law of the Jungle,” Super Junior’s leader Leeteuk has a moment of healing.

During the episode, Leeteuk suddenly starts to quietly shed tears at the top of Mount Tavurvur. Although he had hiked to the summit with the climbing team in order to show off a more manly side, Leeteuk later says that the reason for his tears was because he was suddenly reminded of his hardships. 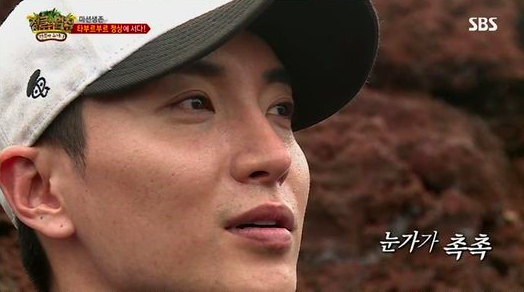 “It felt like the mountain was telling me, ‘You’re struggling too, right? I’m still hanging in there, so I hope that you can hang in there too,’” he says in his individual interview. “No matter what I said, it felt like the surroundings would just hold me and comfort me.”

In order to lift his own spirits, Leeteuk then stands on the mountain and shouts at the top of his lungs, “Jung Soo (Leeteuk’s real name)! Thank you for enduring all these difficulties so well. Let’s continue to do well!” 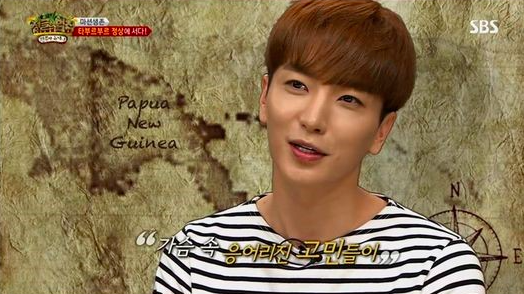 Afterwards, Leeteuk is a little embarrassed, saying, “There’s no time [for this],” but he remains in better spirits for the rest of the episode.