Super Junior’s Ryeowook Reveals How He Changed In The Military

Super Junior’s Ryeowook talked about his experiences while serving in the military during a recent interview.

After having built a close rapport with the people he met while serving, Ryeowook revealed that he’s still in contact with his new friends. Ryeowook explained, “Honestly, I’ve never showered with the members, but in the military, we showered together and saw all aspects of each other during those two years, making me feel comfortable around them.”

Ryeowook also talked about the changes he went through while in the military. “I stopped being picky about musical genres,” he said. “I thought about trying music that’s more approachable to the public.”

He went on to say that his formerly sensitive personality has softened out. He added, “After serving in the military, I was able to see myself more objectively. I gained more confidence and became bolder. Time spent in the military really changes a person. My surroundings didn’t change, but since I did, it felt like my surroundings also changed, making me feel better.”

To fellow celebrities that have yet to serve in the military, Ryeowook said, “I received a lot of support from people I met in the military. We still share lots of good stories. It’d be a lie if I said it’s not difficult, but there are also many fun parts.”

He added, “There were a lot of things I’d forgotten while being a celebrity for over ten years. Things that seemed obvious weren’t actually obvious.” Ryeowook explained how before being in the military, he was always with his manager. However, after spending time on his own, it felt awkward for him to be surrounded by the manager and staff again. 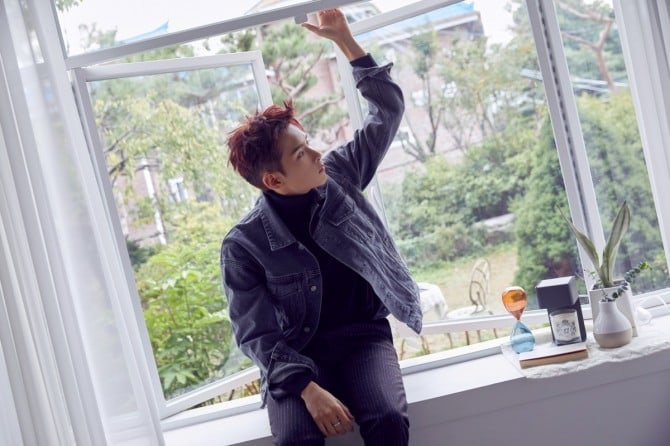 Ryeowook also expressed his gratitude towards his group for promoting continuously while he was serving in the military, putting him at ease. He believes that he was able to serve without an issue because his members were by his side, providing support, advice, and protection. After letting go of his worries, Ryeowook was able to recharge in the military. These days, he is training his physical strength and mental spirit by hiking. He said, “In the future, I want to communicate a lot with my members to make our ideas into plans.”

On his future activities, Ryeowook expressed his hopes that his new release “Drunk on Love” will become the album that makes people “drunk on Ryeowook.” He added that he wants to promote harder on broadcast as there are still a lot of people who don’t know his songs.

Look forward to catching Super Junior’s main vocalist in action with his new song on December 11!