He explained that he had the type of physique that bloated easily, and revealed how it even confused his some of his members.

“People who remember what I was like during debut [years] will probably think I was chubby. At the time, my face used to be swollen a lot. Nowdays, I merely work hard to control the bloating,” Yesung stated. “So, I don’t consume any salty foods.” 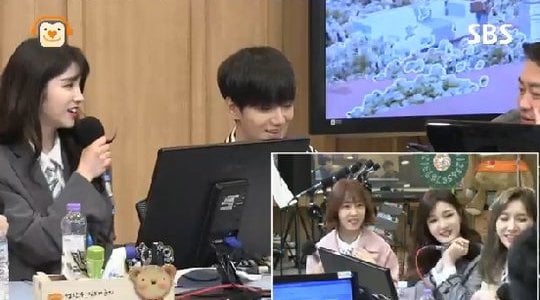 While talking about a time he ate exactly three pieces of salted shrimp because his mom insisted it was okay, the idol hilariously recalled, “I went to the press conference for ‘Awl’ right after I ate [them].”

Yesung continued, “Back then, Siwon called me right away after he saw pictures from [the conference]. He asked, ‘Do you get shots (botox) on your face?’ [because my face was swollen].”

The Super Junior member also hinted at the group’s future plans, as well as his amusing feelings about Kyuhyun’s upcoming enlistment.