Singer-songwriter Suran is dropping a new mini album this month.

February 14, according to Suran’s agency, Million Market, the singer’s second mini album will be released sometime in March. Her pre-release track, “Hide and Seek,” will be out on February 19 at 6 p.m. KST.

Suran debuted in 2014 with the single album “I Feel,” steadily making her name known for her unique voice and singing talent as well as her producing and songwriting ability. Most recently, Suran featured on a track called “Empty” by Highlight’s Yong Junhyung. 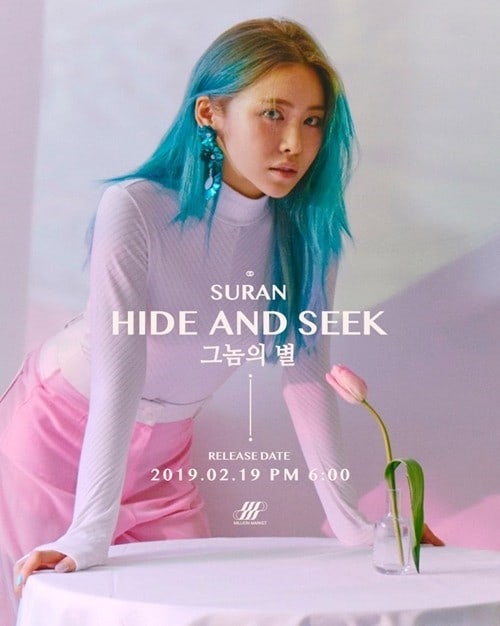