The backstory behind T-ara member Eunjung’s nickname and how she feels about it were revealed on April 27 through the third episode of Naver V App’s “T-ara’s Xin Chao Vietnam,” a show where T-ara meets their Vietnamese fans.

While Eunjung and Qri ride around in a car, Vietnamese fans can be seen following along on motorcycles and on foot. Some fans even call out to Eunjung by her Korean nickname “Oppa,” which is a friendly term used by women to address older men, and one has a banner with the nickname on it. 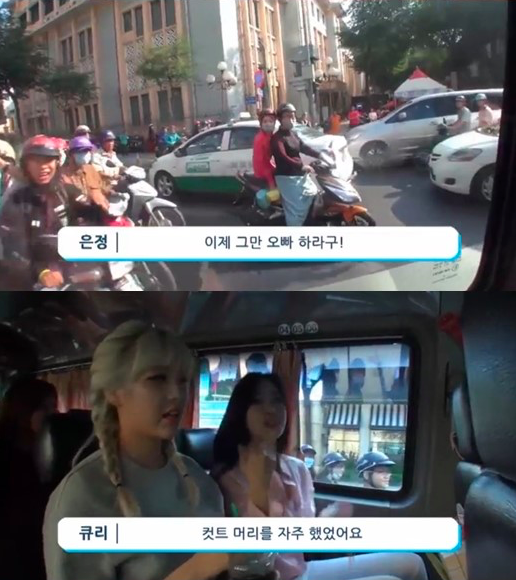 “Though Eunjung’s hair is now long, it used to be super short. She had a boyish image, while I took on a feminine look. That’s why fans would always call her oppa when the two of us were together,” Qri explains. 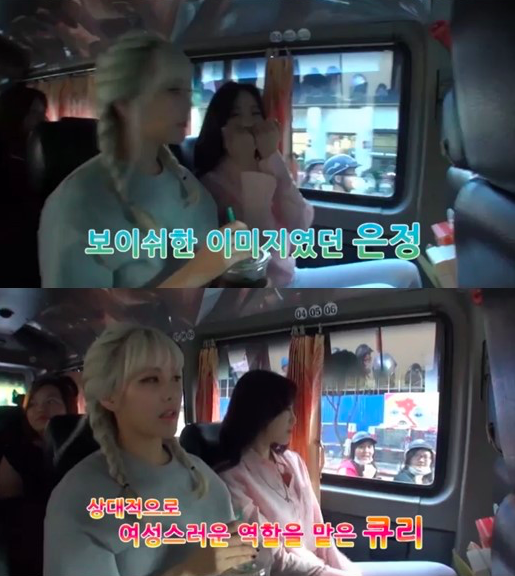 “I think they call me that because I take good care of them,” Eunjung says. 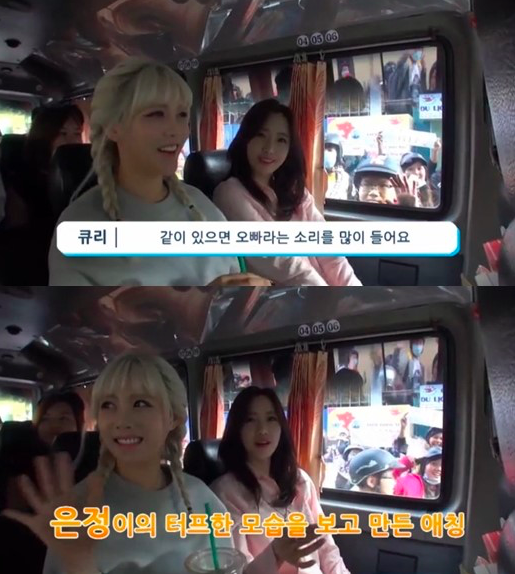 Watch the members of T-ara in the latest episode of “T-ara’s Xin Chao Vietnam” below!