Once again, V and Jungkook have become a top trending topic, thanks to their loveable friendship, KBS News9, and ARMY. 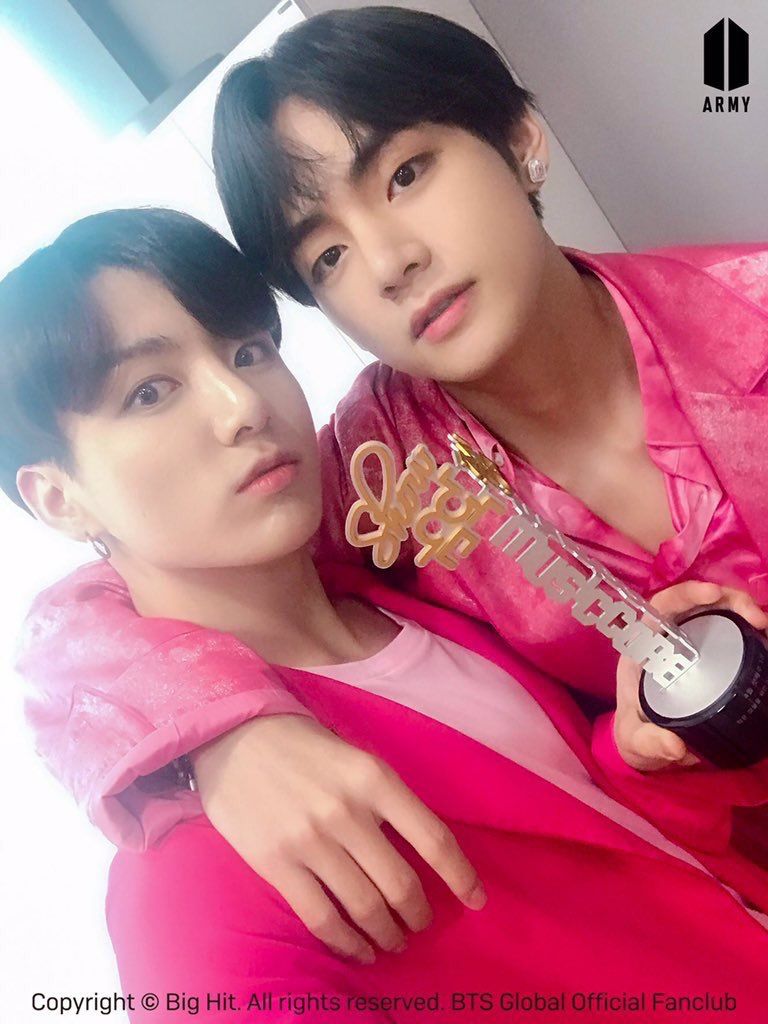 On September 10, BTS appeared on South Korea’s prime time news, KBS News9, to discuss “Dynamite’s” historic achievements, and more. BTS’s disco-pop song reached No.1 on the Billboard “Hot 100″ chart not once, but twice.

Before the interview, a news crew filmed BTS arriving and touring the station together. All eyes were on these humble history-makers as they moved from floor to floor, checking out the sights. 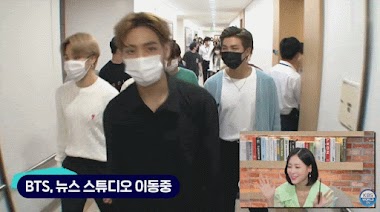 At one point, ARMY’s zeroed in on V and Jungkook, dressed in contrasting black and white outfits. They moved as one with V holding onto the maknae’s arm and shoulder. 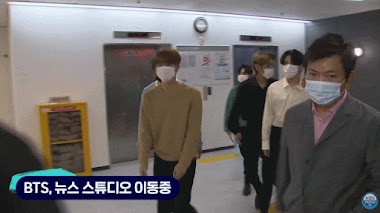 Even the camera operator couldn’t help zooming in! 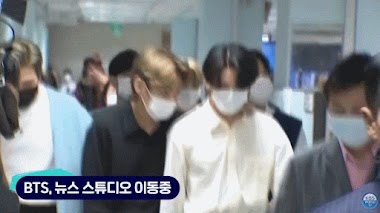 Normally, two people walking together wouldn’t become a trending topic, but this is BTS. ARMY doesn’t get nearly enough “TaeKook” moments for their liking…

It's a taekook selca pic.twitter.com/P9IVR8tMAX

…so whenever one does happen, they celebrate it! 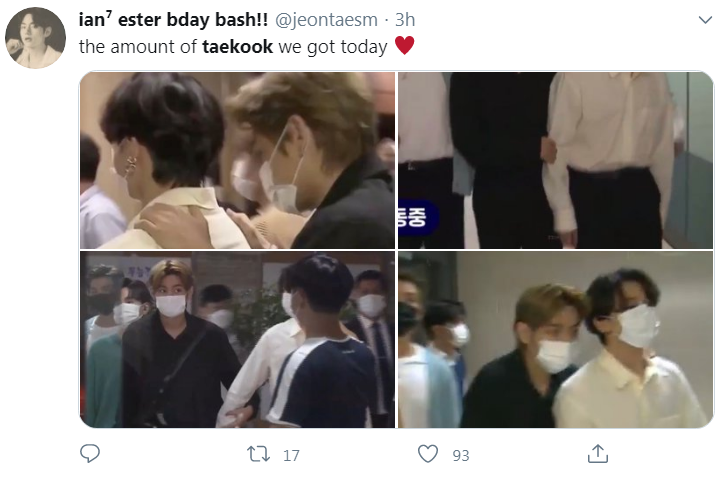 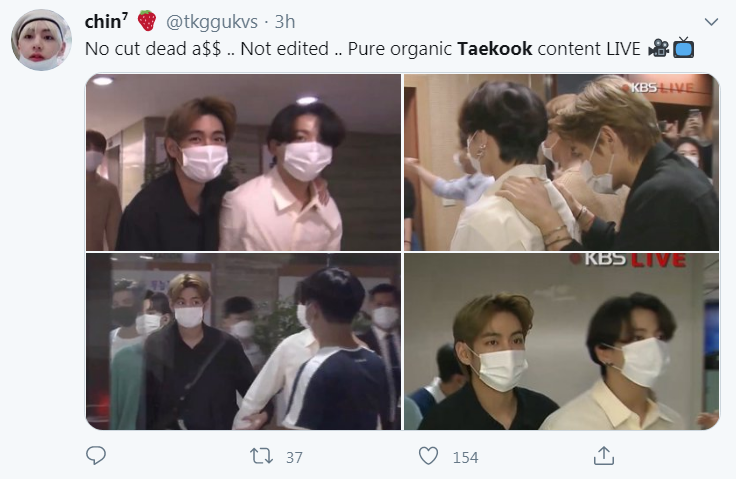 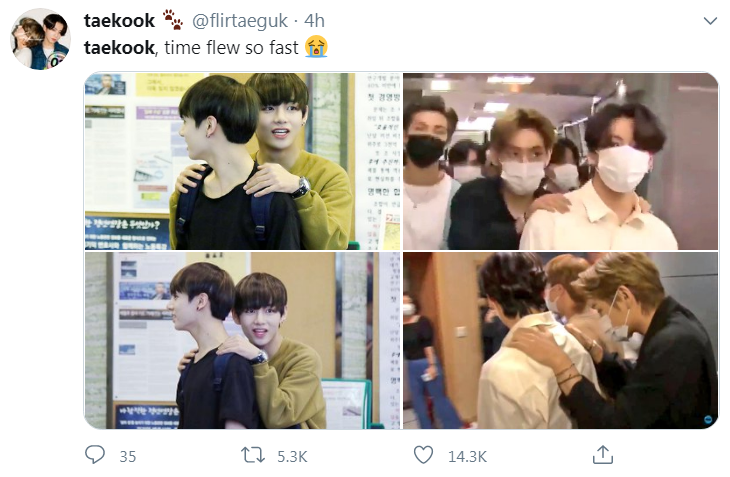 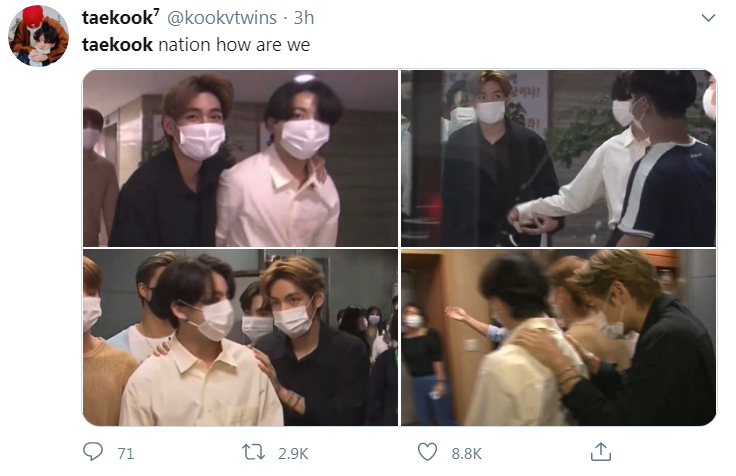