During the 2011 Angel Price Music Festival, Girls’ Generation‘s Taeyeon was nearly kidnapped off stage by a strange man. 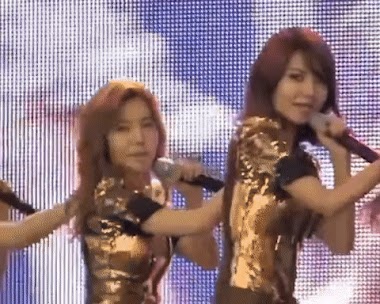 While performing their hit song “Run Devil Run,” an unknown man casually walked on stage and grabbed Taeyeon by her arm. Frightened, Taeyeon tried to resist being pulled by the man; however, she could not fight him. Several members were unaware of the situation while others were confused about what was happening.

Luckily, there are two heroes in this story. One is none other than fellow member Sunny. As soon as Sunny spotted the man’s grip on Taeyeon, she calmly went after them.

Fans were quick to give Sunny praise for her great bravery in saving Taeyeon from a crazy kidnapping. Even when being pinned down by the security guards, the man never let go of Taeyeon, but neither did Sunny. Sunny continuously held onto Taeyeon until she was safe.

In an episode of Beatles Code, the host Yoon Jong Shin questioned Sunny on her act of bravery asking “isn’t it a scary thing to do?” 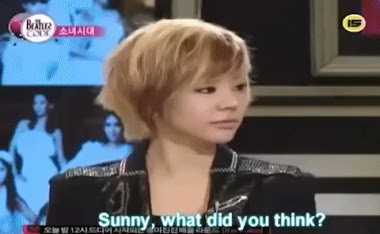 Sunny revealed that everything was happening so quickly that she didn’t even have time to think about her actions: “I didn’t think about what to do, honestly.” Member Tiffany adds into the conversation that it’s just instinct to save a group member. 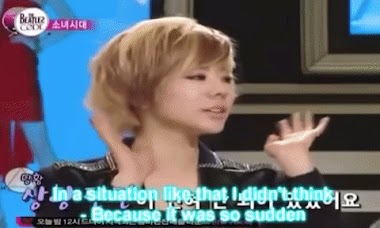 The other hero in this unfortunate event was the host of the music festival, comedian Oh Jung Tae. Within the footage of the incident, Oh Jung Tae can be spotted stopping the man right before he is about to exit the stage.

Fans acknowledge the comedian’s effort as he consistently tries to pull the man apart from Taeyeon.

In his own interview with Starnews Korea, Oh Jung Tae shares that he isn’t a hero. He just happened to be the first person on the stage.

The interviewer proceeded to then ask about Taeyeon and if she was shocked. He replied that she very shocked. Even he was shocked he claimed. Oh Jung Tae explains that even Taeyeon cried after the incident took place. 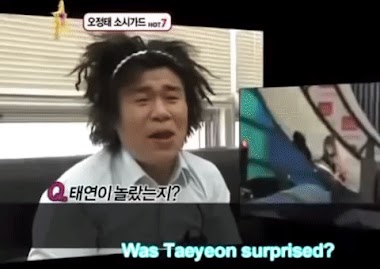 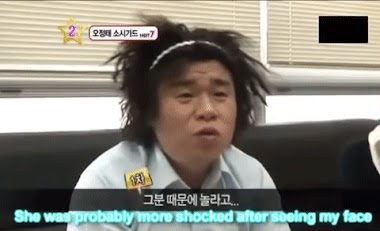 Lightening the mood, the comedian cracks a joke stating that Taeyeon was probably more shocked from seeing his face. Overall, the fans complimented Oh Jung Tae naming him “Girls’ Generation’s bodyguard” and a “national hero.” 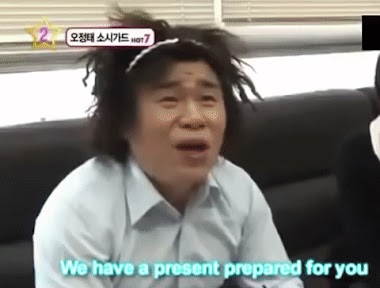 The man responsible for everything claimed to just be a passionate fan and apologized. Fans were quick to label the man as a Sasaeng.

Following this attempted abduction, Taeyeon took a much-needed break to recover and did not press any charges.

Check out a clip of the incident and interviews below: