A Tale Of A Kick-Ass Woman: What To Look Out For In “Princess Agents”

“Princess Agents” is a 2017 C-drama adaption of a novel written by Xiao Xiang Dong Er. It enjoyed overwhelming success when it aired on television networks and streamed on various portal sites, and was also lauded as the most watched Chinese drama of all time.

If you’re on the fence about watching this drama, then read on for reasons why you should give it a chance! 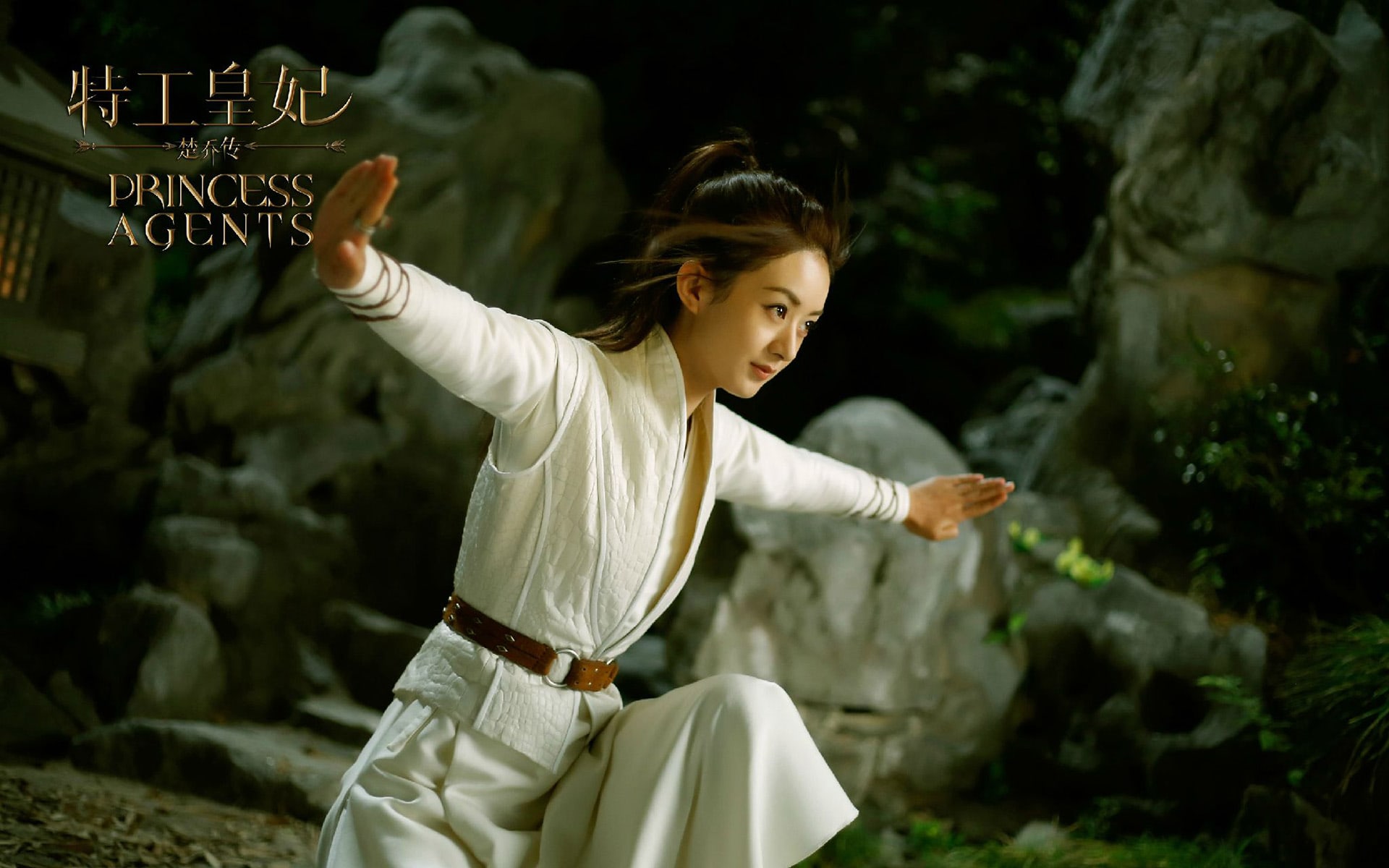 The storyline, as with most historical dramas, is largely about royal factions vying for power. While the drama starts off talking about step siblings who are fighting for the “God of Eyes” (akin to a spy network), it eventually gives way to the larger storyline of nations at war.

At the center of all this chaos is our heroine, Chu Qiao, played by Zanilia Zhao. Chu Qiao begins her journey as a lowly slave, but after being taken in and trained by Yu Wen Yue, the one who manages the “God of Eyes,” she begins to remember her forgotten past. She soon rises as a fierce warrior, exacting her revenge while questioning the discriminate treatment between different social classes. 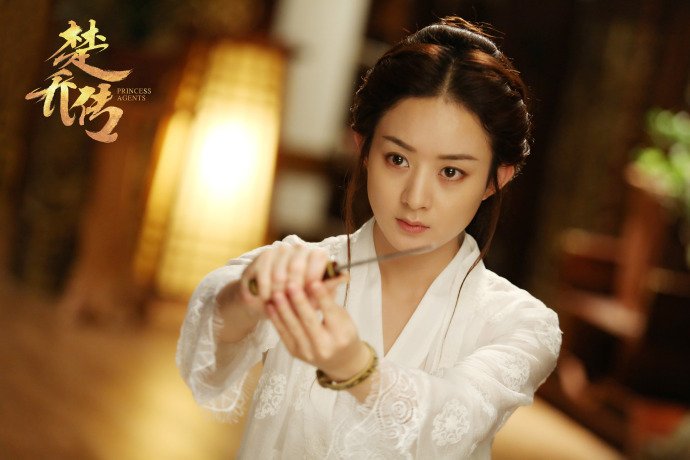 As mentioned above, when we first see Chu Qiao, she is a captured slave. But the first episode sets the tone for our heroine, as we see her summon her inner Katniss and battle wolves and arrow-wielding nobles.

You do not want to piss her off

Chu Qiao is no damsel-in-distress and is able to hold her own for the most part. Courageous and resilient, she isn’t afraid to fight back when she’s been wronged. It’s certainly not every day you see a drama heroine decapitate her enemy! Zanilia Zhao performs Chu Qiao’s fight scenes beautifully, and they’re choreographed in a way that allows us to believe that someone of her stature can take down multiple men twice her size. Zanilia is known to be a box-office guarantee, and most, if not all of her recent dramas have performed exceedingly well. And thanks to her action scenes, this drama is also no exception. 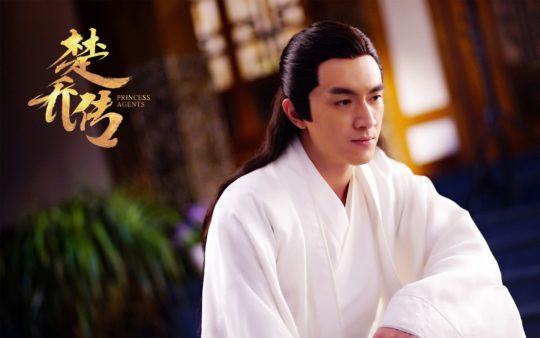 Kenny Lin plays Yu Wen Yue, the fourth son of the Yu Wen house and the one manages the “God of Eyes.” He is a very stoic man with few words (and facial expressions), but he is loyal to his household and country. Intelligent and perceptive, he is definitely a person you want on your side. From the very beginning, we realize that he feels affectionate towards Chu Qiao even though he would never admit it, and his subtle affectionate behavior is fun to watch. One such instance is when someone refers to them as a couple, confusing Chu Qiao. As it turns out, the sword Yu Wen Yue had given to her a looong while ago, was a match to his own sword. He had sneakily given her a couple item without her even knowing, or before even agreeing to a relationship!

Kenny is known to be somewhat adorkable in real life, so his fans will really enjoy watching this more suave side of him. 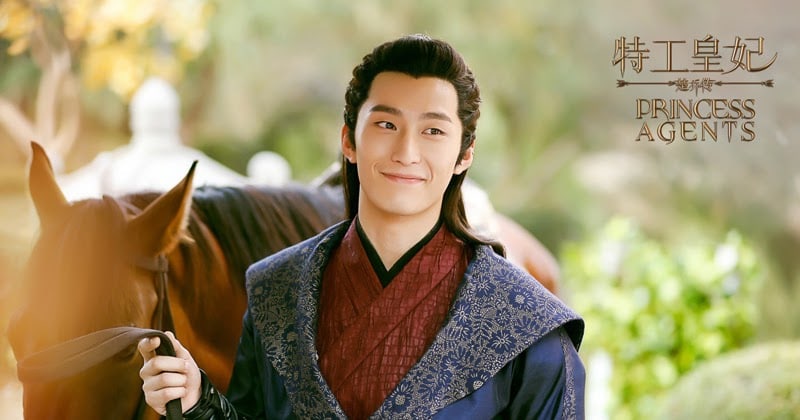 Yan Xun’s character arc is one that I enjoyed, and the actor Shawn Dou is largely to be credited for this. Yan Xun, the Prince of Northern Yan, started off as a happy-go-lucky character despite his status as a captive of Western Wei. He grew up with the nobles of Western Wei, and had formed a brotherly bond with them. However, after the death of his family at the hands of those very nobles, he becomes vengeful and ruthless, vowing their destruction. Shawn shows a great acting range in this role, allowing the character progression to be believable. And goodness, his smiles! Be it his cheeky smile, his big grin, or the loving ones he saves for Chu Qiao, his smiles definitely make the world a better place. 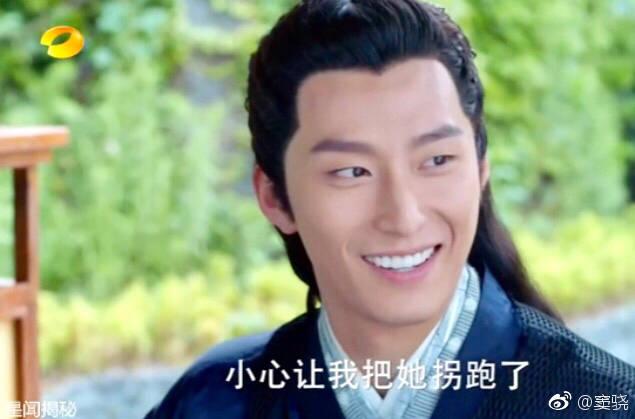 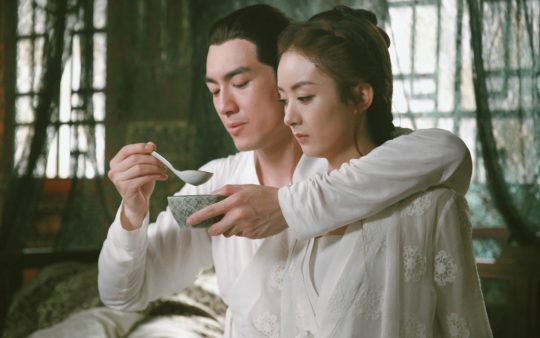 The drama, unlike the novel, places heavy emphasis on the loveline between Chu Qiao and Yu Wen Yue. In dramaland, we often see a tsundere character coupled with a bubbly character, with the bubbly type chipping away at the cold exterior. Rarely, do we see a paring of two chic and stoic characters, which is what we have here. They refuse to back down to each other, and while their stubbornness can sometimes be exasperating, it lends itself to some dry humor which I found endearing. Plus, it was hilarious to watch Yu Wen Yue’s jealous behavior.

Yu Wen Yue jealously chucks the snack a passerby gives to Chu Qiao, then goes off to get her one himself.

And as per dramaland rules, Yan Xun is the third point in this love triangle. Yan Xun starts out the drama fascinated with the little slave who refuses to die. His fascination eventually grows into a full blown attraction, often putting everything on the line to get Chu Qiao out of dire situations. But when their principles no longer align, their feelings for each other complicate matters, lending itself to much of the tension in the drama.

Honestly, I found myself swaying between the two ships. While usually rooting for the more openly affectionate Yan Xun, Yu Wen Yue would suddenly do something silly out of jealousy and make my heart go aflutter!

Despite the huge popularity, the drama is not without its faults. One main criticism arises from the spotty dubbing. A chunk of the script seemed to be altered in post-production, so what we hear often doesn’t sync with the actors’ lip movements, which can be rather distracting. While this is often seen in C-dramas, it was especially severe in this drama and was an issue that bothered me.

However, don’t let this be the reason to deter you from watching this drama. Overall, this is a popular drama for a reason. The actors are easy on the eyes, there is an interesting storyline, and the characters are easy to root for. So if you’re a fan of any of these actors, or just a fan of Chinese historical dramas in general, then this is definitely a drama you should check out!

Watch the trailer for “Princess Agents” below:

Catch the first episode of the drama:

Are you part of the millions of people who have watched this drama? What did you enjoy most about it? And if you have not watched it yet, will you be giving it a try? Let us know in the comments below!

Belinda_C is an avid watcher of dramas, be it K-, A-, C-, or T-, but she wishes that C-dramas aren’t that long. She also loves Shinhwa.