On the April 15 episode of MBC’s “King of Masked Singer,” two singers known as “Pottery” and “Goryeo Celadon” went head-to-head in Round 1.

The two competitors sang the duet “It’s Gonna Be Rolling,” originally performed by Park Hyo Shin and Lee Sora. Both singers highlighted their powerful voices and even showed great teamwork during the duet. 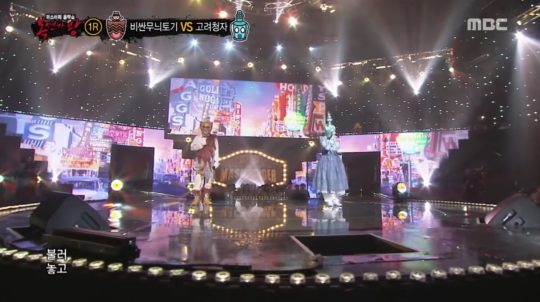 Panelist Yoo Young Seok said, “‘Pottery’ has an expensive-sounding voice. It goes straight into your ear.” He added, “There’s something explosive in [‘Goryeo Celadon’s’ performance]. The king should be worried about his throne.”

In the end, “Pottery” won the round and “Goryeo Celadon” sang MAMAMOO’s “Decalcomanie” as her kiss-off song before she took off her mask.

“Goryeo Celadon” turned out to be Michelle Lee, a solo artist and a former contestant on the audition program “K-Pop Star.” She was briefly signed to YG Entertainment after her appearance on the show but when plans for a girl group fell through she went to another agency and released her debut single “Without You” in 2014. She has also spoken out on her experiences with discrimination in South Korea in the past. 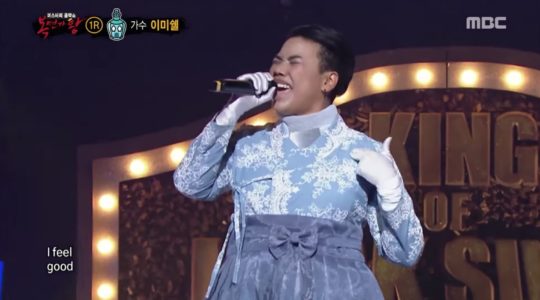 After she took off her mask, Michelle Lee shared that she appeared on the show to prove that she could perform sweet and delicate songs after being known for her high notes and powerful vocals. She also said, “I had a premonition. In my dream, I asked a writer [on ‘King of Masked Singer’] what time the shoot ended, and they said 6 o’clock. I lost in the first round so I did end up leaving before 6.” 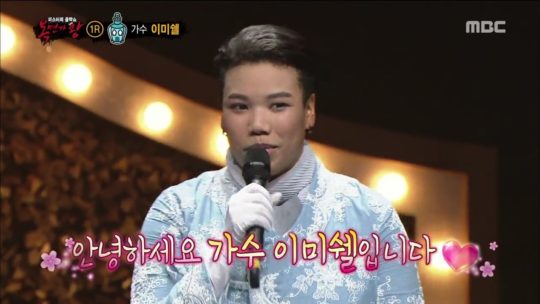 Check out her performance in the latest episode of “King of Masked Singer” below!