NCT‘s Taeyong has four tattoos now, after his newest two was unveiled in a recent promotional video with SuperM. Recently, he had gotten tattoos of a North star and an anchor.

Taeyong’s other known tattoos include the words “under” and “stand” on the back of either arm. This is one that is precious to fans as he had explained that he had gotten them as a reminder to always try to think of things from the other party’s perspective. As he was going through a particularly hard time then, fans thought this notion was very benevolent of the star. 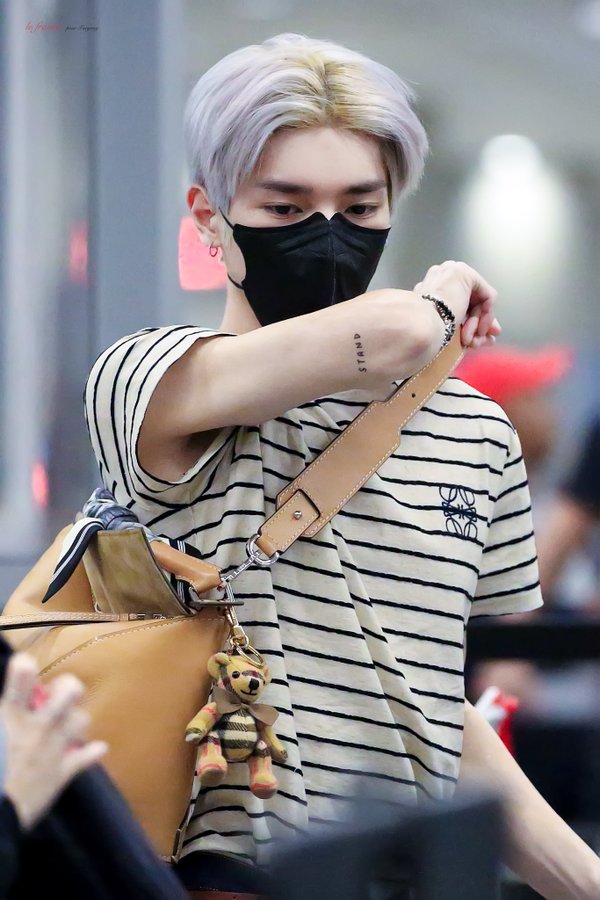 He also has a tiny caricature of his puppy, Ruby, etched on his inner arm. 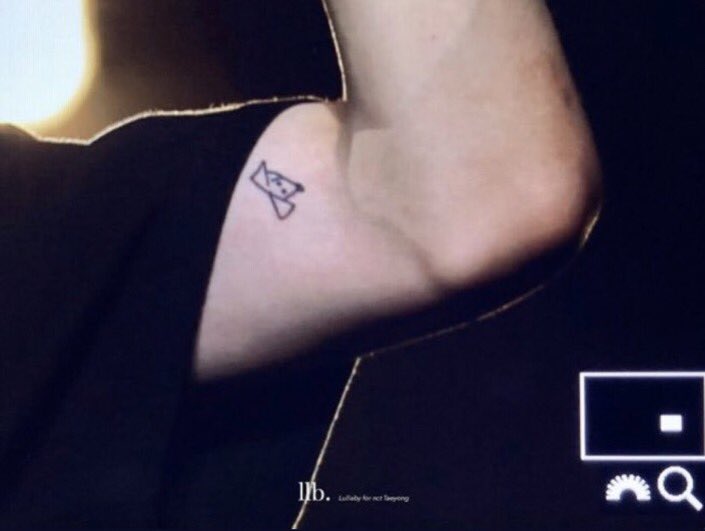 However, what fans may not know is that Taeyong almost got a different tattoo! Once his new ones were confirmed in yesterday’s videos for SuperM, one of his fansites, Tyrant Syndrome, decided to release a photo from their Vietnam schedules at a concert in Hanoi that took place in January 2020.

Looking closely, there is a faint outline of a whale on his arm, above his existing “stand” tattoo! The faded ink is likely from a draft tattoo, that most tattooists do up with printer ink on their clients before the actual one. It takes a day or so to fade usually. It seems that Taeyong was planning for this one but he didn’t follow through!

Fans thought it especially meaningful as in the lyrics of his first solo song, “Long Flight”, he sings “now my heart is the size of a real whale, the shark in my mind is no longer there“. Perhaps this was the motivation for the tattoo! Take a listen to the song below.

Finally, 2 New K-Pop Albums Have Made It Onto The Billboard World Albums Chart