Things are about to get awry for Choi Michaela (Lee Sung Kyung) according to new stills released for tvN’s Monday-Tuesday drama “About Time.”

“About Time” is the story of Choi Michaela, a woman who can see how much time each person has left in their lives and knows she doesn’t have much longer to live, and Lee Do Ha (Lee Sang Yoon), a man who can mysteriously stop Michaela’s countdown clock. She has been trying to get closer to him as she believes he holds the key to her continued existence, but a wrench has been thrown into her plans with the introduction of Bae Soo Bong (Im Se Mi), the fiancée of Lee Do Ha and the only heir to a media conglomerate. 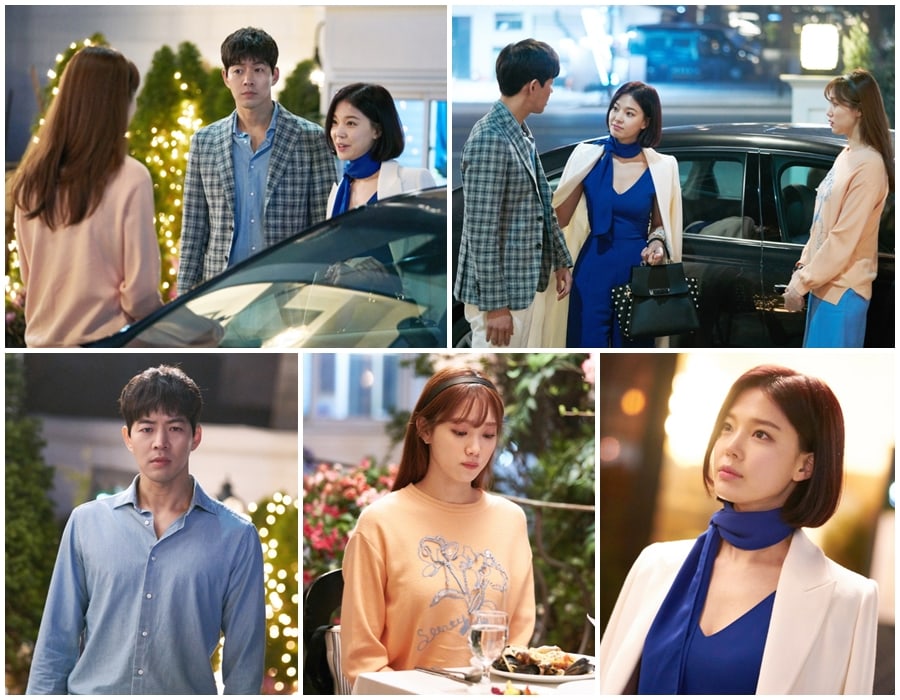 The production staff stated, “Though things had only just begun for Lee Do Ha and Choi Michaela, they’ve quickly been brought back to reality with the introduction of Bae Soo Bong. There will be an unexpected butterfly effect that comes from her appearance. Tensions will rise as the story progresses between the three characters.”

tvN’s “About Time” airs every Monday and Tuesday at 9:30 p.m. KST. Check out the first episode below!