Some of you may have wanted to know, “How can Yeo Jin Goo appear on the screen as the clown and king at the same time? Where was the locations of the drama?”

Well, the production crew of “The Crowned Clown” decided to share some of the most mysterious questions about filming.

First off, many viewers are curious about how the scenes of clown Ha Seon and King Lee Heon were filmed simultaneously. When Yeo Jin Goo acts as Lee Heon in his royal robes, his stand-in actor takes the place of Ha Seon and only his back is filmed. Then when Yeo Jin Goo has to act as Ha Seon, he and his stand-in actor exchange clothes, and the same process is repeated.

Also, when Ha Seon and Lee Heon need to be captured on one screen, computer graphics are used to superimpose their pictures separately, and Yeo Jin Goo performs using his imagination without any other actors in the scene. The production crew commented, “The scene in which Ha Seon and Lee Heon appear at the same time takes twice as long as the other scenes and takes a lot of effort. It is a very difficult performance for the actor, both physically and in mind control. We are very surprised of and grateful for Yeo Jin Goo’s perfect immersion of his role.” 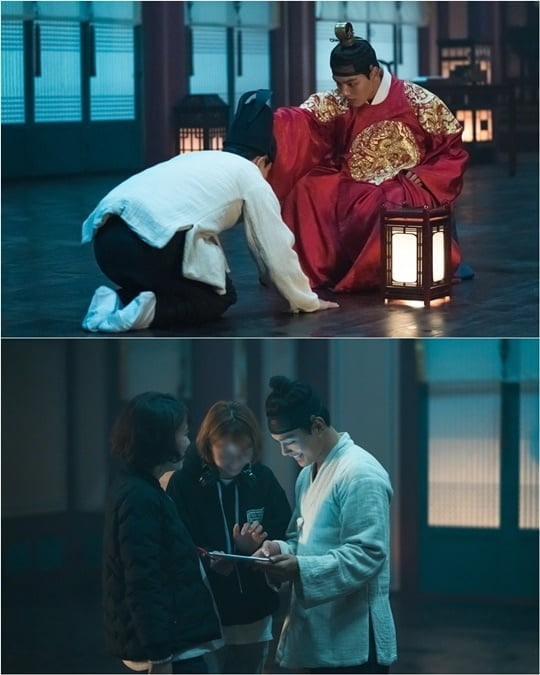 The drama is also known for its beautiful and rich views. Prior to the broadcast, Yeo Jin Goo had admired, “Whenever I arrive at the film set, the view is amazing.” After the drama started to air, viewers are amazed at the picturesque nature of the scene and inquiring about the location through the viewer bulletin board.

In the first episode where Ha Seon is heading to Hanyang, the scene was filmed at Hwangmae Mountain in Hapcheon. The wide, splendid view opened up the hearts of viewers and refreshed their bodies. The ending of episode four was filmed at Gasan Rock in Palgongsan Mountain in Chilgok. The part where Lee Gyu (Kim Sang Kyung) told Ha Seon “from now on, you are the true king” was filmed at Palgong Mountain.

Above all, the ending scene of the eighth episode when Lee Gyu poisoned Lee Heon and shocked him was held at Gijipo Beach in Anmyeon Island. The bleak sandy beaches and the lonesome breaking waves have fueled the viewer’s bitter aftershocks, amplifying the feelings of Lee Heun and Lee Gyu.

The production crew stated, “We are working hard to find the right places for the drama. There will be many more scenes with beautiful scenery, so please look forward to it.” 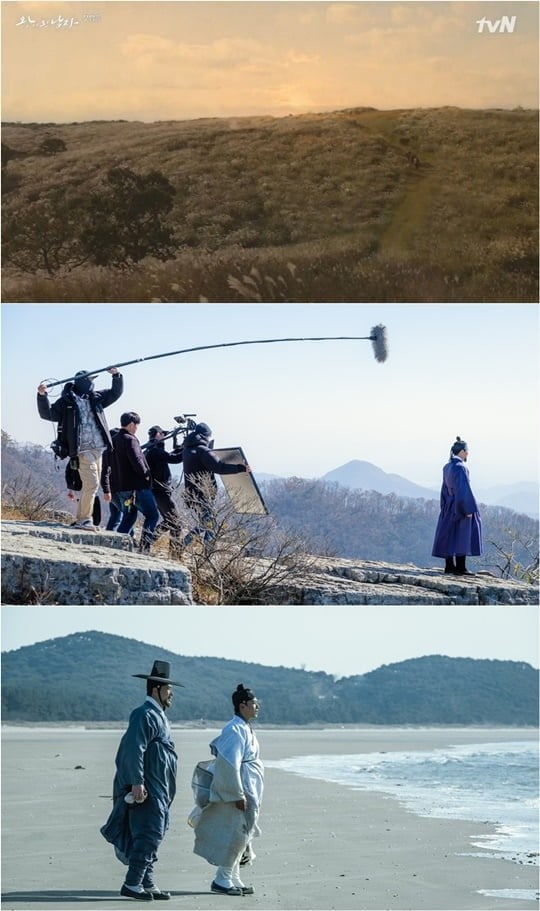 The drawing of the chief eunuch (Jang Gwang) that was gifted by Lee Heon before he left in episode four became a hot topic. It had actually been drawn by Yeo Jin Goo himself. The production crew revealed, “On this day, a ‘chief eunuch drawing contest’ was held at the site. Among them, Yeo Jin Goo’s drawing was chosen as the top prize and appeared on the air.” 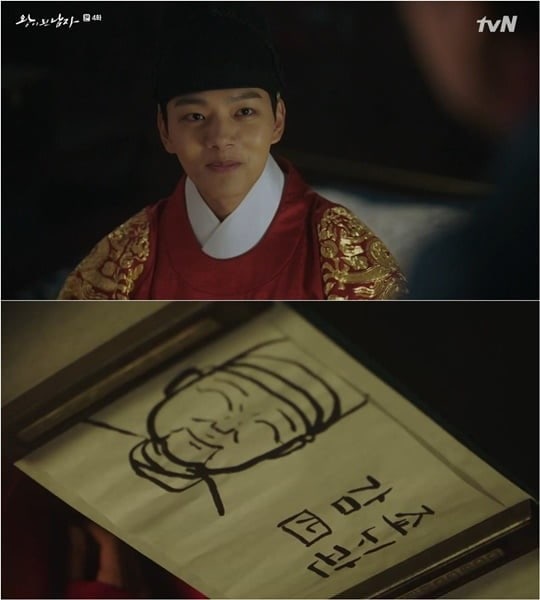 Catch up to “The Crowned Clown” below!