On February 1, “The Fiery Priest” unveiled their first poster for the drama featuring Kim Nam Gil.

The poster has a strong aura with a priest dressed in black and a white clerical collar, which is splattered with blood. His hands are also bloodstained as he holds a gun cocked in a vaguely menacing stance. Most of Kim Nam Gil’s face is also hidden from the viewer, except for his terrifying smile. 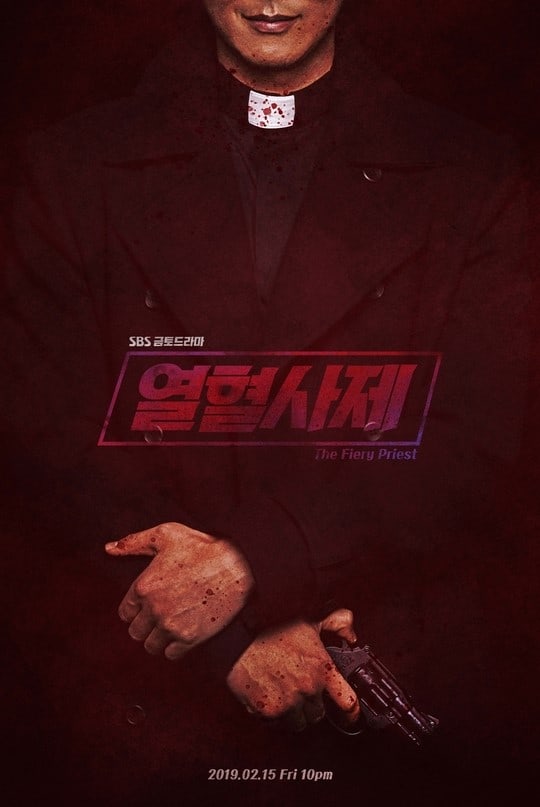 Kim Nam Gil plays Kim Hae Il, hot-tempered Catholic priest who teams up with a cowardly detective (Kim Sung Kyun) to solve a murder. In stark contrast to the poster, the drama is said to be an investigative comedy.

The other posters for the drama will be released on February 2 and 3.

“The Fiery Priest” also stars Honey Lee and is written by the screenwriter of “Good Doctor,” “Chief Kim,” and “God’s Quiz” and is directed by the producing director (PD) of “Punch” and “Whisper.”

It premieres on February 15 at 10 p.m. KST and will be available on Viki! Check out the trailer below: