The tension is palpable in newly released stills of 2PM’s Junho and Yoon Se Ah from the upcoming drama “Just Between Lovers”!

In the new JTBC drama, Junho plays the role of Lee Kang Doo, a tough, street-smart kid who struggles to make a living by working odd jobs at the dock. After miraculously surviving an accident with Ha Moon Soo, an architect with hidden emotional scars of her own (played by Won Jin Ah), he falls in love with her.

Yoon Se Ah plays the character of Ma Ri, a club owner who cares deeply for Kang Doo. In the scene featured in the stills, she attempts to set him up with a steady job by offering him the business card of someone she knows.

The stills also show Ma Ri closely inspecting a wounded Kang Doo, who appears to have fresh cuts on his face and neck. 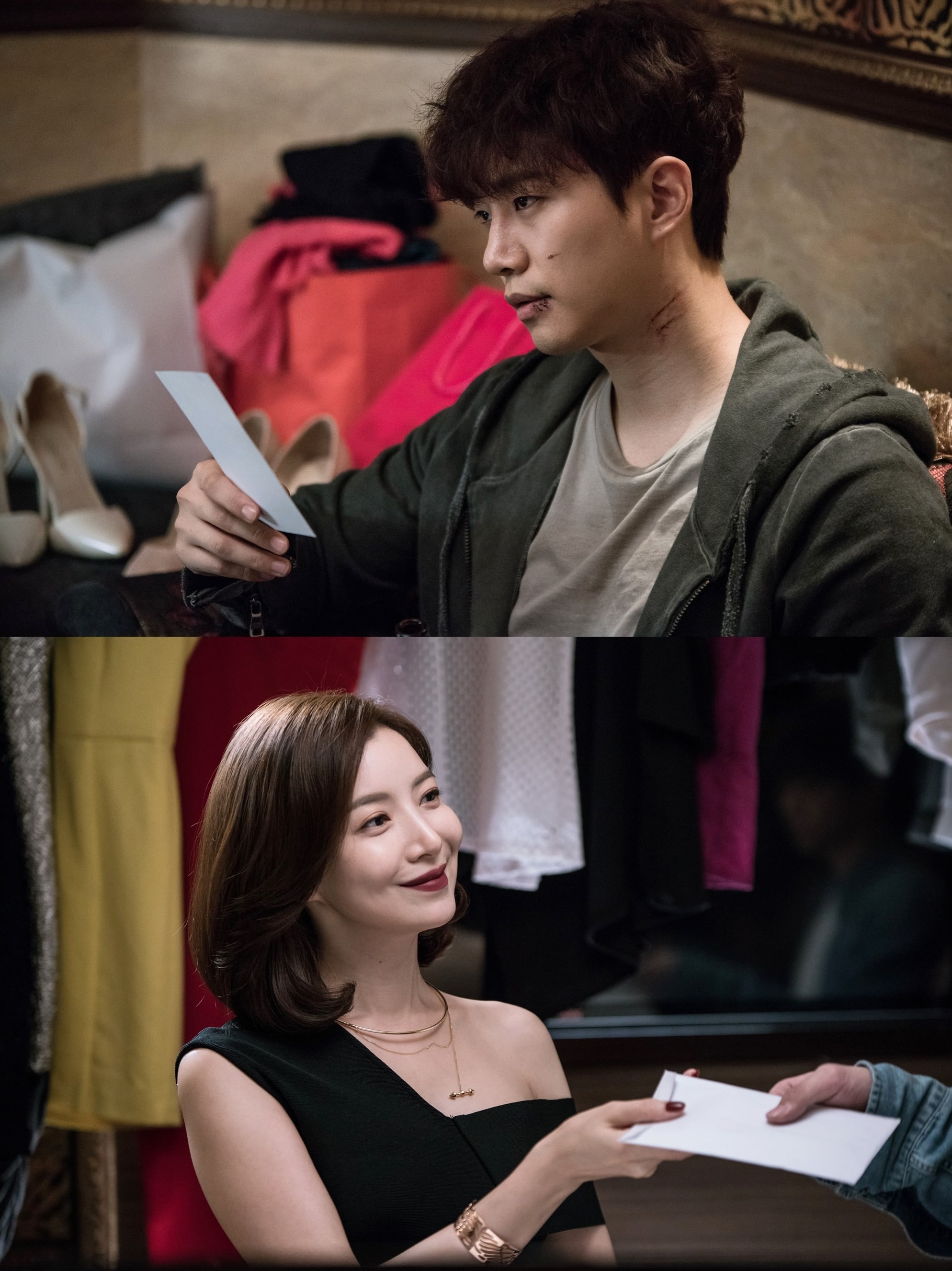 The producers of the drama reported that the two actors shared impressive chemistry during filming. “The relationship between Ma Ri and Kang Doo, who lives his life as if there were no tomorrow, is one of the exciting aspects of this drama,” they remarked. “Please look forward to the synergy between Lee Junho, who undergoes a complete transformation through his acting in the drama, and Yoon Se Ah, who showcases unrivaled charms [as an actress].”

“Just Between Lovers” will be helmed by Kim Ji Won, the director behind “The Innocent Man,” and will be written by Yoo Bo Ra, who also wrote “Secret Love.” The drama will air its first episode on December 11 at 11 p.m. KST.