Mir and Thunder opened up about their history on MBC every1’s “Video Star.”

On the February 12 episode, they appeared on the variety show as guests and talked about their relationship since Thunder and Lee Joon left MBLAQ in December 2014.

MC Park Na Rae began, “Mir and Thunder debuted as MBLAQ and lived together. Is it true that you guys didn’t speak to each other for five years after MBLAQ became a trio and that today is the first day you are meeting since then?”

Mir explained, “I was really young at the time. I was young in terms of my age, but with my thoughts as well. I was really hurt about the fact that we became a trio. It wasn’t so much that someone did something wrong, but I was just hurt about that. I could’ve just reached out, but it took me a long time to calm my emotions. Five years then passed by and I also did my military service during that time.”

When Thunder was asked why he didn’t reach out to Mir, he turned to him and said with a laugh, “I tried to contact you many times.” Mir replied, “I changed my phone number at the time. After 2014, I changed my number and didn’t go outside for about two years. I only stayed in the studio.”

Mir then revealed that they don’t have each other’s numbers to this day. Pulling out his phone, Thunder said, “I have Mir’s number,” but it turned out to be his old number. “This is a really bad habit of mine,” confessed Mir. “I make myself lonely and like being alone. I don’t like being lonely, but I forgot the way to meet people.” 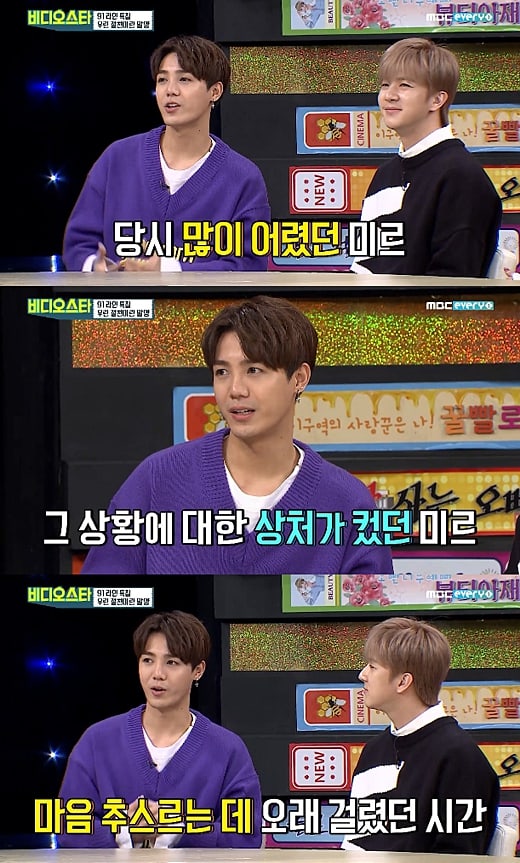 The MC then suggested that the two former members hold hands, make up, and exchange numbers. They stood at the front of the set and held hands.

Thunder began, “Five years have passed and I didn’t know that your feelings were hurt.” Mir replied, “I’m timid and get scared easily. My feelings were hurt and I was hiding, so I hope you don’t misunderstand it. Let’s all meet up and have a drink. I can’t drink though, so let’s resolve things with a glass of cola.”

Thunder jokingly added, “I drink a little now. I guess we’re constantly at odds. I became an extrovert and you became timid.” Mir concluded, “Let’s get closer from now on and hug.” 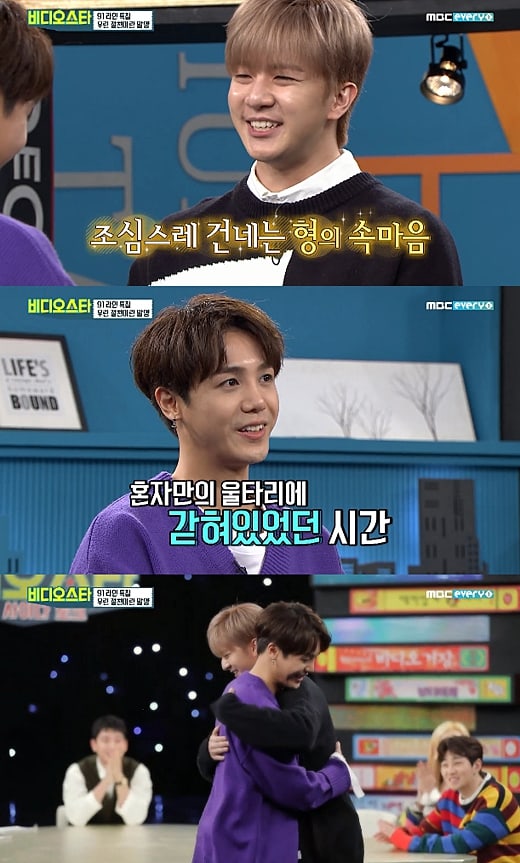