Thunder talked about his relationship with his older sibling Sandara Park on MBC every1’s “Video Star.”

MC Sandara Park and Thunder are six years apart. “At home, we wear pajamas and act comfortably around each other, so it’s awkward to dress up and use professional terms on air,” began Thunder. Speaking about his celebrity older sister Go Eun Ah, Mir added, “We don’t say a single word when we eat together. My older sister and I love each other so much that we not only exchange gifts, but also curse words. That’s what siblings are like in real life.”

“My sister debuted in the Philippines a long time ago,” continued Thunder. “She’s my sister, but her massive popularity was comparable to Lee Hyori‘s. So that had some perks.” Sandara Park added, “Fans still love me a lot in the Philippines.” Thunder revealed with a laugh, “A PC room in the Philippines told me that they’d give me a free pass for the rest of my life if I gave them my sister’s phone number. But I didn’t give it to them.”

In September 2018, Thunder terminated his contract with Mystic Entertainment and established an independent label called Lighthouse. He explained, “I decided to strike out on my own because I wanted to make a specific kind of music. In the past, you needed to do lots of promotions, but these days, it’s an era where people share things on social media if they like it. Every month, I release music that I like and have also been holding concerts and overseas fan meetings. I started last September and was operating in the black until December.”

When asked if Sandara Park helped him while setting up his label, Thunder replied, “My older sister is always helping me, and she’s an investor.” 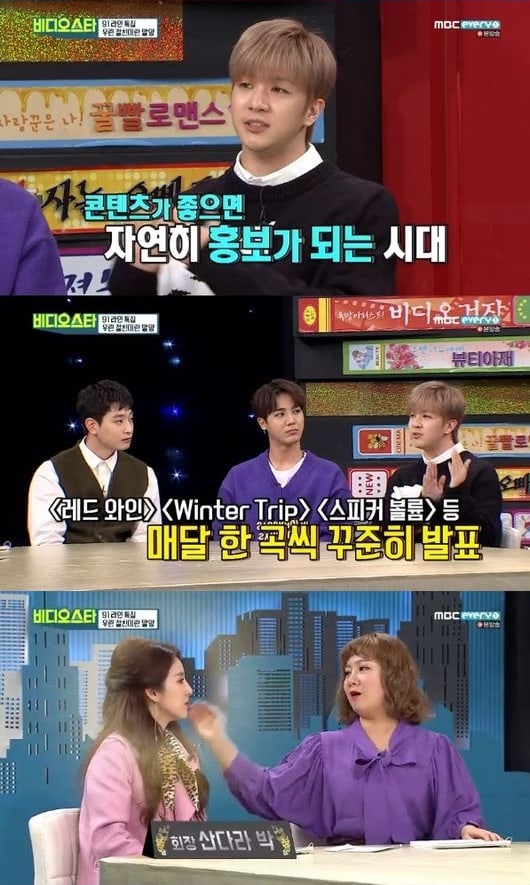