Red Velvet‘s backup dancers have been with the group so long, most fans consider them part of the family. And it seems the Red Velvet see things the same way, because the close friendship between these girls is one of the cutest things ever.

1. When they hit up the photobooth together at SMA

After their showstopping performance at the 29th Seoul Music Awards, Red Velvet and their dancers couldn’t resist trying the photobooth backstage. First, Seulgi uploaded some cute snaps of herself, Irene, Joy, and Yeri. 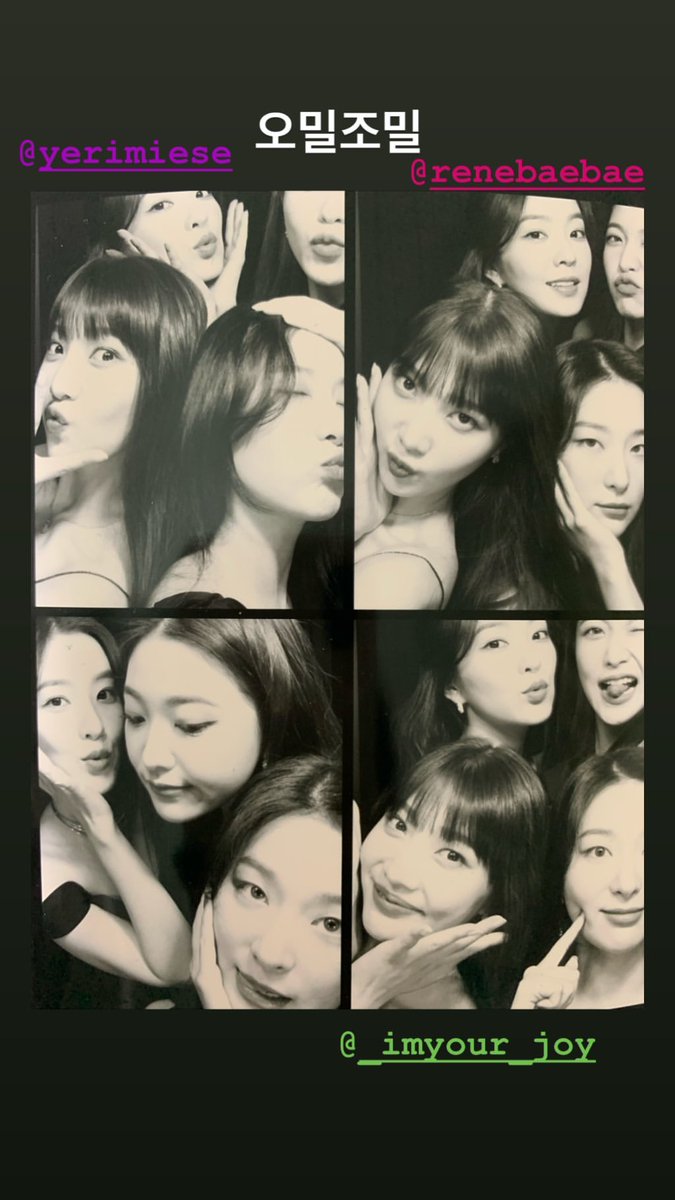 Next came the adorable photos of the members with the dancers! Seulgi took snaps with her name twin backup dancer, Yu Seulki—together, they’re known as 2Seul. 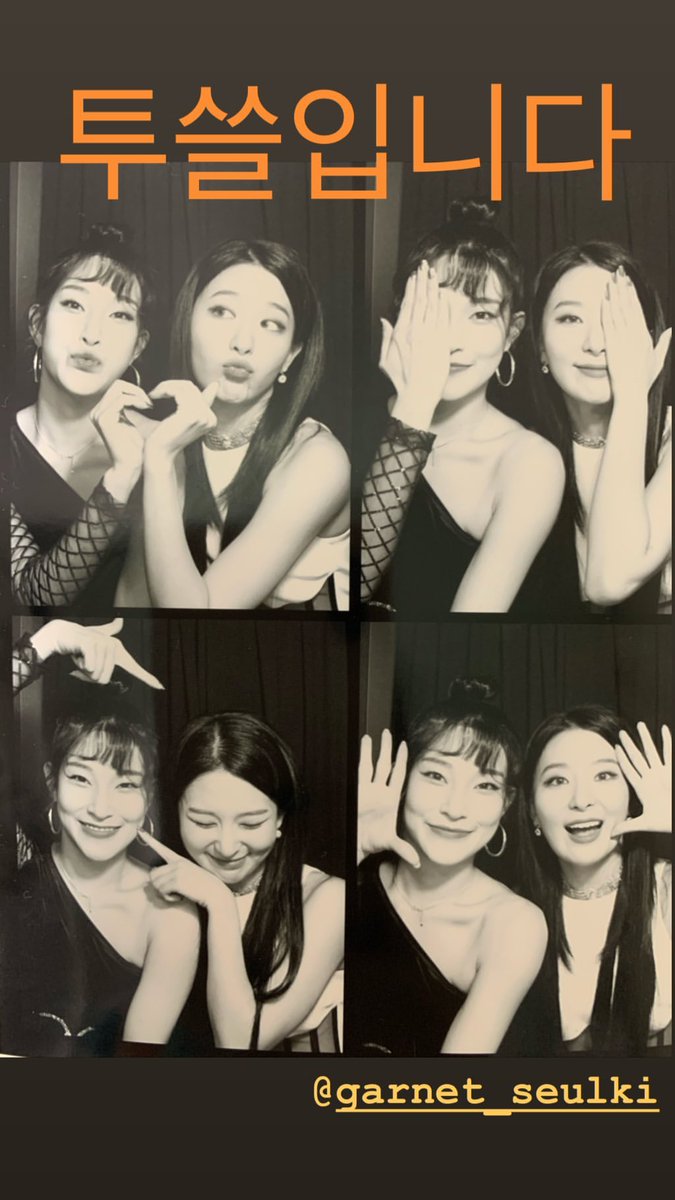 And Irene (real name Joohyun) hit up the booth with her own name twin, Kim Hyunyi. The pair call themselves JooHyunyi, though sometimes fans call them 2Hyun. 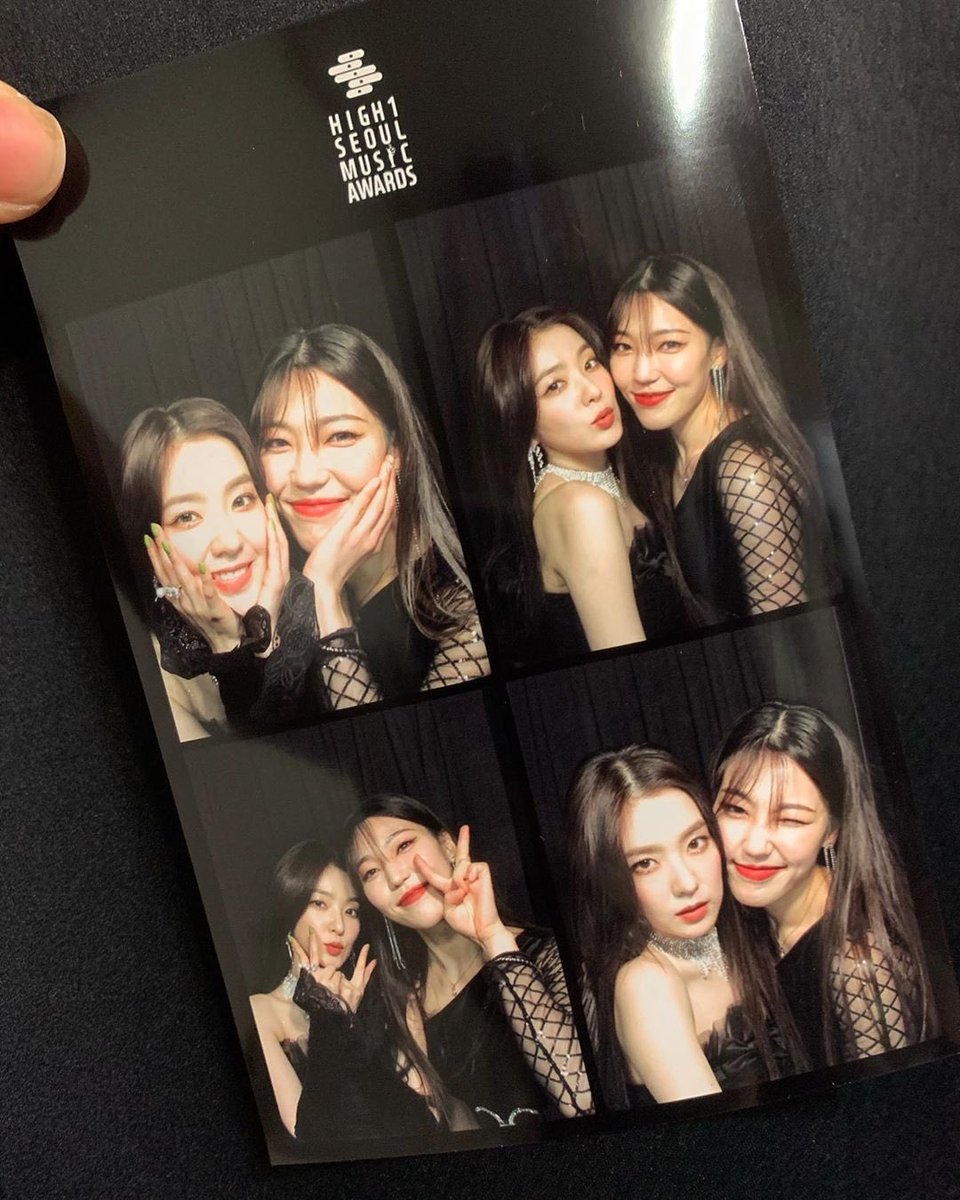 Seulgi even took photos with one of their choreographers, Choi Sunny. 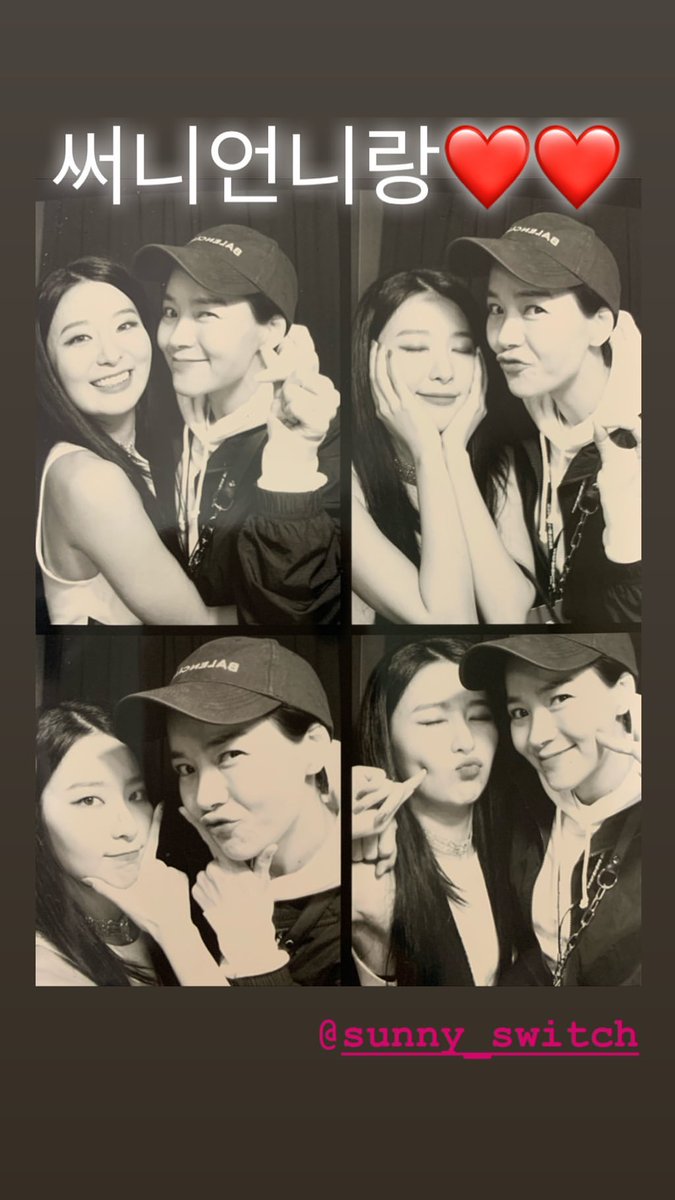 And Sunny uploaded the cutest video with Irene and Yeri.

2. When Wendy sent snacks & a letter for rehearsals

Unfortunately, Wendy has been unable to participate in Red Velvet’s “La Rouge in Japan” tour due to serious injuries she sustained at the 2019 SBS Gayo Daejeon. However, that didn’t stop her from showing love to the backup dancers who would be performing. While they were rehearsing for the first show, “Wendy angel” (as the dancers called her) had snacks delivered to the practice room. 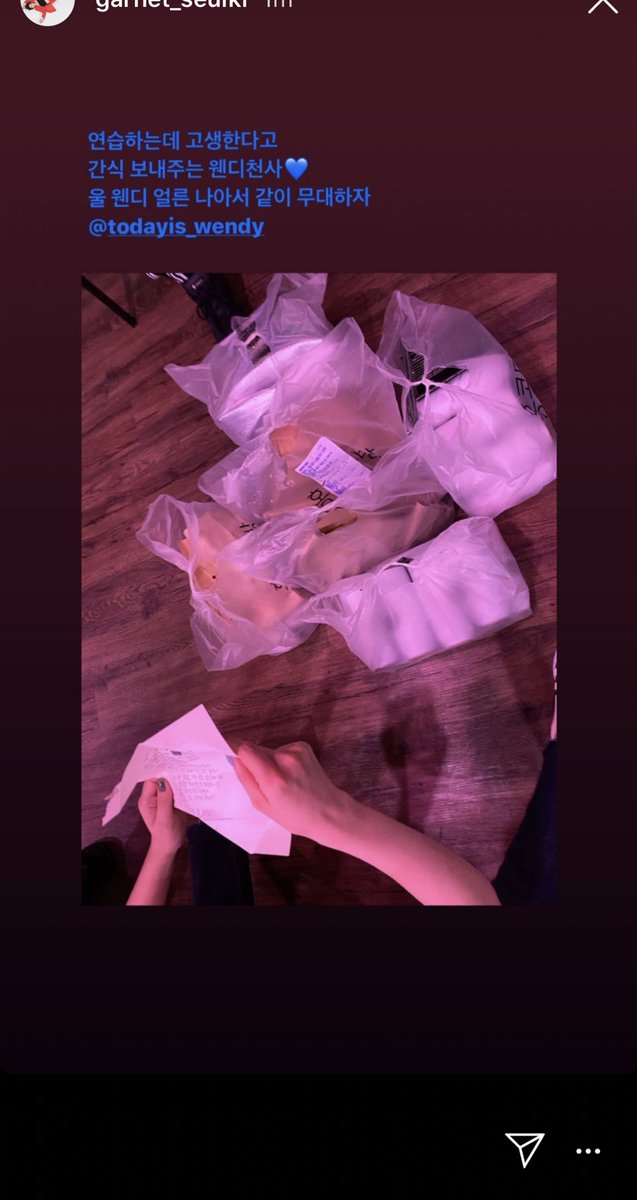 She even sent a long letter with the snacks! Most of the letter was blocked out when the dancers uploaded it to Instagram, but fans could make out a few words—”I’m sorry”, “I miss you all”, and “Fighting!”. 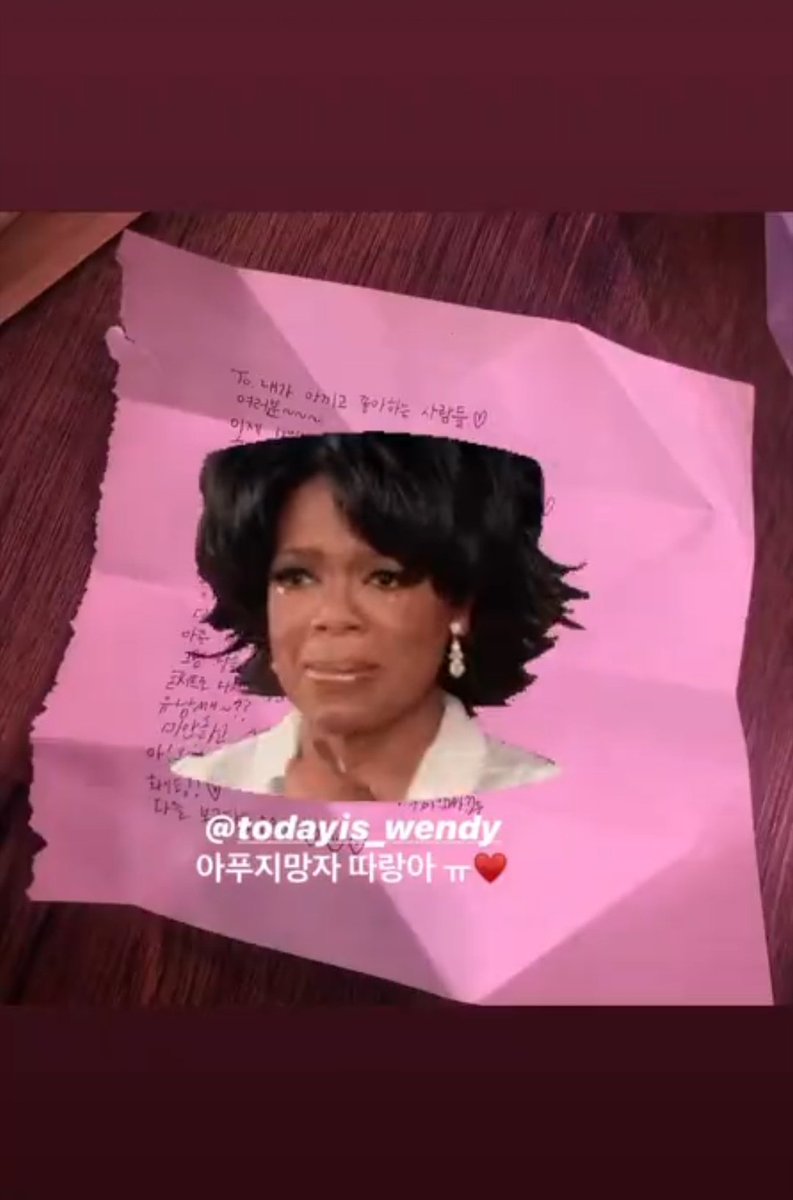 Since Wendy’s wrist is still healing, it’s likely she asked one of her parents or members to write down her thoughts. The cutest part is that she even made them add cute little hearts to the message.

3. When Irene bought them gifts

Irene is known for being generous, her members revealing that she often pays for their meals or buys them nice gifts. That generosity extends to the dancers too. After one of Red Velvet’s concerts in 2018, Irene surprised all the dancers with gift bags.

irene giving the back up dancers gifts after the concert ???????? pic.twitter.com/FabvL5gF7O

The dancers were eternally grateful when they shared the presents on Instagram. 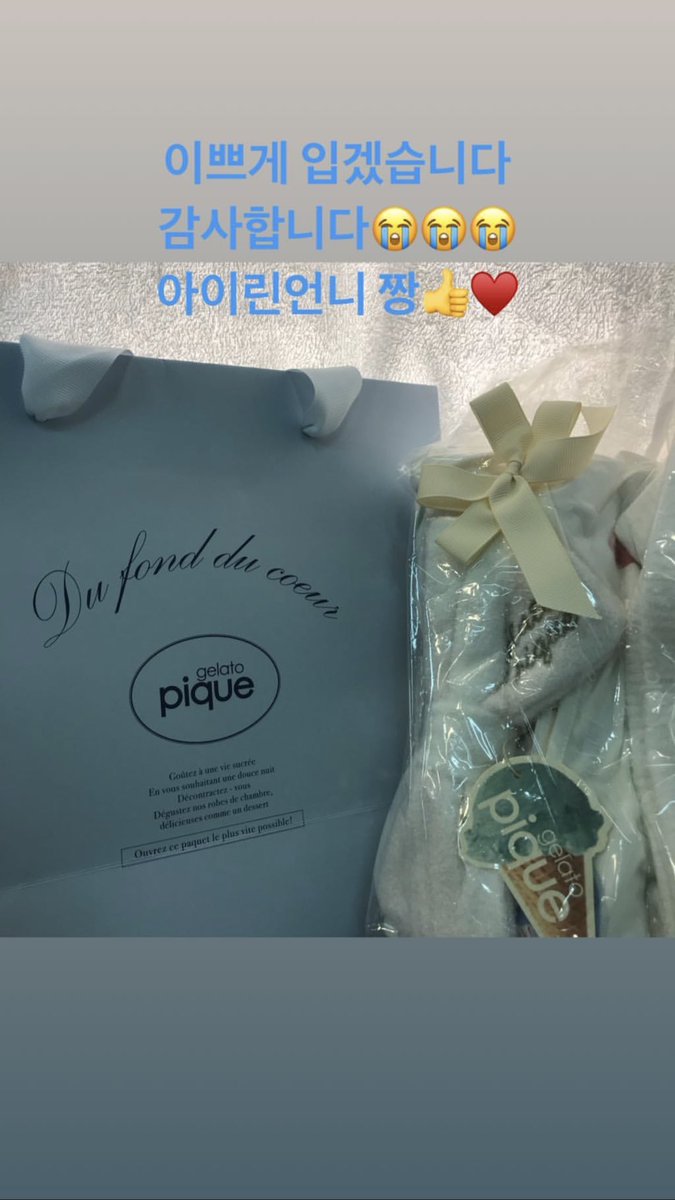 Just as sweet as Wendy, Irene even wrote letters to go with the gifts! 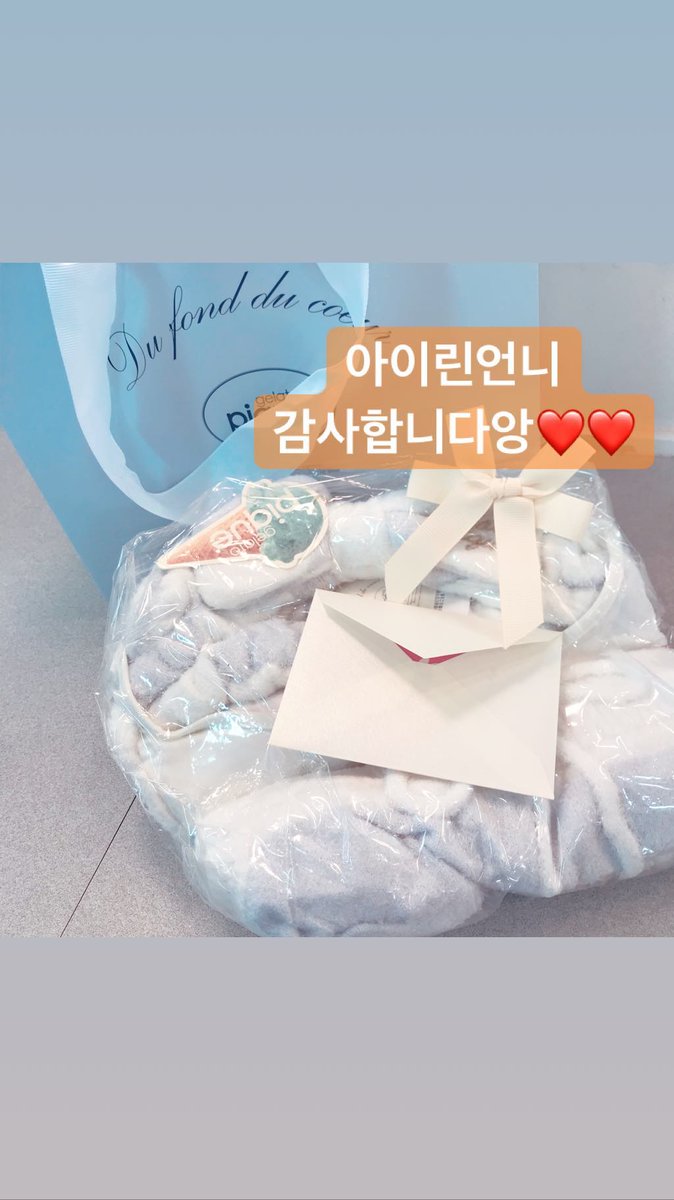 4. When they hung out together

Red Velvet spend plenty of time with their dancers during rehearsal, but their friendship goes way beyond that—they even hang out together during their free time. 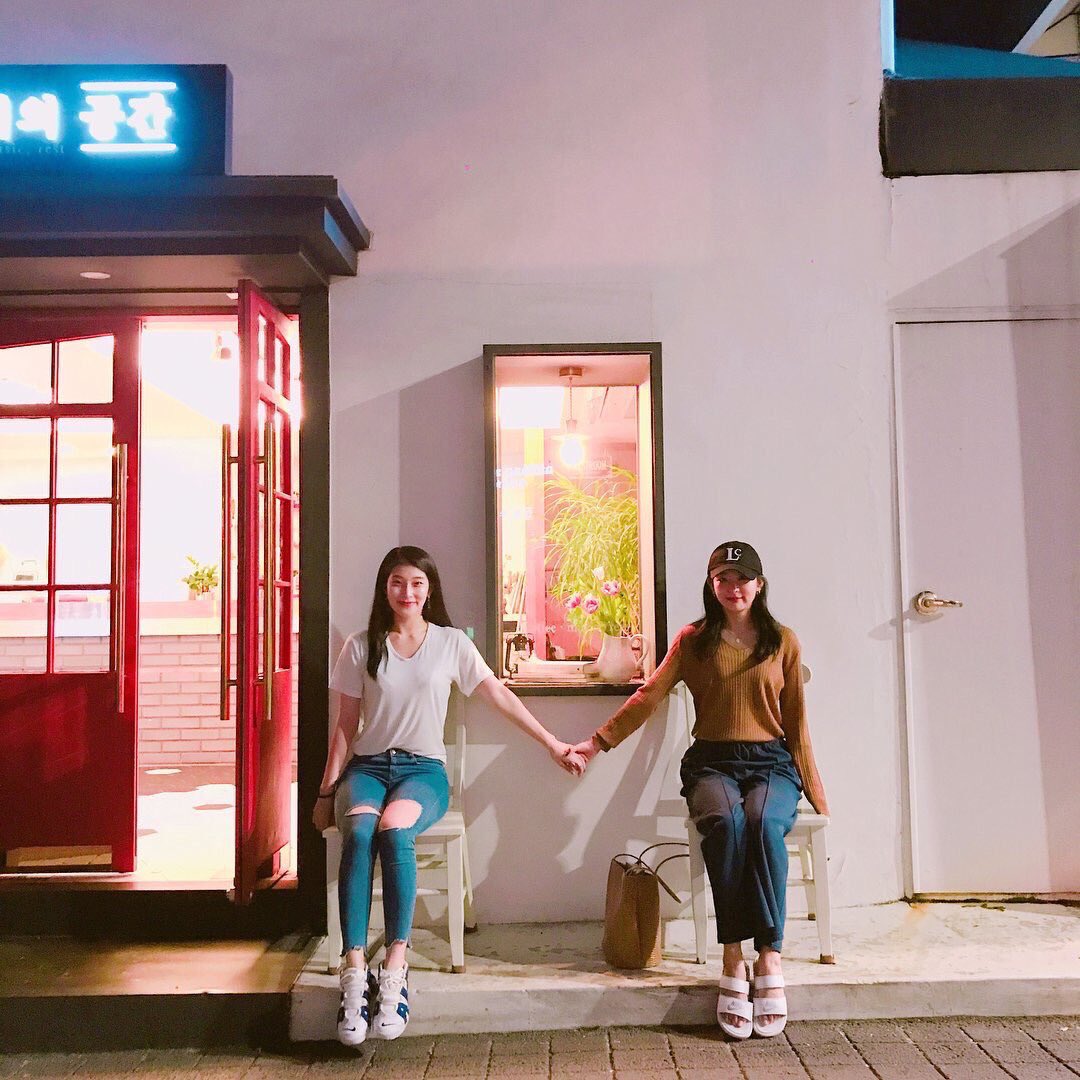 Back in 2018, Seulgi and dancer Seulki posted an adorable photo of the two of them holding hands outside a restaurant.

5. When they teased Irene

The dancers are so close with the group, they even tease each other. At Red Velvet’s “La Rouge” concert in Seoul, Irene was seen grinning after two of the dancers teased her during their “You Better Know” performance.

The carried on the joke the next day, but Irene didn’t fall for it a second time.

6. When Wendy bought them food & makeup

Wendy is always bringing gifts along for the people she works with, which means the dancers get showered with plenty of generosity too. Once, Wendy brought a ton of different noodles to the practice room with her.

just as i thought… red velvet are back at the practice room and wendy got their dancers different noodles! pic.twitter.com/wuWTdtCxmh

Another time, she even bought makeup for one of the dancers. 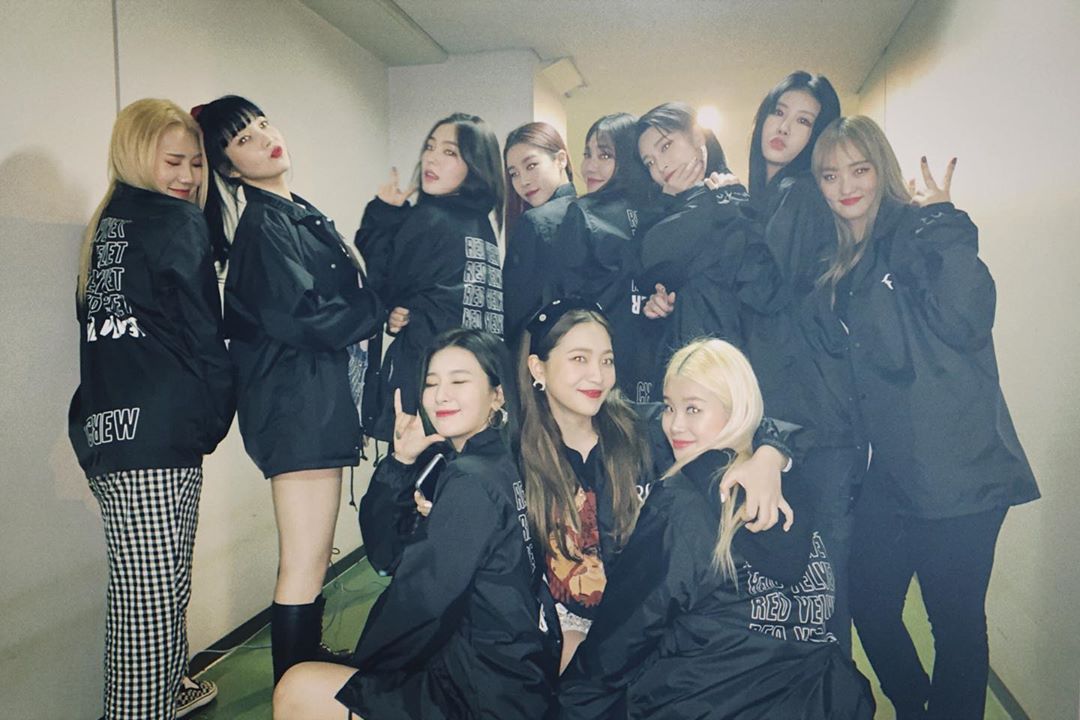 7. When Seulgi said “everyone is a main character”

Last but not least, the most special part of Red Velvet’s relationship with their dancers is that they consider everyone to be equal. After one of their concerts in Japan, Seulgi uploaded some snaps of everyone together with the sweetest caption: “Everyone is a main character”.