Chinese actor Jin Dong is a person I would describe as an intellectual gentleman who simply oozes class and charisma. You may recognize him in supporting roles in the very popular Chinese dramas “Nirvana in Fire” and “Ode to Joy.” He’s an award winning actor and is well respected in China due to his intense dedication to the art of acting. He spends approximately three or four hours a day preparing for a role regardless of how big or small it is, and he believes you must think beyond the script. He writes meticulous character profiles for all his roles, from the emotions of the character to the type music that is most suited for each scene. Jin Dong lives by the principle of always acting with heart and showing the audience the very best, and it shows through his phenomenal acting performances in his dramas.

I completely fell head over heels for Jin Dong in “Ode to Joy,” where he played the small supporting role of Lao Tan (Tan Zong Ming), who is Andy’s boss and long-time friend. Despite his limited screen time, Jin Dong’s charm and presence were undeniable and stood out far greater than the other two leading male roles. I knew I needed more because the Jin Dong pull is too real. So what is a fan-girl to do? That is to simply watch as many Jin Dong dramas as there are available. After many sleepless nights, I’m here to recommend my top three Jin Dong dramas that you need to watch. All three dramas are very different but equally addicting in their own way. Enjoy!

The First Half of My Life 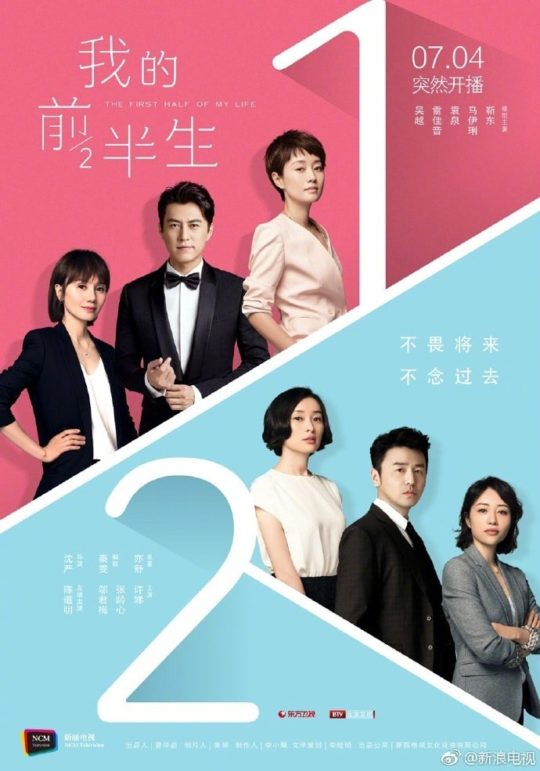 “The First Half of My Life” is a drama about modern day life and relationships set in Shanghai, China and is based on a novel by the same title by Yi Shu. Luo Zi Jun (Ma Yi Li) lives a blissful and peaceful life as a housewife to husband Chen Jun Sheng (Lei Jia Yin). Zi Jun’s world suddenly crumbles when she discovers her husband is having an affair and he asks for a divorce. She receives support and advice from her best friend Tang Jing (Yuan Quan) and her long-time boyfriend He Han (Jin Dong). Tang Jing and He Han have a rocky 10-year relationship due to their high powered business careers. However, problems start to arise when Zi Jun and He Han start to develop feelings for each other.

There is no doubt “The First Half of My Life” was the most controversial and widely discussed drama in China, touching on the complex topics of divorce, infidelity, remarriage, single parenthood, romantic love, and various other family problems. I’d be the first to admit that I’m not the type of person who enjoys this genre, but I ended up loving this drama!

What made the drama so amazing was the outstanding acting of the entire ensemble cast and the intellectual and poignant dialogue. The drama asks questions that we’re often too scared to even think about, such as, “Is having a career better than marriage?” or “Do you stay with someone you care about who’s always been by your side or follow your heart and be with someone you truly love?” The drama highlights relationships during both the brightest and darkest moment’s of one’s life. It is a real slice of life drama; the characters feel so raw and real with their emotions, and you feel that these situations could happen to anyone. It is truly a standout drama that is very adult, sophisticated, and emotional; it will leave you in deep thought or utterly speechless.

Watch “The First Half of My Life”: 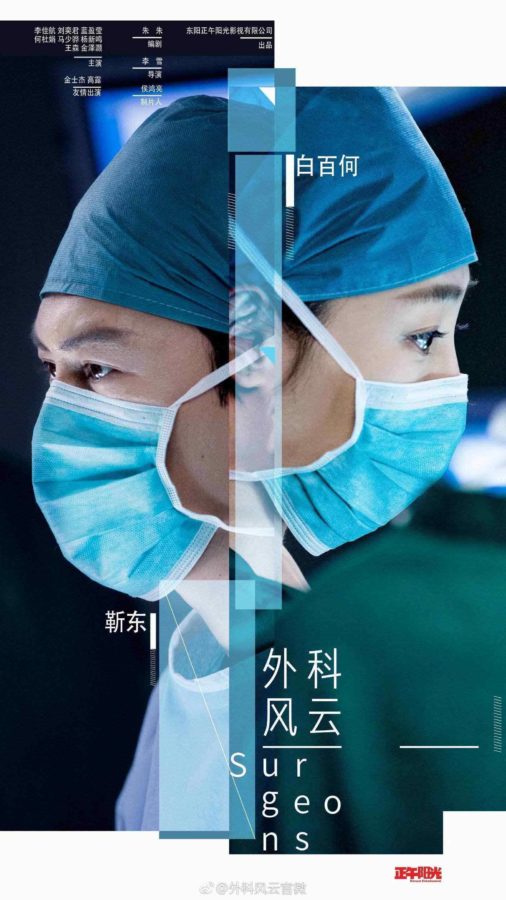 “Surgeons” stars Jin Dong as Zhuang Shu, an established and successful American cardiothoracic surgeon who returns to Renhe Hospital in China as a visiting professor. His main motive for his return is to find the real culprits behind a malpractice case that occurred 30 years ago resulting in the death of a patient. Zhuang Shu’s mother, who was a nurse involved in the case at the time, was framed and forced to resign. The incident was too much for his mother to handle, and she ended up taking her own life. Upon his return to Ren He Hospital, he meets talented cardiothoracic surgeon Lu Chen Xi (Bai Bai He), who also happens to be the daughter of the patient who died in the malpractice case.

“Surgeons” was a real treat for me, as I’m usually not a person who actually enjoys medical dramas or goes out of my way to watch one. What made the drama great was the individual stories of each character, the patient-doctor relationships, the blurred lines of what is considered right or wrong when making difficult split-second decisions, and the huge pressures medical personnel face on a daily basis to save lives. I think “Surgeons” did a fantastic job in portraying the struggles of being a doctor in China, especially with the enormous population China has, which stands in great contrast to the number of medical professionals. I won’t comment on the medical aspects of the show as I have no background in that area, but based solely on the acting, directing, and storytelling, it is definitely top notch. 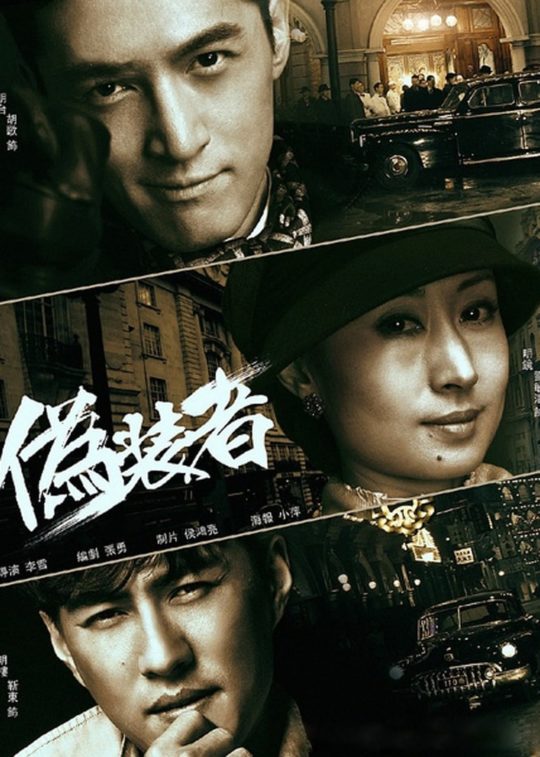 “The Disguiser” is a spy, action-thriller drama set during the Japanese occupation era of China and is based on the novel “The Spy War on Shanghai Beach” by Zhang Yong. The story is centered around the wealthy Ming family. Ming Tai (Hu Ge) is the spoiled and youngest son of the Ming family and is kidnapped by the Kuo Min Tang organization, where he is trained to become a spy under the code name Scorpion. Ming Tai’s oldest brother, Ming Lou (Jin Dong), is also a secret agent with ties to the Communists, Kuo Min Tang, and the New Government. However, it is a mystery where his true intentions and loyalties lie. Ming Cheng (Wang Kai) is Lou’s most trusted assistant and often the target of enemies who are trying to get to Ming Lou. Ming Jing (Liu Min Tao) is the eldest sister and also acts as the mother of the family. She is the chairwoman of the Ming family business and secretly funds the Communist Party. The story-line revolves around the Ming family fighting for the freedom of their country.

If you’re a big fan of “Nirvana in Fire,” then you’ll love “The Disguiser,” as it has almost the same ensemble cast. If “Nirvana in Fire” is all about the bromance and friendship, then I would say “The Disguiser” is focused on brotherhood and family. The highlight of the drama is the strong bond between the three brothers Ming Tai, Ming Lou, and Ming Cheng; their relationships are highly complex, yet very heartwarming. The drama is full of suspense, action, and chemistry that will engage your mind and soul completely with the unraveling of the layers of disguises that our characters wear.

It is Jin Dong’s critically-acclaimed role as a triple agent in “The Disguiser” that broke him into the mainstream. You could say he’s the Mei Changsu of “The Disguiser.” He is the most complex of all the characters, controlling all the chess pieces. Ming Lou is extremely patriotic with his “without a country, there is no family” views, but despite that he’s very protective of his family. If you’ve been feeling the void after watching “Nirvana in Fire,” then “The Disguiser” is a must-watch with its compelling story and incredible acting!

Hey Soompiers, are you a fan of Jin Dong? What are some of your favorite Jin Dong dramas? Let me know in the comments below!

blacksesame88 is an Asian drama and entertainment addict. She enjoys discussing her favorite dramas, and sharing her knowledge of Asian entertainment. Follow her on Twitter and join her for recaps of the current dramas she’s watching, also feel free to say Hi and have a chat!