The TOP 5 Most Luxurious Idol Dorms, And The Groups That Inhabit Them

1. BTS in Hannam The Hill

BTS’s dorm is located in Yongsan, Seoul within Hannam The Hill, one of the most expensive apartment complexes in Korea. It is located in the heart of Seoul and strictly controls access for extra security.

Many of Korea’s most famous celebrities and wealthy businessmen such as PSY, Ahn Sung Ki, Lee Seung Chul, Han Hyo Joo, Choo Ja Hyun, Park Hyo Shin, the former president of Doosan Group, director of Doosan Heavy Industries & Construction and vice president of Kumho Tire also live in the apartment complex. BTS is known to be living in the apartment under a monthly contract that costs anywhere between $14,000~18,000 USD per month.

The apartment complex is equipped with a screen golf arena, swimming pool, gym, sauna as well as a cafe, study room and guest house. There are also various artworks on display throughout the apartment community center.

Simply put, the apartment is fit for a king and the BTS members are kings indeed!

While the members have begun to branch out and get their own apartments, they still frequent their dorm, even filming their Run BTS episodes in it!

TWICE’s dorm is a duplex apartment that is spacious enough for all 9 members. The dorm has been revealed through TWICE’s live broadcasts. 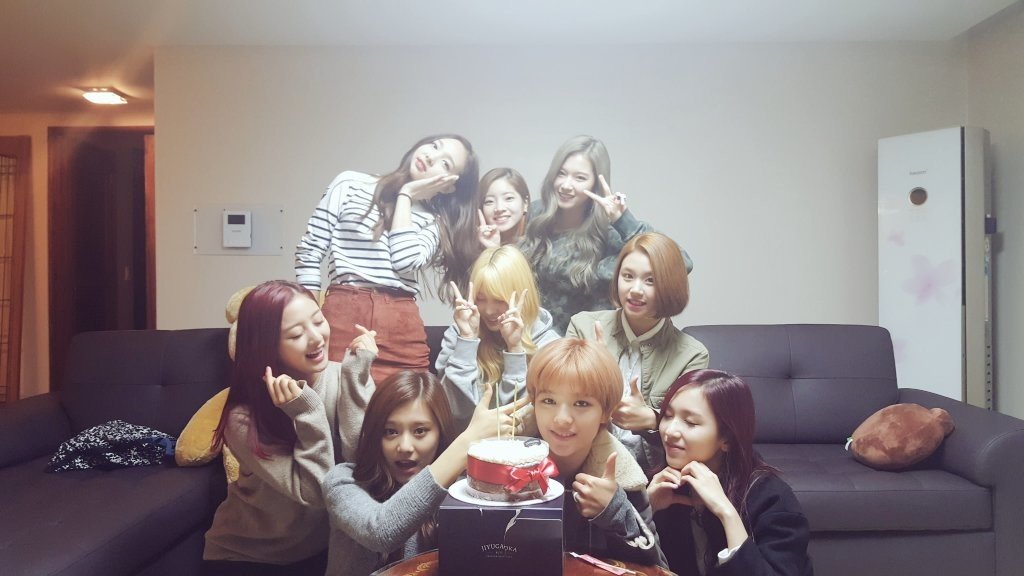 Instead of going out to get their hair and makeup done, they conveniently get everything done on their basement floor. 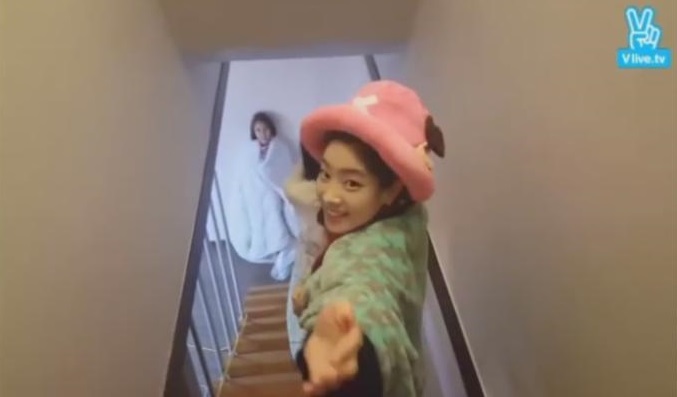 The TWICE members share 5 rooms with 2-3 people per room and there are a total of 6 (!) bathrooms. 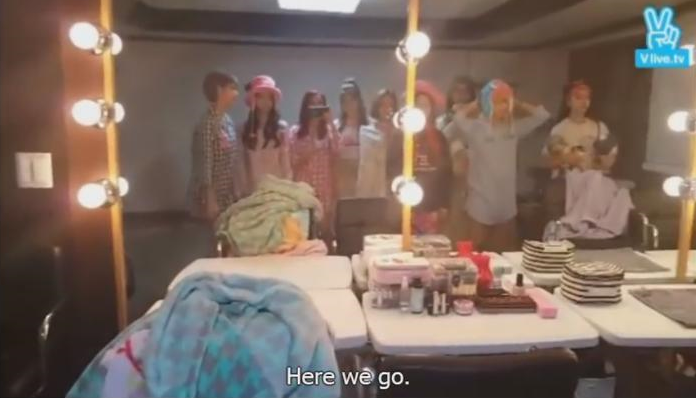 Not only do they have a spacious living room… 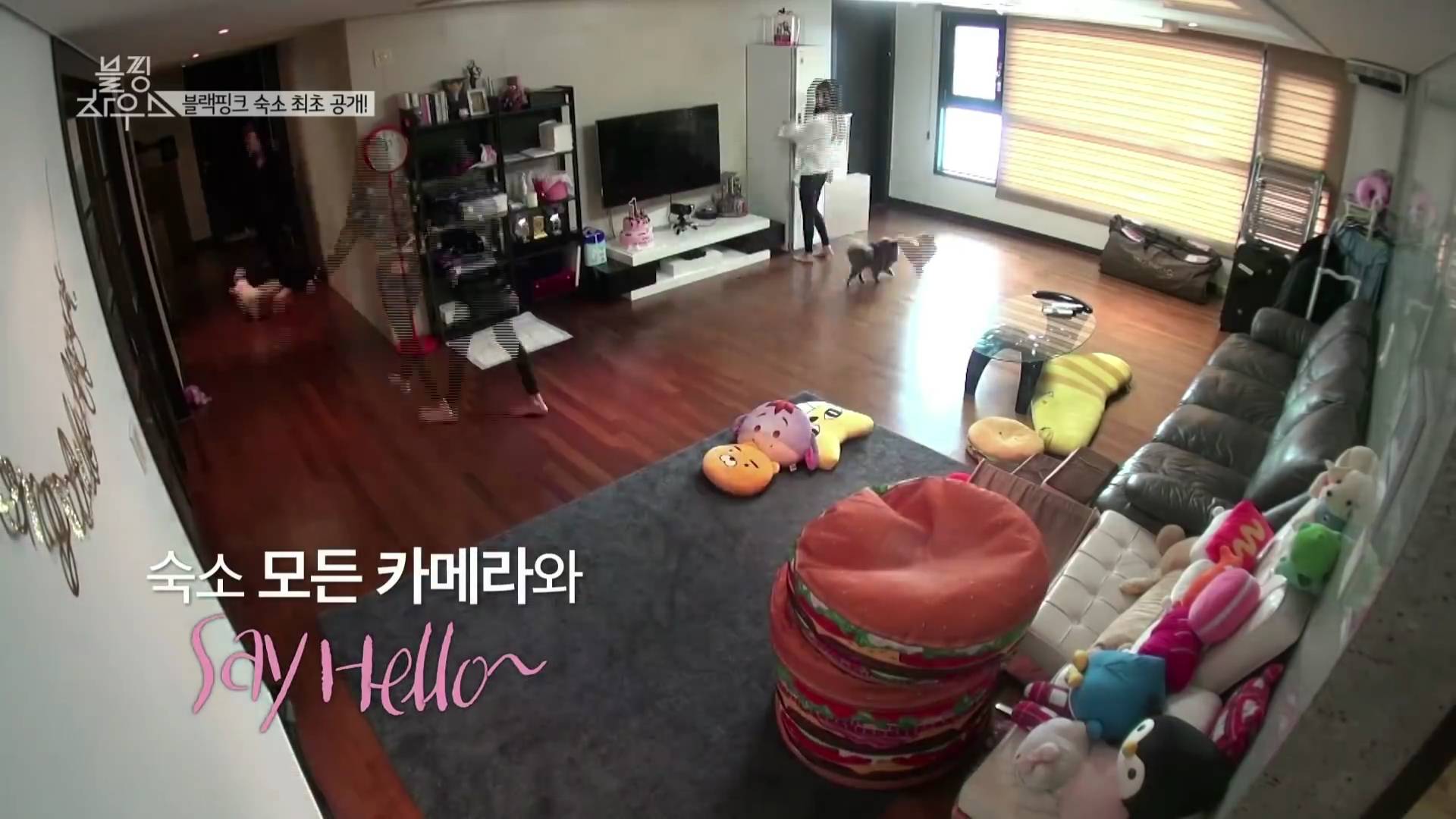 …all BLACKPINK members have their own room, each with a patio! 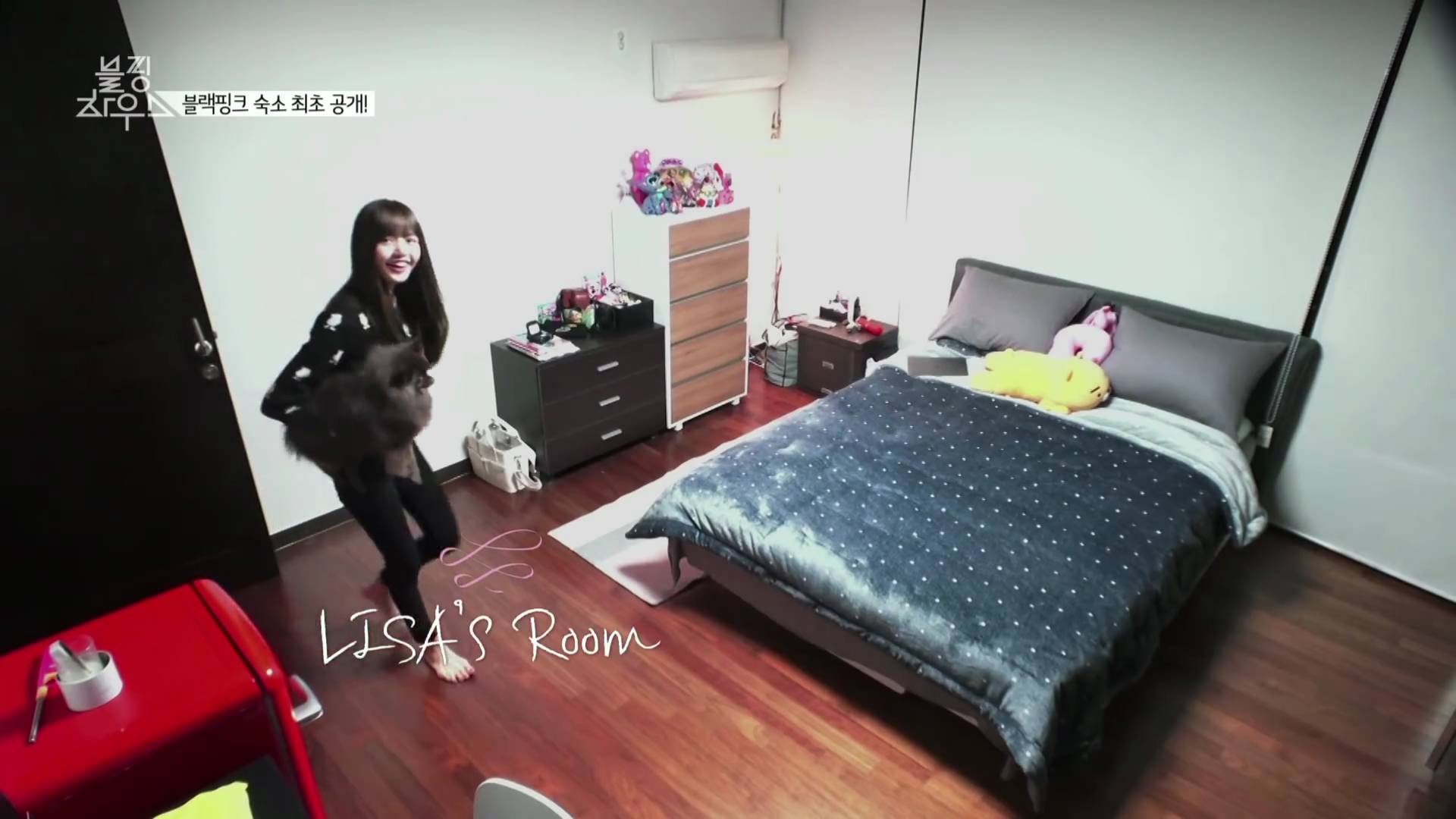 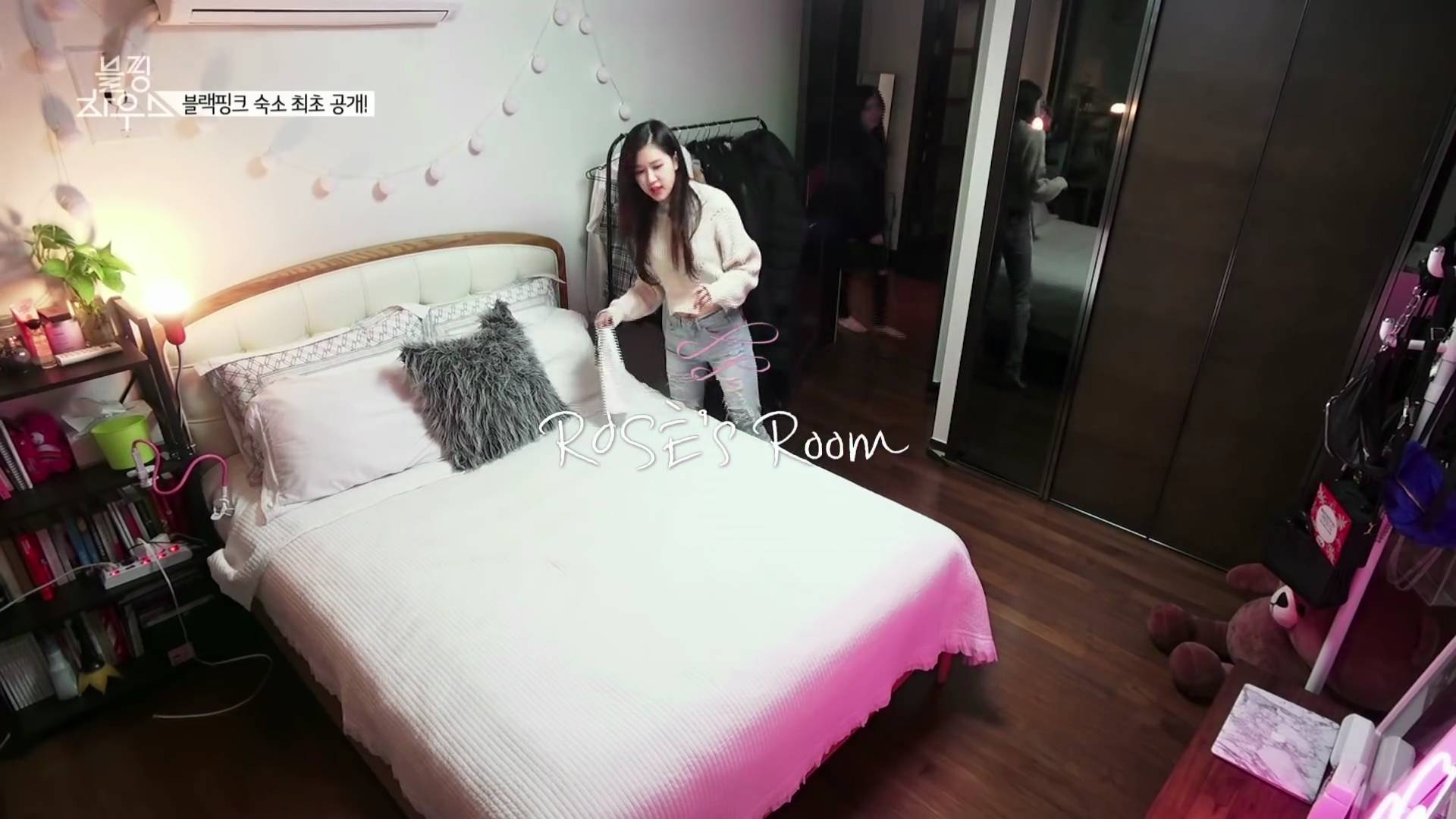 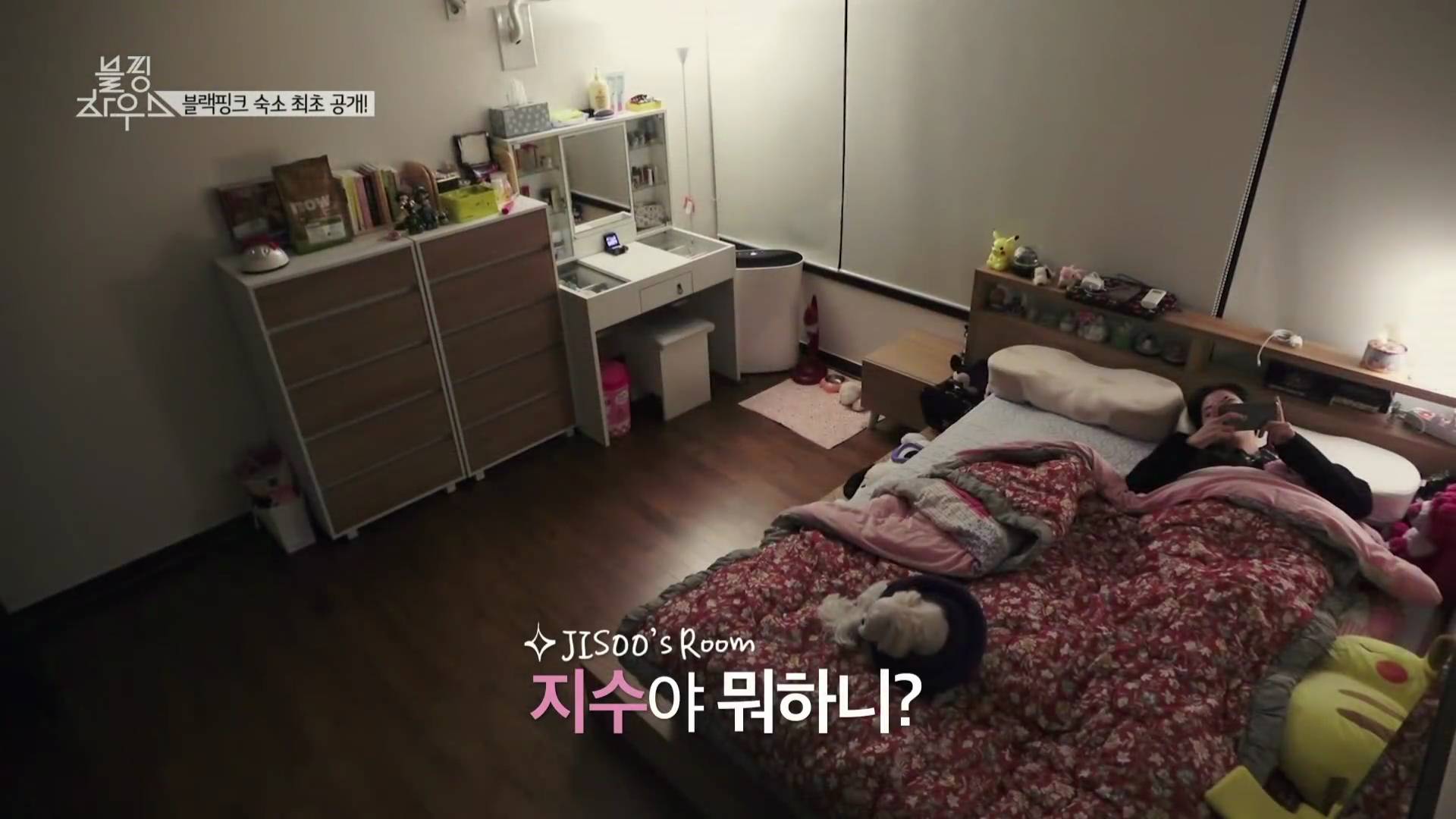 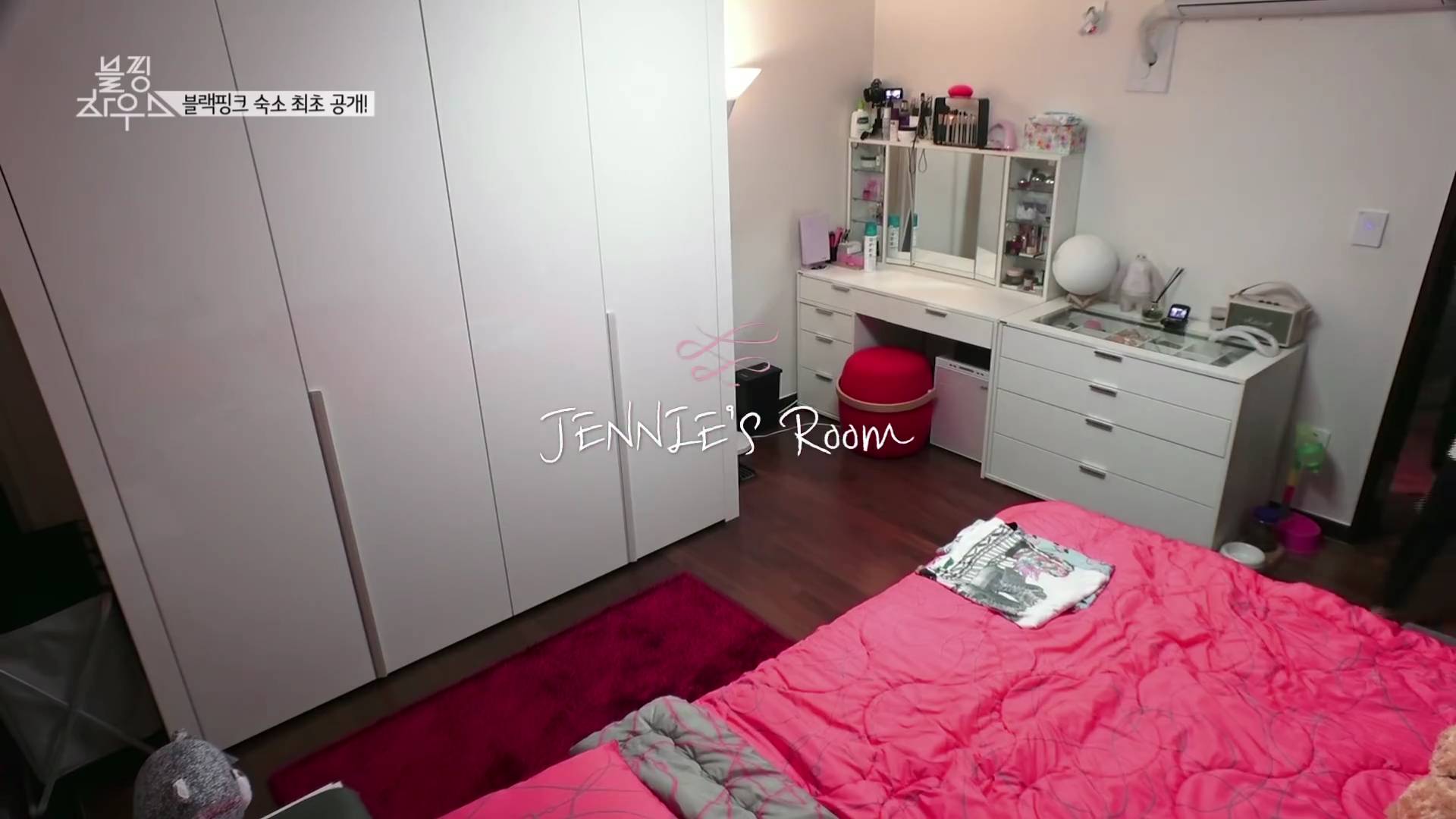 Fromis_9 also has a considerably nice dorm, which is also a duplex-style apartment. Although they share rooms with bunk beds, the apartment is very nicely furnished and has a modern look.

They even have a large table, sufficient for the 9 members and a nice patio where they can enjoy a relaxing time in the sun! 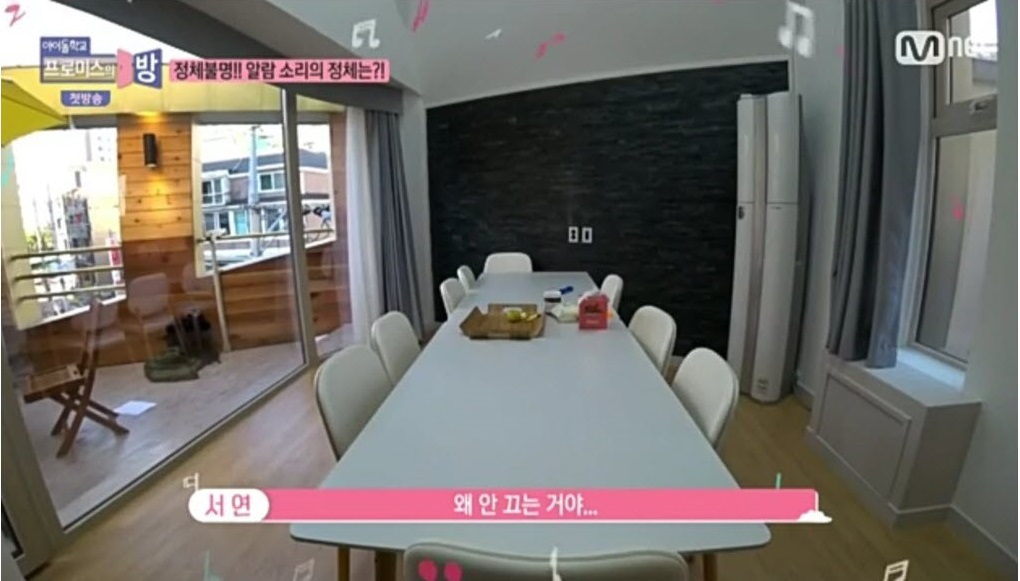 ENHYPEN revealed their dorm through their reality show, and surprised fans with just how big it is. Their living room showcased a large, open area, perfect for seven members to gather. 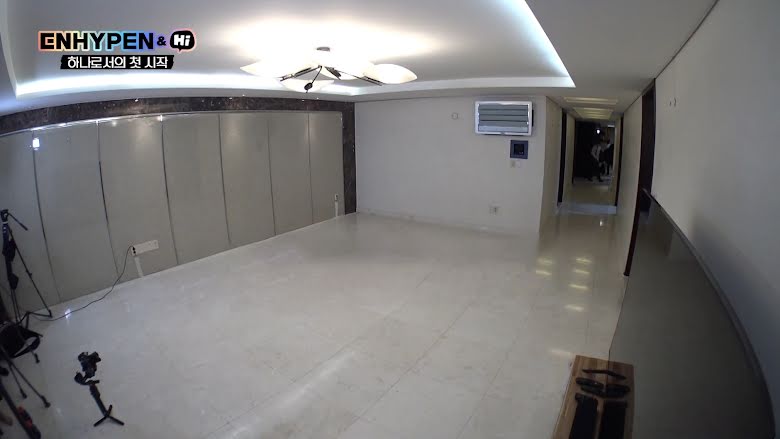 Their bathroom included both a tub and a shower… 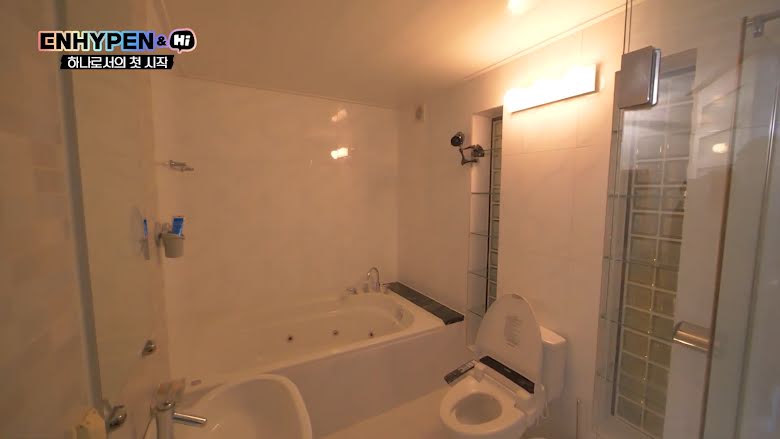 And their kitchen was sleek, modern, and included a table large enough to have all seven members eat together. 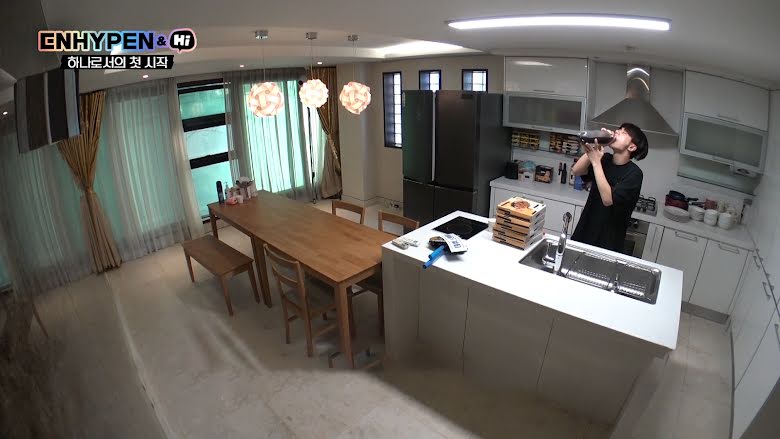