Consumers have chosen their favorite advertisement models of the year 2017.

According to the Korea Broadcast Advertising Corporation’s 2017 Media & Consumer Research results, this year’s most favorite advertisement model is Gong Yoo with 6.7 percent of the votes.

With Gong Yoo’s hit drama “Goblin” in the beginning of the year, he received many love calls from companies to advertise diverse merchandise from coffee to clothing. Ever since 2007, he has not ranked within the top three, but this year, he took the crown as the top advertisement model. 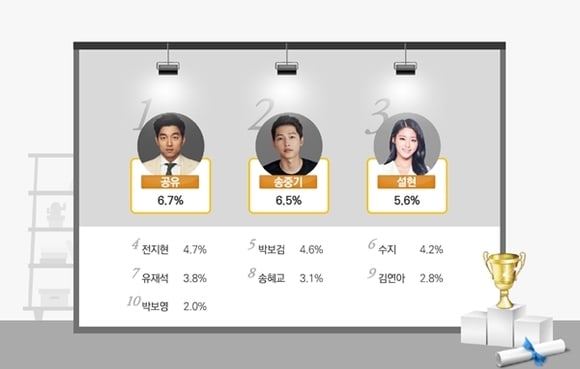