The touching story of a trainee from “Produce 101 Season 2” and his parents is tugging at people’s heartstrings.

A post was recently made on an online community with the title, “Kim Yong Jin and his tear-jerking story.” It aimed to introduce the story of Kim Yong Jin, a trainee from Wings Entertainment, and his parents. 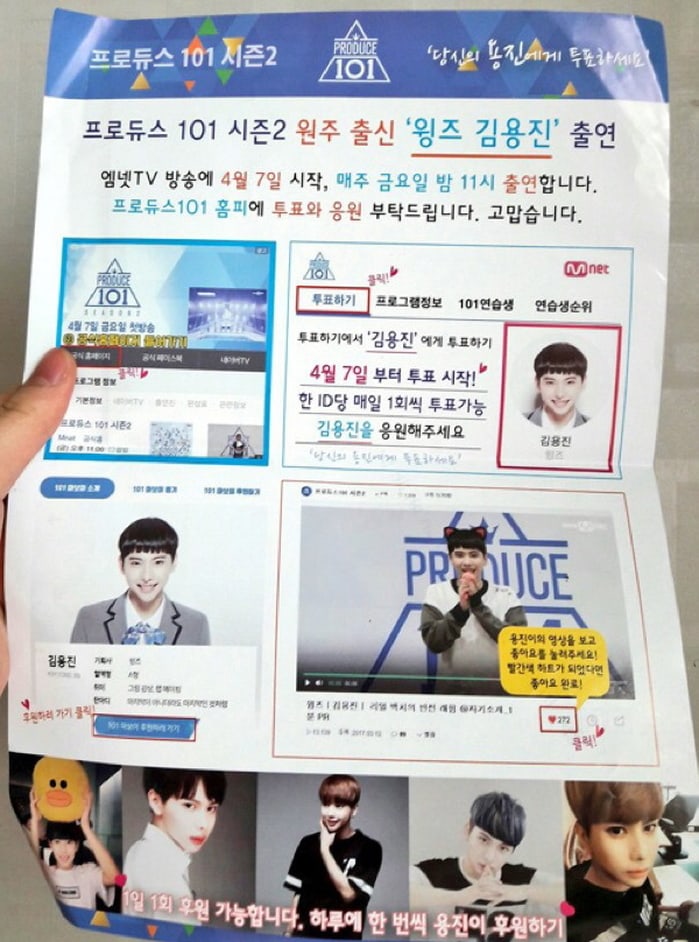 It was revealed that before the show began airing, Kim Yong Jin’s parents printed out flyers to promote their son. They are said to be very supportive of their son and his dreams, even standing outside in the rain to hand out the flyers to students in their area.

However, Kim Yong Jin ranked 88th in the first week and 84th in the second week. He was caught on camera in behind-the-scenes footage crying as none of the footage he filmed was aired during the first two episodes. 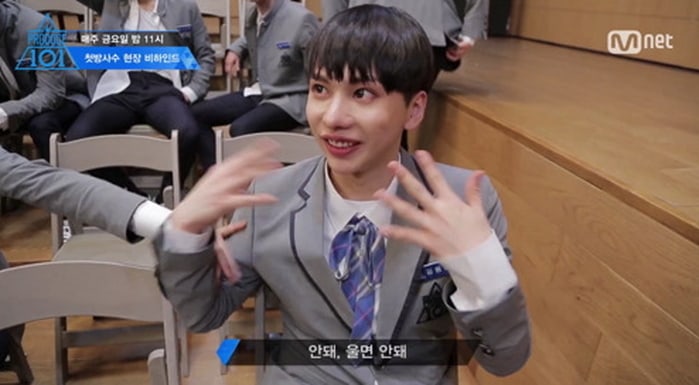 Upset that he wasn’t doing as well as he had hoped, Kim Yong Jin took to social media to write, “Completely cut from the first episode and the second episode. Was I even alive, was I even with the other trainees? But I want to thank everyone who helped me reach 84th place despite my lack of footage on the show. I feel guilty, and I feel so sorry to my family. I don’t know what to do.” 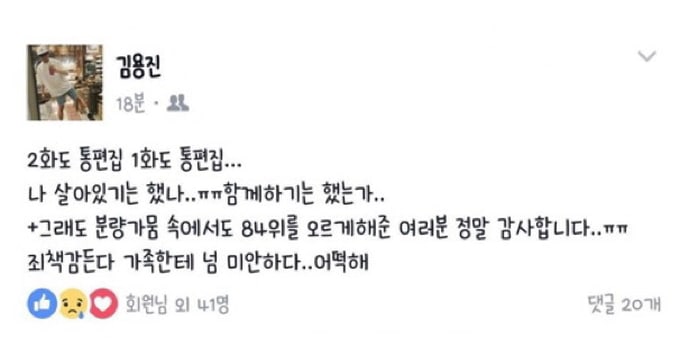 Kim Yong Jin was a former guest member of boy band Underdog and appeared on “Ulzzang TV” in 2014.