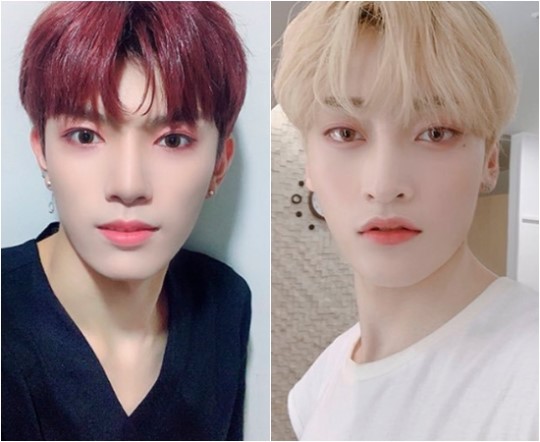 According to their lawyer Jung Ji Seok, Wooyeop and Taeseon requested a termination of their exclusive contract on November 4. The reason for the request is due to the lack of management’s responsibility among other issues.

On November 12, they filed a complaint against TS’s director Park Sang Hyun and two employees to the Seoul Police Station. They have requested that they press charges for violating the Child Welfare Act.

Wooyeop and Taeseon revealed that they were forced to practice without any sleep.

“Park had members practice choreography from 5 PM to 5 AM the next day without sleeping. And we had to make it to the agency by 10 AM again.”

Because of this, the two members were not able to attend school because it took two to three hours round trip to get to school. They added that they had to drop out of school and move to a different school.

The living quarters were also not supported properly. They complained that they could not live properly due to the lack of meals, water shortage, power failure, air conditioner failure, toilet and water purifier failure. They were 18 years old at the time.

They also pressed charges for assault as director Park played a game where he would beat the members as a bet. Park would also curse and use vulgar words to the members.

Choreographer Yoon has also been accused of assaulting Wooyeop. Yoon allegedly beath Wooyeop with a chair on June 10 that caused him to be rest for two weeks due to injuries.

“The Company did not take any action. Rather, Park defended the assaulter and I eventually went to see a psychiatrist.”

Taeseon was also frequently beaten while at TS Entertainment.

I was beaten from the time I was a trainee to the leader of the group with the reason because I was the leader. I was always hit on the head before starting.

Another employee has been accused for extortion with Wooyeop suffering a loss of 120 man won (~1029 USD).

As a result, TS seems to be in a dispute with their artists once again. TS previously had a dispute with group B.A.P as well as SECRET’s Jeon Hyosung and Song Jieun. This year, Sleepy and SONAMOO’s Soomin and Nahyun also filed a civil lawsuit against TS.

TRCNG is a group that debuted in 2017 and consists of ten members. They released their second single album, Rising, this past August.