TREASURE is currently one of the largest groups in the K-Pop industry with 12 members. Given their size, it’s no wonder some of the older members have taken on the roles of watching over everyone, particularly co-leaders Jihoon and Hyunsuk. The former is often referred to as the ‘dad’ among fans while the latter is called ‘mom’ even by the editors of their show, TREASURE MAP.

In Episode 49, these roles were even more pronounced than usual! They showed their nurturing sides in small ways. First up, Hyunsuk couldn’t help but lightly scold maknae Junghwan when he accidentally dropped a drink upon opening the refrigerator. 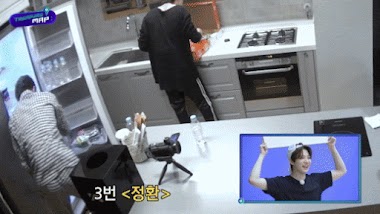 He let out a sigh, saying, “Aigoo Junghwan-ah!” The editors even put the description “Mommy vibes” while he was at it! 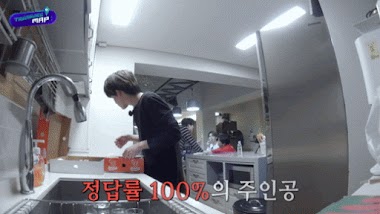 A little later, Hyunsuk and Jihoon sat by the dinner table while ordering the others to prepare for bed. 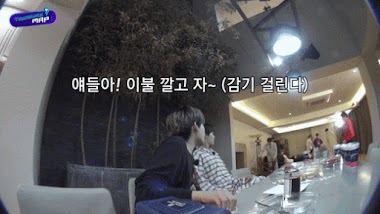 The others agreed that they’re just like a real family, with Yoshi saying, “You’re like our mom and dad. You’re waiting for us to sleep.” 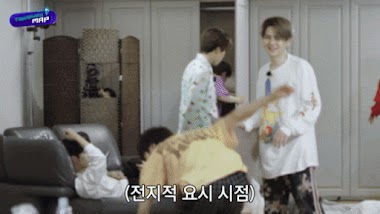 Though they gave them time to play around, Hyunsuk soon warned them, “The last one to go to bed cleans this up.” After the ‘kids’ were all wrapped up in blankets, Jihoon and Hyunsuk started fixing up around the kitchen like the responsible eldest members that they are. 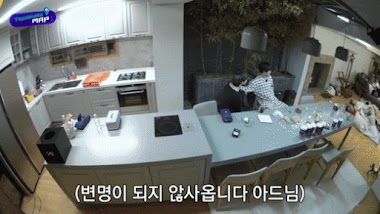 To see more of Jihoon’s and Hyunsuk’s parental sides, check out the full video below.