TREASURE recently released the first episode of their web drama, It’s Okay, That’s Friendship, in which members Junkyu and Doyoung attend a new school and meet some new faces. 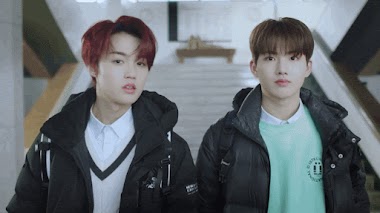 There they meet the oh-so cool and popular guys, also known as TREASURE. 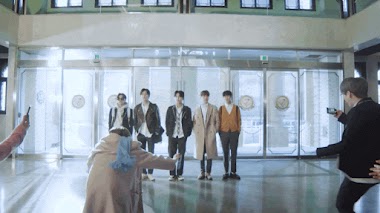 They get to know the five boys one by one, starting from Jeongwoo. 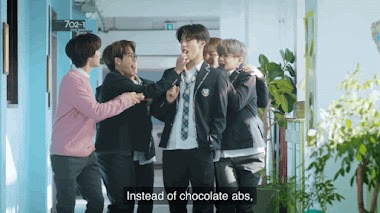 Some say he ate too much chocolate and got his dark complexion. Tens of thousands of people are starstruck by his bronze look. 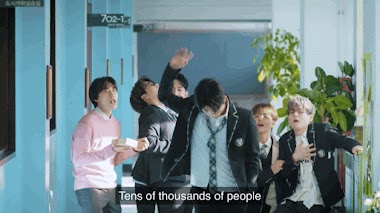 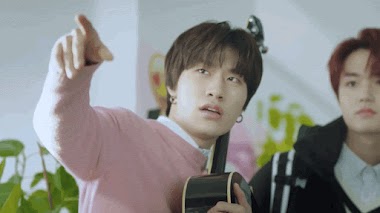 As the son of a popular food delivery app creator, Jaehyuk is known for his money. 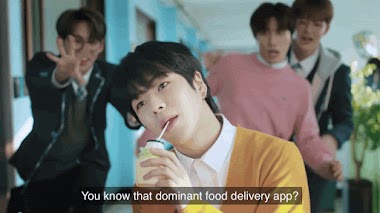 Word has it that his looks are more intoxicating than the beer. 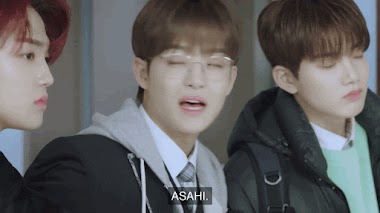 Next, Haruto is introduced as having both the money as an heir to Hilteum Hotels… 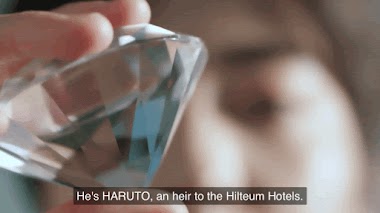 …and the looks that are “worthy of global presence!” 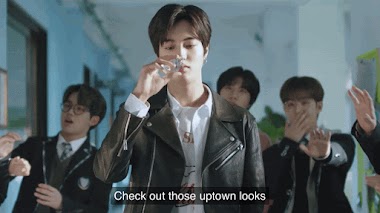 Maknae Junghwan is also part of the clique, introducing himself as the son of Hilteum Chairman’s secretary. 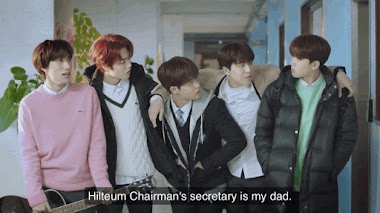 Watch the full episode of the web drama below!