Triple H On Their New MV “365 FRESH” And Acting

Project unit group Triple H revealed that they tried acting for the first time with their new music video.

During a V Live broadcast on April 30, HyunA said, “We saw the album yesterday, and I think our agency put a lot of thought and hard work into it.”

E’Dawn said, “The music video is a lot of fun, too. It’s like watching a movie, and it says with you even after it ends.” HyunA revealed the three of them tried acting for the first time with the music video: “You’ll be able to see a completely new side of us.”

On working with Hui and E’Dawn, HyunA said, “Even from way back, we used to talk a lot about music. We actually met in a really unexpected way. Now, we’ve come together as Triple H to put on great performances and spread good vibes.” 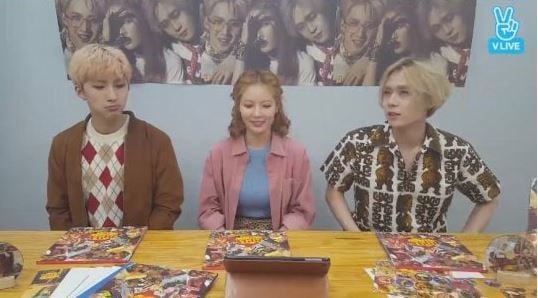