The new stills show a slightly different side to the two characters, as they stand facing each other with tension buzzing in the air. The previous carefree and laid-back attitude of Prince Yeoning has disappeared, as he looks at Yeo Ji with a pained look in his eye, evoking a sense of dread for something that is coming. Yeo Ji is surprised by this sudden change in him, and it will be interesting to see what unexpected curve ball is thrown in their direction. 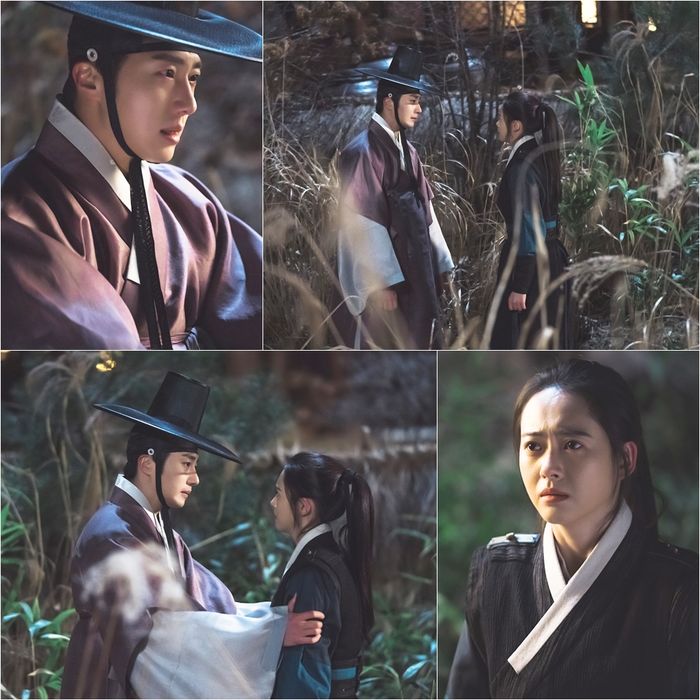 The production staff stated, “As Jung Il Woo and Go Ara’s conflict begins to surface, it will not only cause a big change in their relationship, but it will also have a great impact on everyone around them. Please keep watching to see what will happen.”

All is set to be revealed in the upcoming episode of “Haechi,” which will air on February 18 at 10 p.m. KST. Catch up with the latest episode below!