TV Chosun‘s trot competition program Miss Trot‘s second season aims to discover the next big female trot stars, no matter what age, including 7 elementary school students. It is being criticized after its latest episode on January 7.

During the episode, the members of the elementary school unit performed a retro stage. However, the unit failed to impress the judges and some members faced elimination. 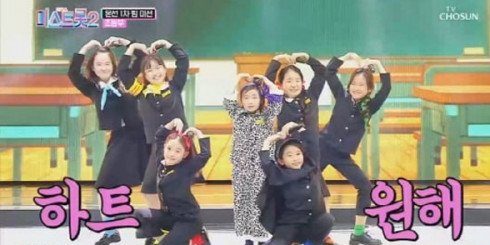 When the judges began calling out the names of the children who were safe to move on in the competition, almost every child burst into tears. When Lim Seo Won had her name called to move on to the next round, she collapsed onto the ground and began crying. 9-year old Hwang Seung Ah also began bawling when she tried to comfort Lim Seo Won.

Toward the end, when the decision of elimination came closer, some of the children began saying things such as, “What do I do… I don’t think my name will be called” or “But I did the best I could”.

Viewers were angered and frustrated at the fact that children were being put through such immense pressure at a young age. Many Koreans commented things such as, “It’s horrible to watch little children crying like their lives are over”, “This is too much for those poor children. You need to set a minimum age limit”, “It’s hard to watch children trying to be on the same playing field as adults”, “I can’t help but feel like I’m participating in making those children compete and stress and shed tears”.

What are your thoughts? Should Miss Trot put on a kids-only competition? Or should children not be in rigorous competitions in the first place?