The world of K-Pop, while it may seem all glitz and glam, can be a dark place for trainees who endure all kinds of exploitation and abuse in hopes of getting closer to their debuts. A current K-Pop idol trainer In Ji Woong revealed shocking stories behind how some trainees – even the underaged ones – end up in such dangerous situations.

He started off by mentioning that investments and sponsorships are inevitable, especially for small to mid-sized talent management agencies. Since these agencies often do not have the large sums of money to financially support a group of trainees through to debut and success, they must find help elsewhere – even if it means putting the trainees on the line.

The smaller agencies know only one way to take a rookie group to success and that is by hyping up one member. Once that member gains enough attention and starts signing deals, the rest of the group can also be spotlighted. So how do the agencies hype up that one member? They turn to investors and sponsors who have the power and the money to connect that member to endorsements, shows, etc.

He then shared a true horror story which happened to one of his former student trainees. In Ji Woong explained the former student did not wish to be identified, so he would share the terrifying experience on her behalf. 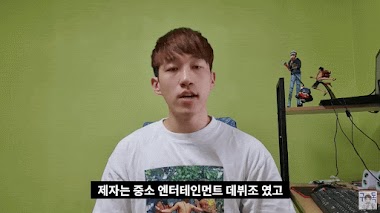 This happened to one of my own students before. She was a trainee at a smaller agency and she was in the group that was soon to debut. She did not stay to debut though. She left the agency before the group was revealed.

In Ji Woong shared that his former student trainee was the one chosen to be served as “the sacrifice” to the sponsor. She was underage at the time, at only 18 years old, but the producer who offered to help promote her and the rest of the group didn’t care so much.

Her teammates and she had to go to a bar to meet up this producer-sponsor. They said hello and at first, he talked about business stuff – like what kind of plans are in place for once the group does debut. However, once he got some alcohol in his system, he began looking for a ‘female partner’. My former student was chosen. When the others tried to explain to him that she was a minor, he got upset and said he wasn’t there to do charity work for some small agency like theirs.

According to what In Ji Woong heard from his former student, the producer-sponsor asked everyone else to leave the room. The producer then began groping the underaged trainee, while persuading her to believe that her “service” was for the greater good. While she could not get herself to disclose any more details, she made it clear that she was hurt from the experience. 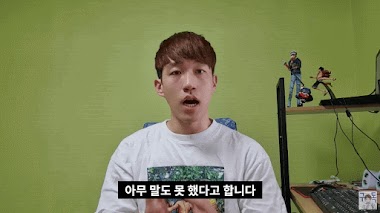 The guy started touching my former student inappropriately and told her that with his power, he can really give the group the push it needs to go big. He pressured her into thinking that his involvement will bring success for her and everyone else in the group. She got way too scared to talk back or anything. She couldn’t stop crying after she got to this point, so I don’t know all the details that happened. But like I said, she worked so hard and was so close to debuting, yet she gave that all up after this happened.

The trainer dished that this is happens to trainees more commonly than K-Pop fans would like to think. More trainees become vulnerable and get sucked into this nasty and destructive trap because they end up believing their “sacrifices” will indeed bring greater good. While no one should suffer such circumstances, this seems to be the ugly truth behind the scene!

Think about it this way. Say you’re a rookie – and your fellow teammates, whom you have seen and worked together with for so long, have finally made it to debut. But the agency doesn’t have any money to keep the group going and there is no actual promotion happening. Then such an investor comes along and requests your ‘service’. It’s not only about you now, is it? Your team is on the line. Your agency is telling you this is your only opportunity to make things work. Would you, as a young rookie, be able to say no? Wouldn’t you think your sacrifice is worth it for the greater good too? I mean, I would probably suck it up and do it too.

Netizens, after hearing the story, couldn’t help feeling disappointed at how some “adults” aren’t protecting the young dreamers, but rather taking advantage of their defenselessness.

What a heartbreaking and terrifying thing to hear…