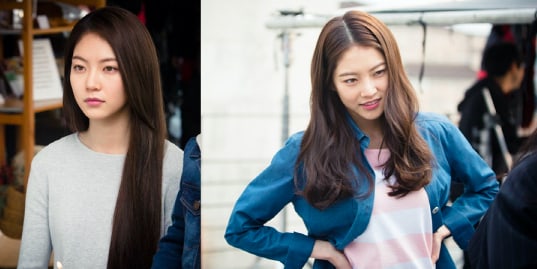 “Circle” is set in two different time periods – 2017 and 2037 – with each episode simultaneously taking place in both. Yeo Jin Goo and Gong Seung Yeon will appear in “Part One: Beta Project,” which takes place in 2017.

When mysterious deaths recur at Kim Woo Jin’s (Yeo Jin Goo’s) college, he finds out that his twin brother Beom Gyun (An Woo Yeon) is related to the incident. Woo Jin takes it upon himself to find out the truth behind this case and is joined by Han Jung Yeon (Gong Seung Yeon) when her friend commits suicide.

Director Min Jin Ki expressed, “Since the first day of filming, the look in Yeo Jin Goo’s eyes fit perfectly with the emotions of the role he plays. Gong Seung Yeon also did a good job of portraying the mysteriousness of her role Jung Yeon. Please look forward to the drama.”

“Circle” will begin airing on May 22 after “The Liar and His Lover.”