On April 2, tvN released two stills showing the contrasting styles of Im Soo Jung’s past and present characters in the upcoming drama “Chicago Typewriter.” The photos have sparked interest as fans look forward to Im Soo Jung’s return to the drama scene after 13 years.

According to the producers, Im Soo Jung’s present day character in 2017 will be a lovable fangirl who has an obsession with Yoo Ah In’s character.  This can be seen in the first photo, where Im Soo Jung has a more feminine style with long hair and a sweet smile.  Her character from the past will compare significantly as she will play the cool, boyish character evident in the second photo, which shows the actress in a tomboyish outfit with a her hair tucked under a hat. 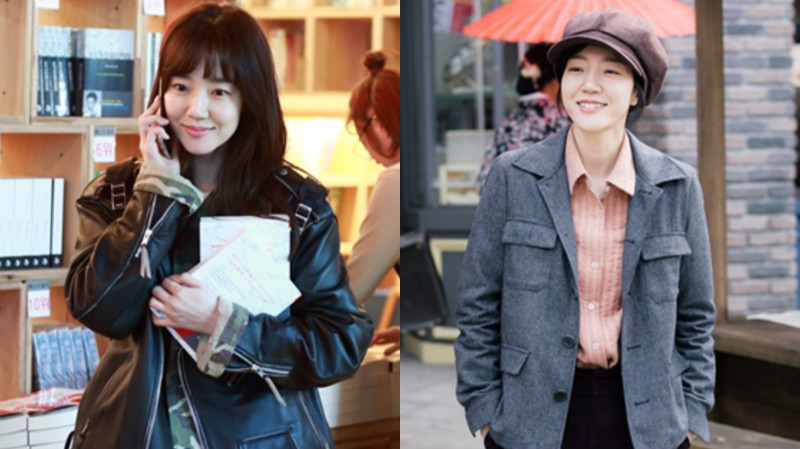 Recently in an interview, Im Soo Jung talked about her first impression of the script for the drama. “I fell in love with the plot for this drama as soon as I saw the script. My heart was beating so fast,” said the actress.

Are you excited for tvN’s latest drama? Watch the trailer below!