Yunho Reveals The Most Difficult TVXQ Choreography To Perform

Since TVXQ debuted over seventeen years ago, they have more than enough choreography under their belts from all the concepts they’ve tried.

When it came to which song was the toughest to perform, Yunho didn’t hesitate to name the most difficult one.

When MMTG host Jae Jae brought up their track “Catch Me”, Yunho revealed its choreography easily ranked among the hardest. He said, “Out of TVXQ’s songs, this song is top three in terms of difficulty.” 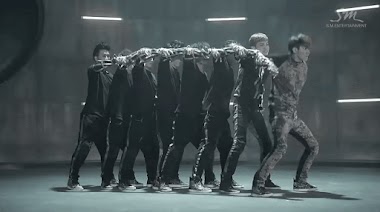 As if reading viewers’ minds, Jae Jae asked him, “What ranks first?” 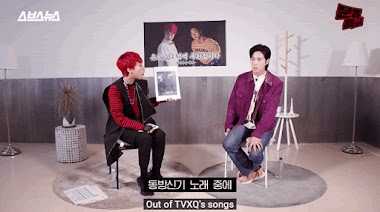 Yunho didn’t hesitate to name their hit “Something”. As soon as all the staff and Jae Jae heard the choice, everyone instantly understood.

He said, “That is most difficult.” There was a specific reason why it was so tough, though. 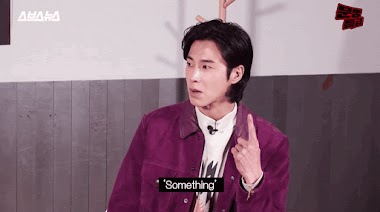 Although the strings tied in perfectly with the concept of “Something”, it wasn’t as easy to include in the choreography as it seemed.

He revealed they had to label each string to keep track of them. Yunho said, “You mark the strings too. We put stickers on the string.” 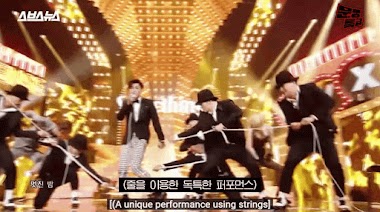 On top of pulling the right string at the right time, he and Changmin had to make sure they didn’t pull too much or too little. Yunho said, “But if you’re not used to it, and you can’t pull all of it in time, then you can’t make the microphone [stand] at the end. You don’t have enough string to wrap your body with.” 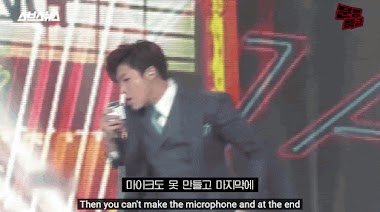 Yunho then shared a riskier part of the choreography. They had to place their full trust in their backup dancers for the ending movie. He said, “And at the end, you have to hold still. They have to pull it tightly from the back.”

Since both of the members could’ve easily fallen if not done correctly, Jae Jae summed it up best by saying, “He put his life in the hands of the dancers several times.” 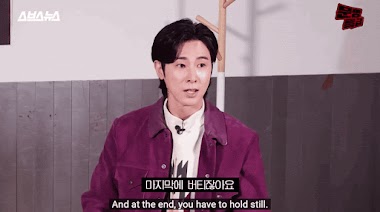 While idols make choreography look effortless, they put more effort than you’d imagine into the tiniest details. Check out Yunho revealing just how tough working with the strings was.