TVXQ member Yunho is back ya’ll!

Yunho recently made a comeback with his second mini album, Noir, and he is kickstarting his comeback promotions by making a guest appearance on the YouTube channel MMTG.

The host and the TVXQ member showed off their goofy sides by dancing and playing some games before getting into the interview portion. To start things off, Yunho talks about the evolution of his hair and the honest reason behind his short cuts. 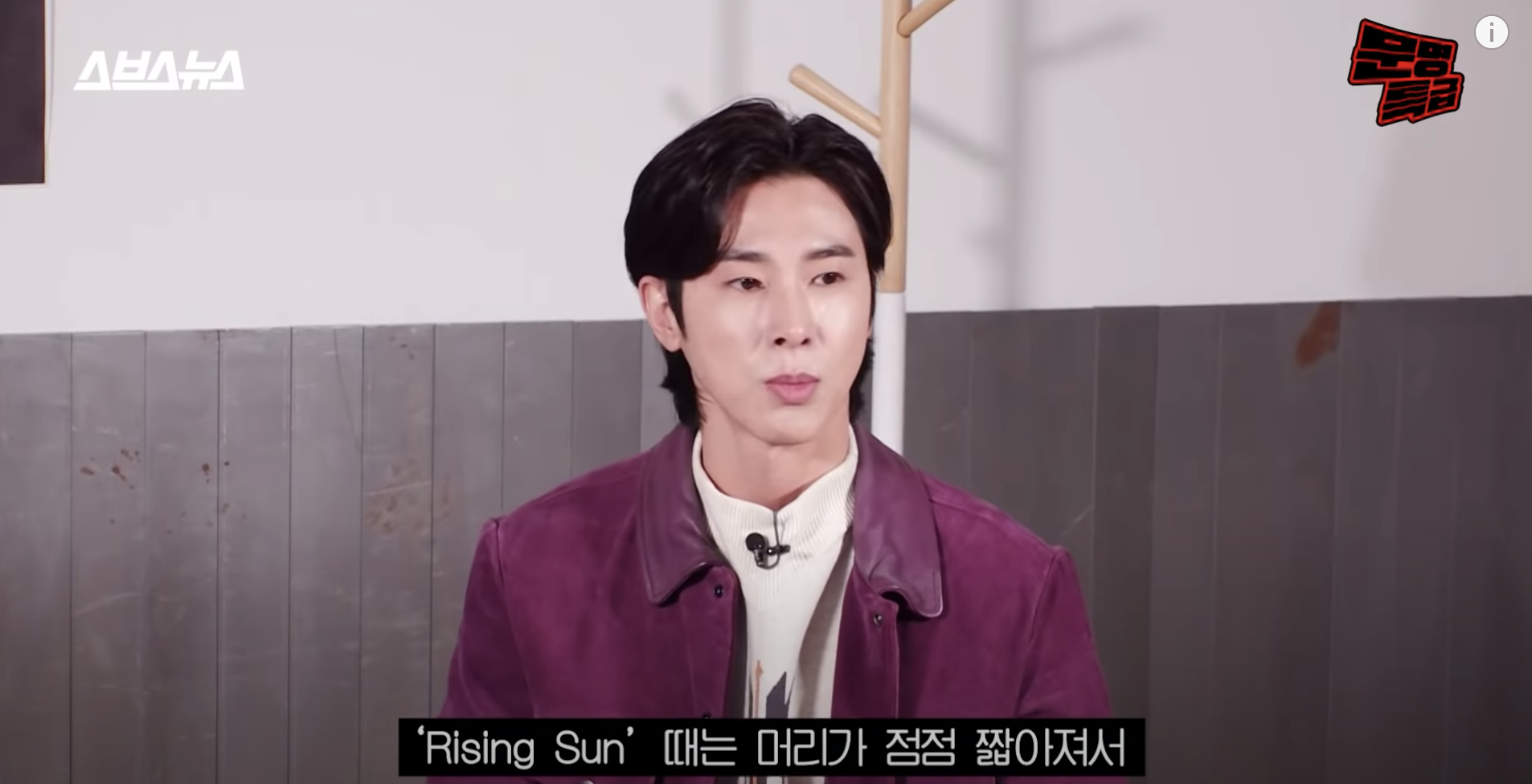 For our ‘Rising Sun’ promotions, my hair kept getting shorter and shorter. If you look at my hair for ‘Tonight’, it’s really short.

When the host asked, “that’s why your hair was so short?”, this is how Yunho responded:

My hair was in terrible condition because of it (excessive use of fireworks).

The TVXQ member talked about a topic that went deeper than haircuts. Yunho is known for his passionate performances, and it was here that he shared why he puts so much effort into performances he’s done numerous times. 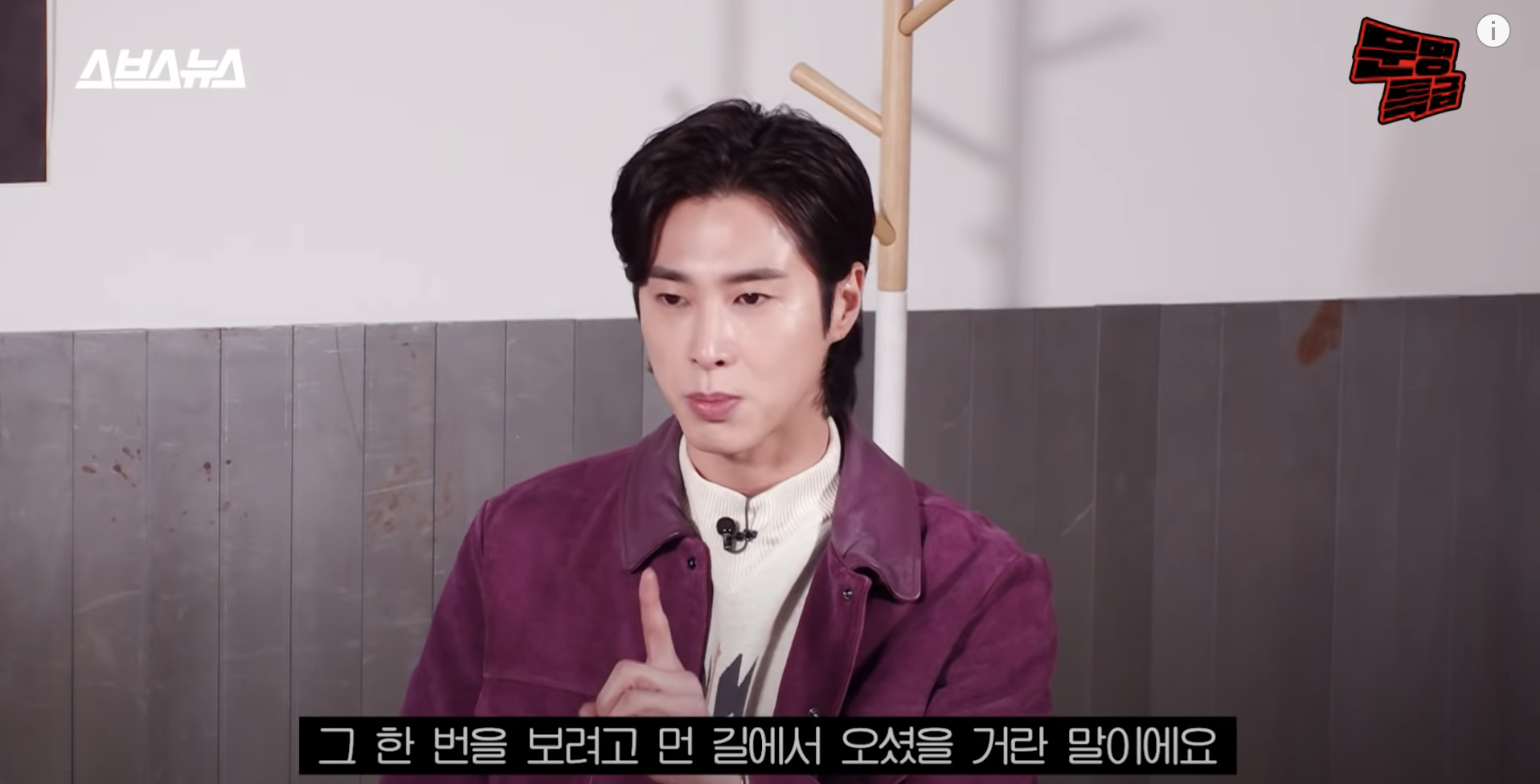 To someone, it might be their first time watching us perform. For us, we may have performed it hundreds of times, but to some, they may have travelled a long distance just to see us perform for the first time. So I do my best within my limits for that person and through that, I feel rewarded as well.

Would it be a Yunho interview without a blast from the past? The host of MMTG brings up all of TVXQ’s past hits, including some that Yunho may have been embarrassed by. 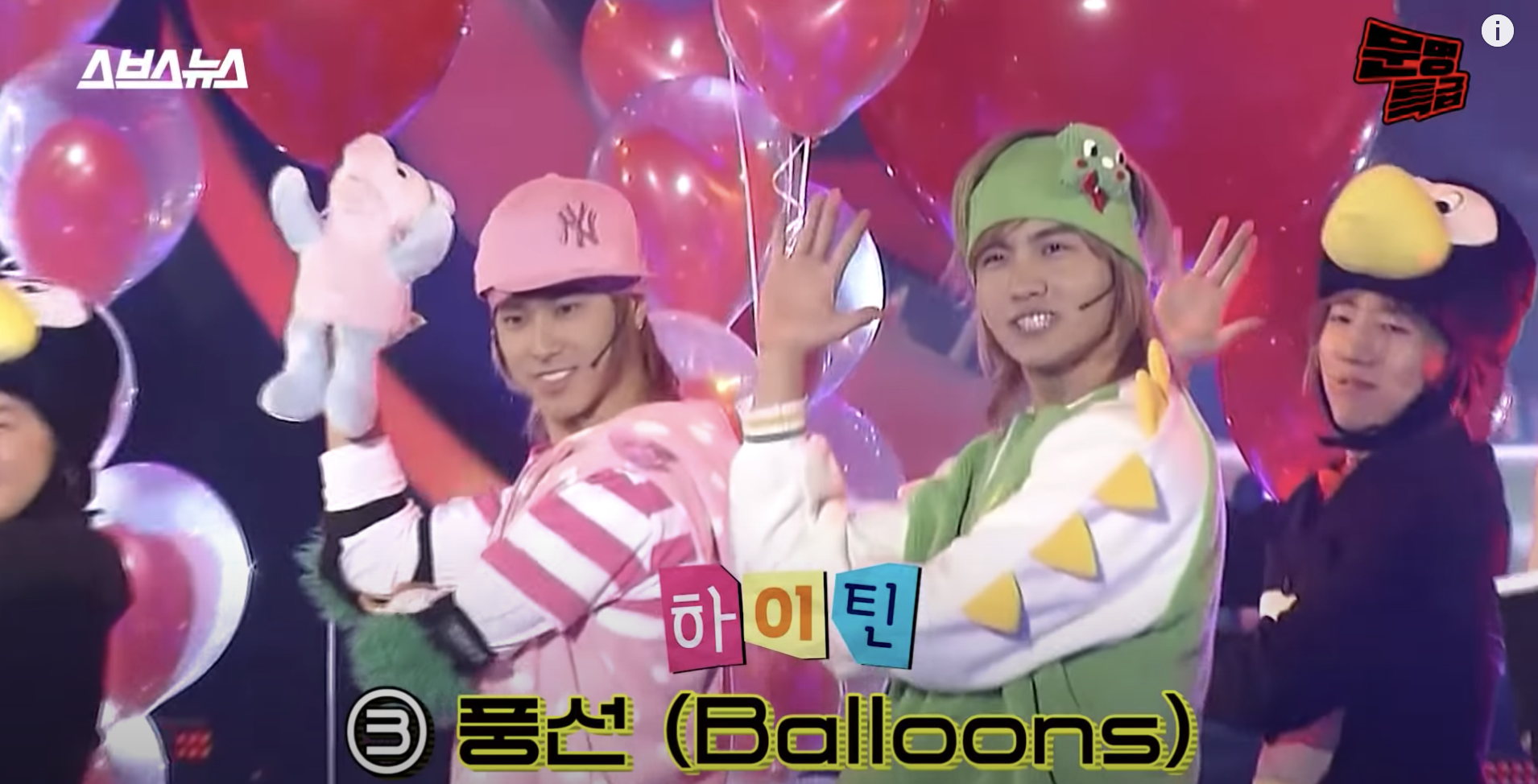 When we first heard the song and Lee Soo Man asked us to do it, we almost lost it. Lee Soo Man came to us and said, ‘I want you guys to wear animal suits and perform the song. That way, you guys will be friendly to children too.’ This was after we did ‘O’ and ‘Rising Sun’ but then you see Changmin in his Dooly costume.

The host then brought up a very specific photo of Yunho staring at his hoobaes (juniors) Red Velvet with a very peculiar expression. It was during the time Yunho was serving his mandatory military service that the girl group went out to perform for his division. The host asked him to explain what was going on in his mind. 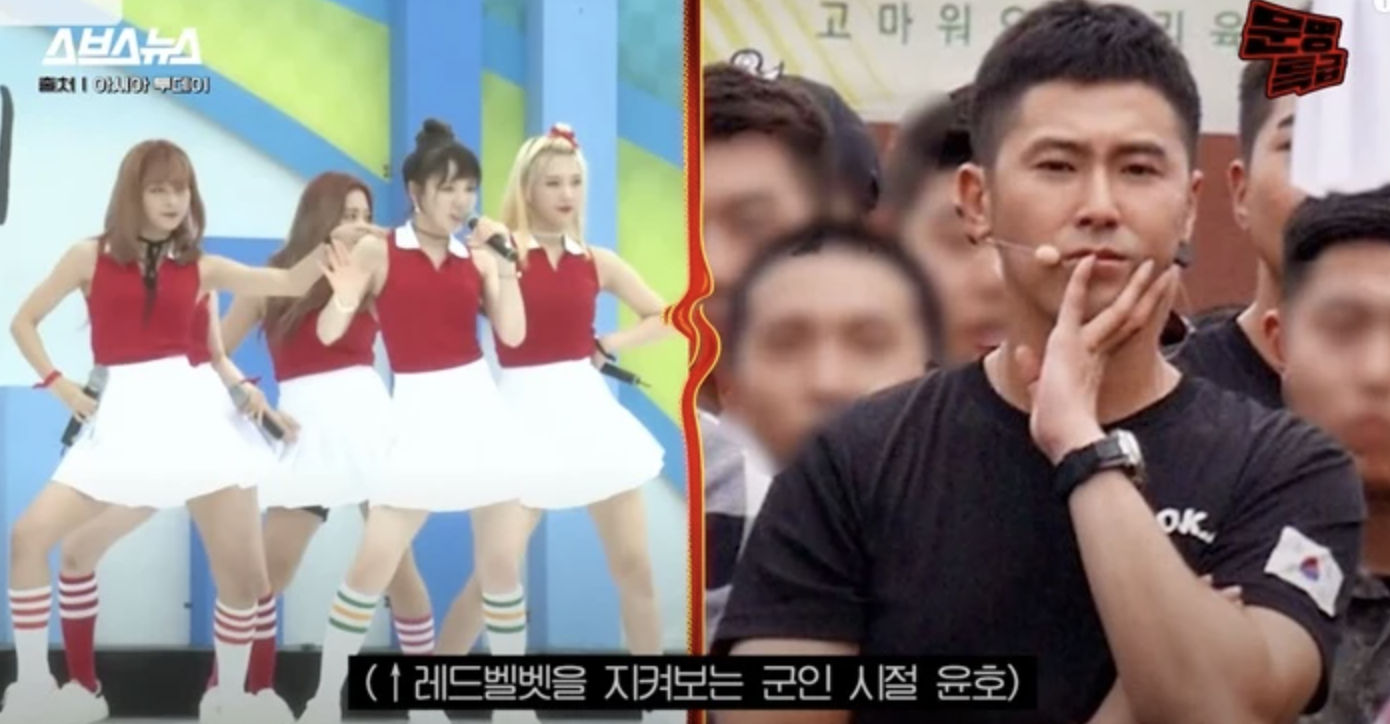 I know this expression may look strict, but it’s actually an expression of longing. The thought I had at the time was, ‘I really want to be on stage again’ but also, they came out and performed out of loyalty to me. There were a lot of feelings during that moment. I was very grateful to the members of Red Velvet.

After his explanation, Yunho expressed his awe of how someone was able to capture the expression so perfectly! 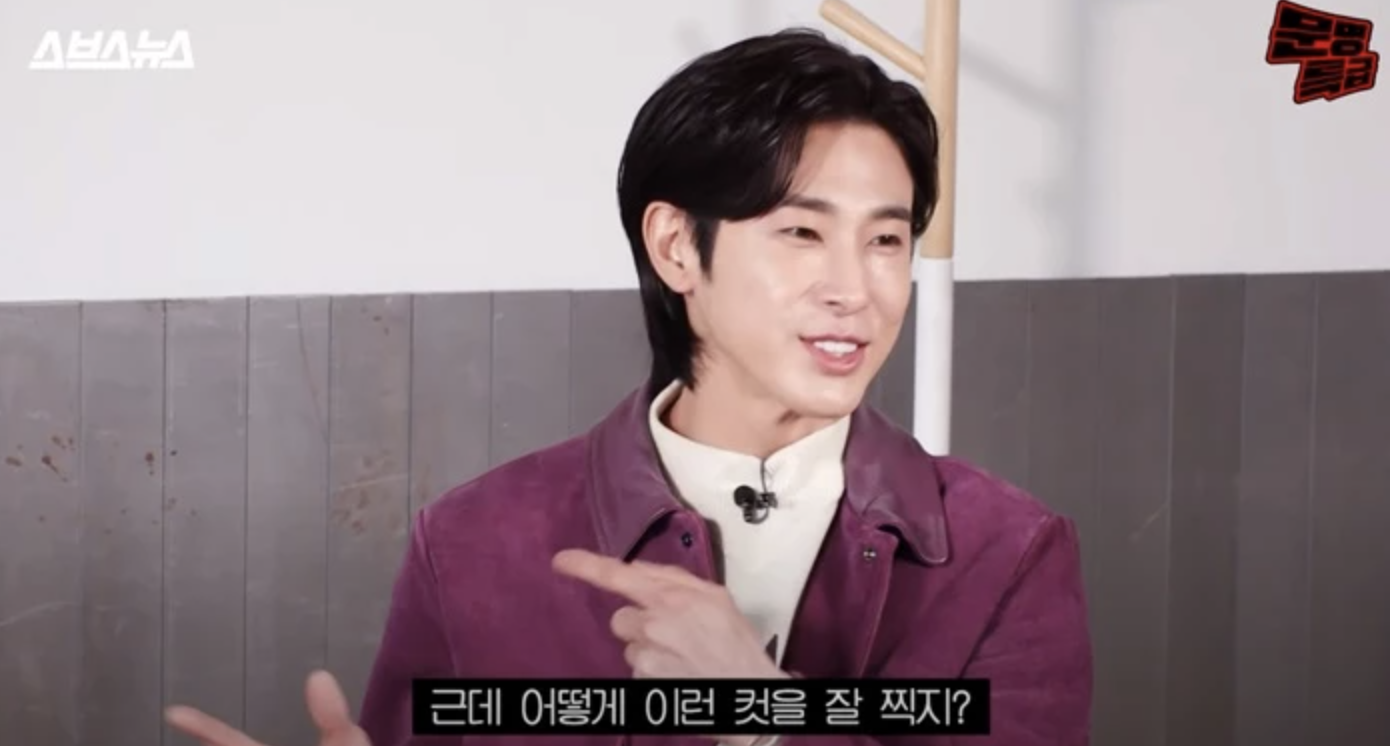 But seriously, how did you guys manage to get this cut so perfectly? It’s so fascinating!

We love seeing Yunho in such a laid back environment and can’t wait to see more of him on our favorite programs. You can check out the entire interview down below!