TVXQ’s Changmin wowed viewers with his muscular body on MBC’s “I Live Alone.”

On the February 1 broadcast, Changmin revealed his everyday life on the show for the second time.

In the morning, he got up and walked around to get ready without his shirt on. The “I Live Alone” cast members expressed amazement at Changmin’s body and Kian84 made everyone burst into laughter by adding, “Maybe his intestines [stomach] are in his chest.”

Changmin explained, “I work out a lot.” Jun Hyun Moo commented, “I respect you for the fact that the waistband of your underwear doesn’t fold. We can’t see the logo [of our boxers] because it folds down.” 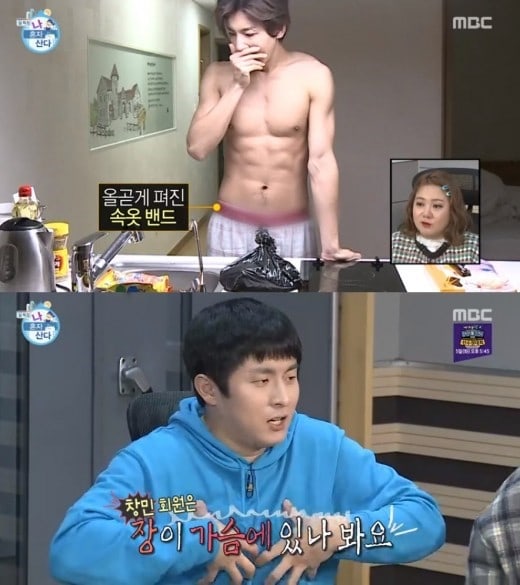 “I Live Alone” airs on Fridays at 11 p.m. KST. Check out an episode below!