“Coffee Friends” is a show that features Son Ho Jun and Yoo Yeon Seok running a cafe for charity on Jeju Island. They invite their friends to come help out part time.

As the cafe got more busy in the last episode, Son Ho Jun called his best friend Yunho to become their new part-time employee. Due to his busy schedule, Yunho could not make it for their opening day, but later on with one phone call, he came right away to Jeju Island. The members cheered as soon as Yunho walked into the cafe. 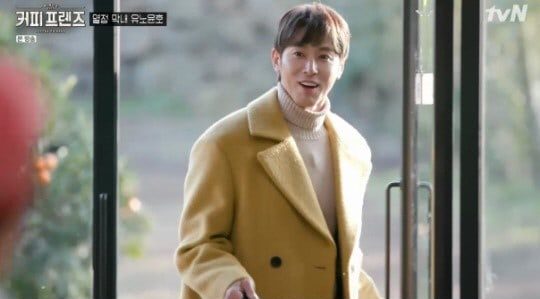 As if all they were doing was waiting for him, they handed him an apron as soon as he came in. Jo Jae Yoon also cheerfully handed over some rubber gloves, passing over to Yunho the duty of washing the endless dishes. 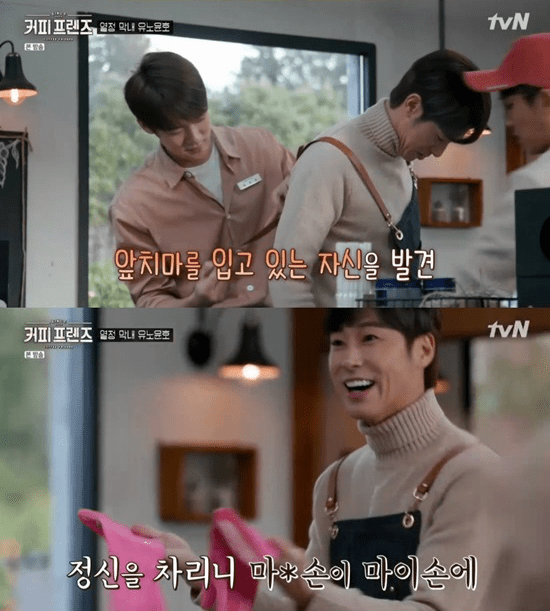 Yunho seemed shocked to know that he was in charge of washing the dishes. Yoo Yeon Seok tried to console him. He said, “You have to think of it as a process”, and Son Ho Jun jokingly suggested, “After you eat, take a stroll outside. It’s the last time you’ll see it.”

However, Yunho quickly regained motivation as he fired up his famous passion. He said, “I’ll wash the dishes as fast as possible, like the speed of light.” Yunho’s passion proved to work, with the all the dishes cleaned in moments. Aside from being a good worker, Yunho showed that he’s a good listener, following orders to go greet all the customers in his spare time. 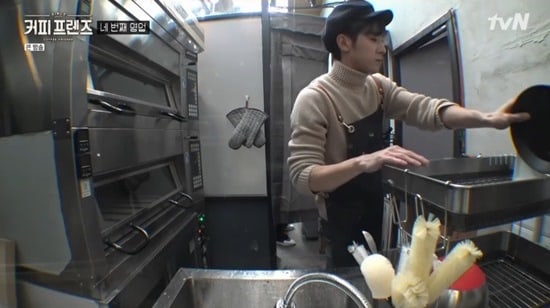