TWICE Explains Why They Don’t Fight And Shares Ideas For Fun No. 1 Promises

On April 10, TWICE appeared as guests of the radio program and talked about their latest mini album. When the host asked the girl group if they ever fight, TWICE answered, “Instead of fighting, we talk a lot.”

Jihyo continued, “None of the members have a bad personality. We all have many similarities.” She also chose Sana as the most talkative member.

TWICE also commented on the success of their latest comeback. Soon after the girl group released their newest mini album and title track “What is Love?” on April 9 at 6 p.m. KST, the song achieved a certified all-kill by topping music charts. Their MV also surpassed 12 million views in 24 hours, leading TWICE to beat their own personal record. 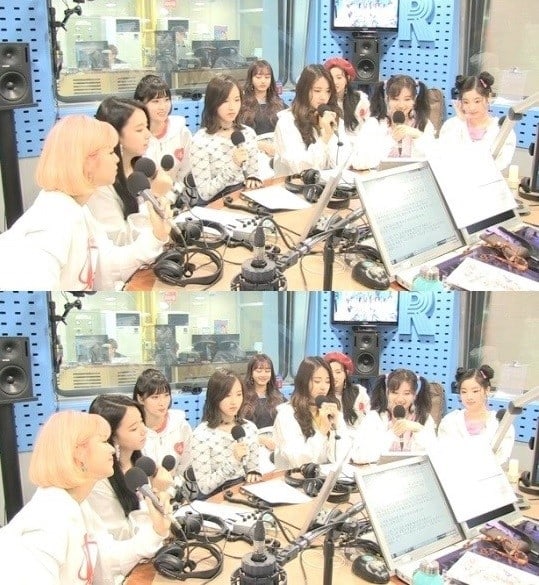 The members said, “Before the album came out, we worried a lot about the reaction. But after we heard that we were No. 1 on realtime charts, we screamed.”

About the MV where they transformed into movie characters, TWICE said, “It was fun for us to watch as well, so we replayed it many times. We wanted to do a movie theme and the agency gave us the parody and chose each of our characters. They know us so well.”

Dahyun, who transformed into the character Léon, said, “I thought that since I’m doing it anyway, I should do it right, and even had a beard for the costume. Our manager rarely asks us to take photos, but he asked to take a photo for the first time since our debut.”

She added, “The members are currently discussing all of us transforming into Léon or dressing up as our characters for our No. 1 promise.”