With spring in the air and romance on some of their minds, the members of TWICE sit down for a chat about love and relationships on the latest episode of “TWICE’s Elegant Private Life.” 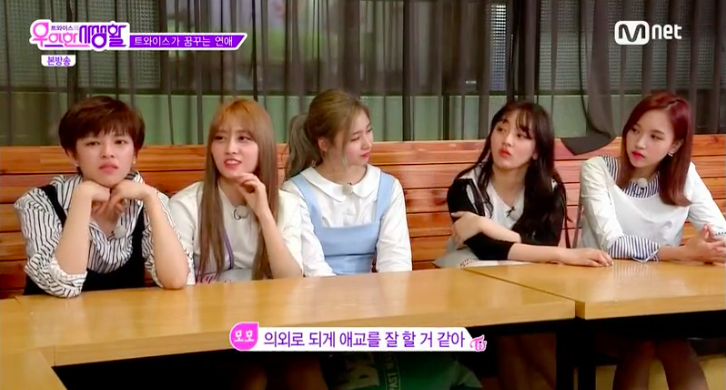 After talking about their love for the guys of “Descendants of the Sun” and other dramas, Chaeyoung asks the others, “What kind of girlfriend would you be?” She answers her own question by saying, “I’d be a sexy girlfriend.” 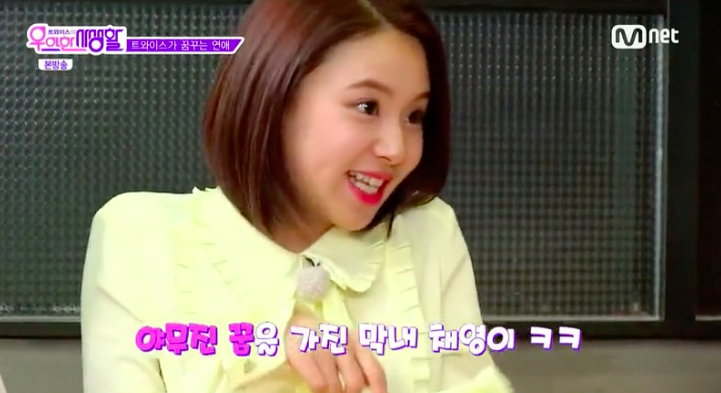 Momo says, “I think Mina would be really good at aegyo.” Nayeon adds, “More than just aegyo, I think she’d cry every time her husband left for work,” and the other members laugh and agree. “What’s up with my image?” asks Mina with a laugh. 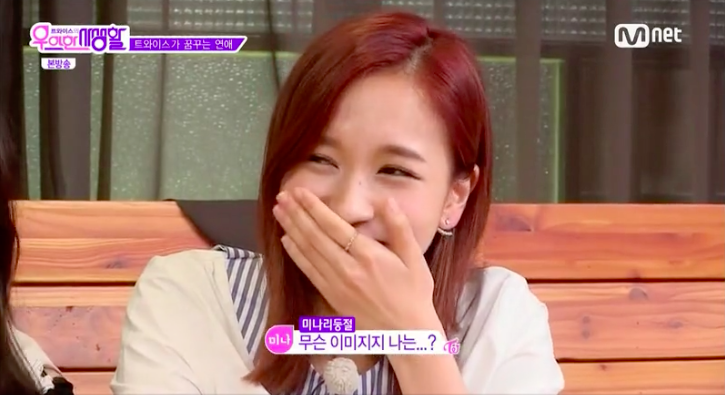 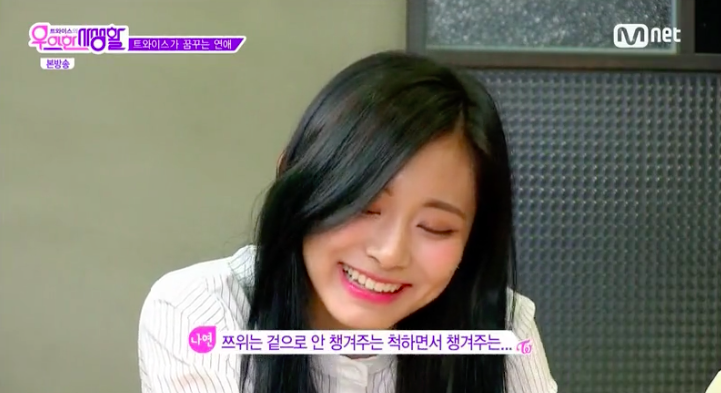 The members say that they think Dahyun might be more of a “bad girl” as a girlfriend. “I think she’ll have him wrapped around her finger!” says Chaeyoung. “No way, I’d be good to my boyfriend,” protests Dahyun, but the other members laugh. 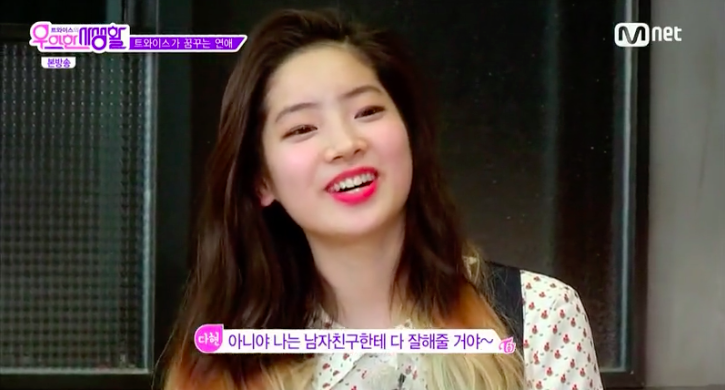