On the recent broadcast of Idol Star Athletics Championships, TWICE‘s Tzuyu, Chaeyoung, and Dahyun appeared as archery contestants of the games. 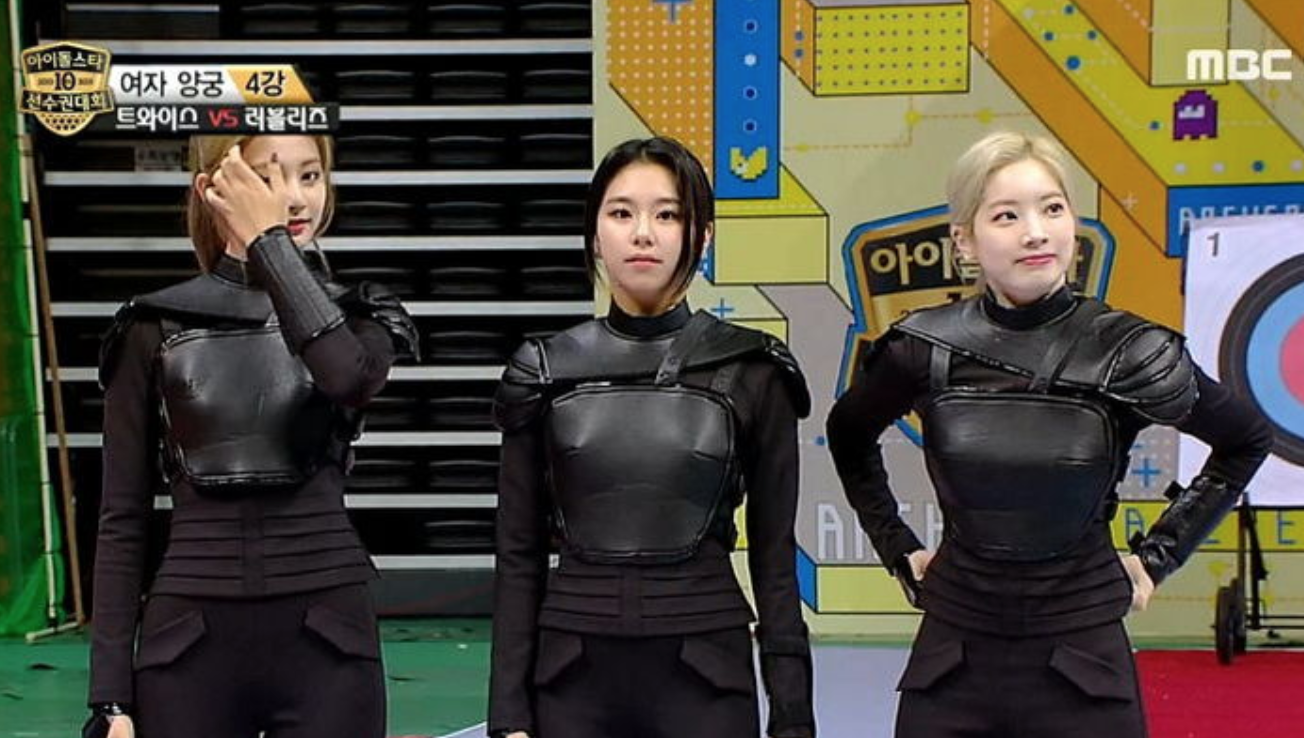 What particularly stood out about TWICE’s appearance was the all-black outfits that they were wearing, which made them look chic and badass. 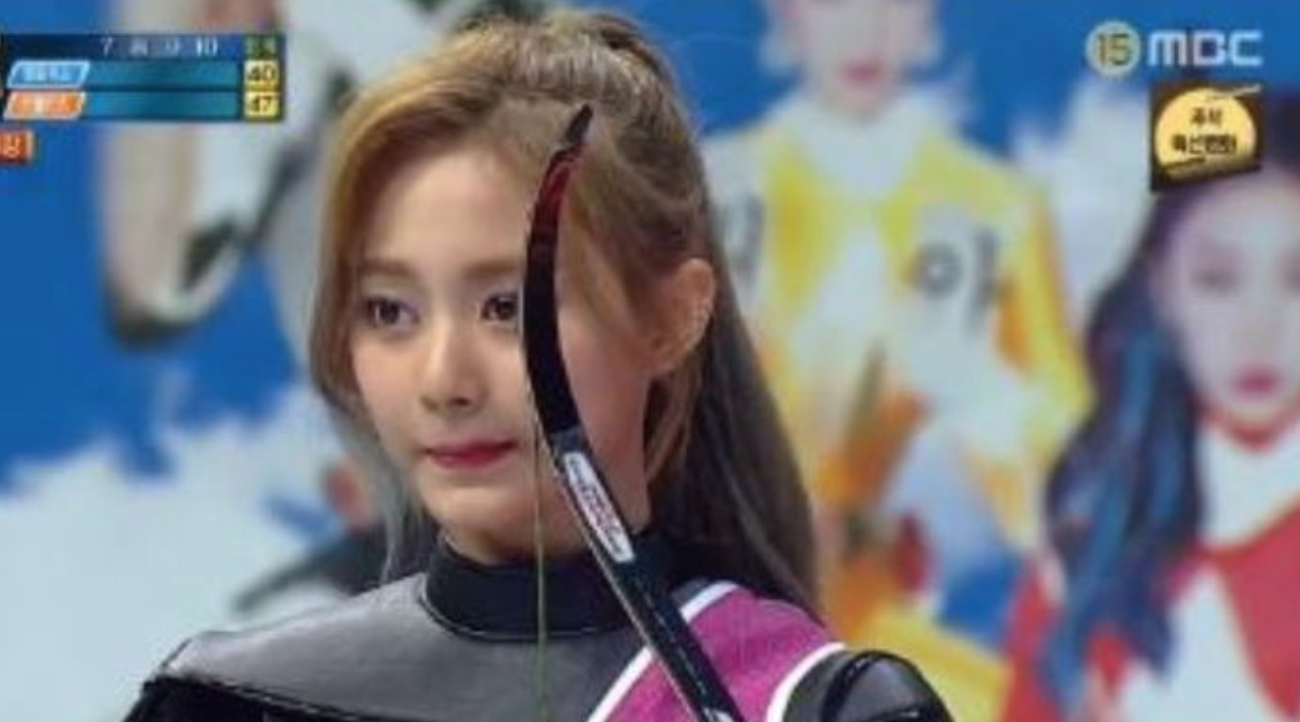 Their outfits easily made them look like female archery warriors competing in the Hunger Games. 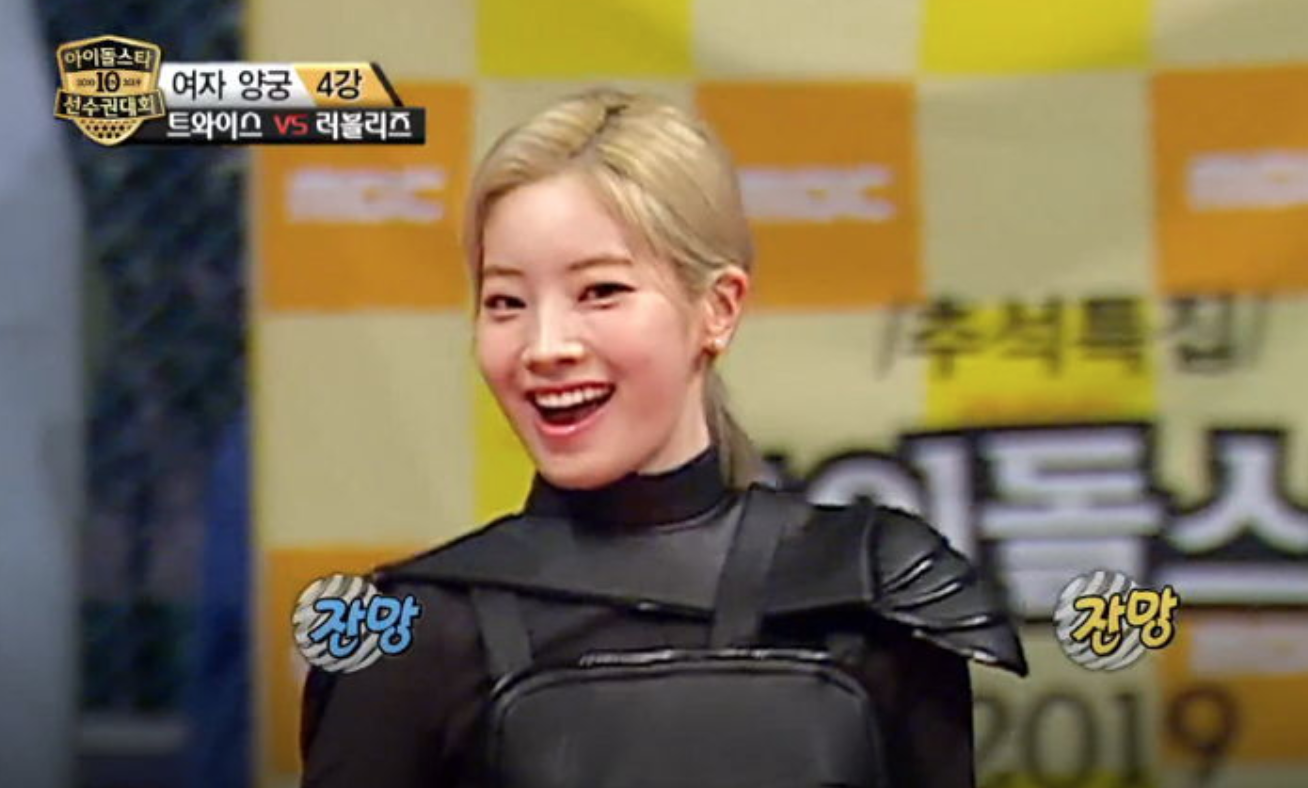 Even the hosts of the games exclaimed, “I think they can win the games with just their outfits alone.” 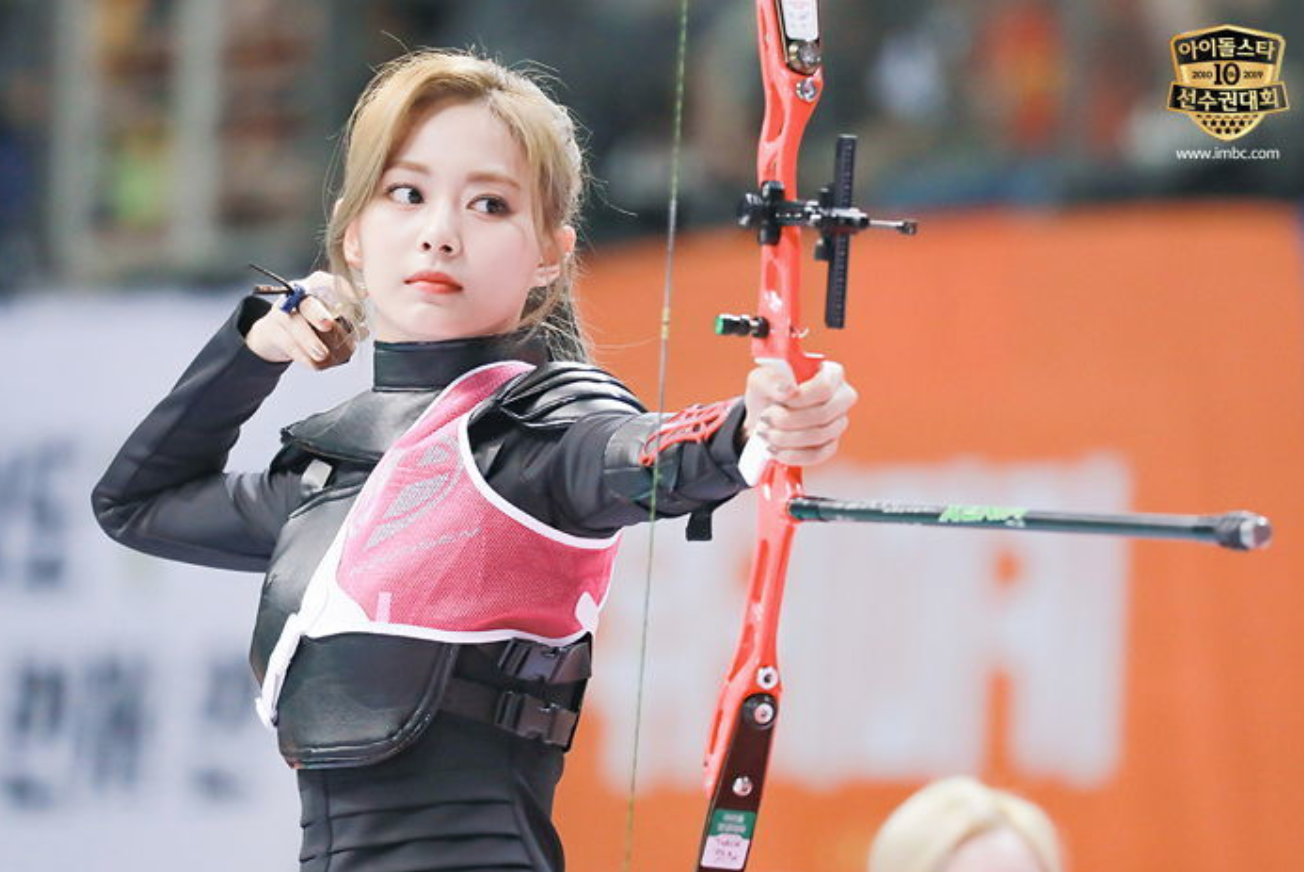 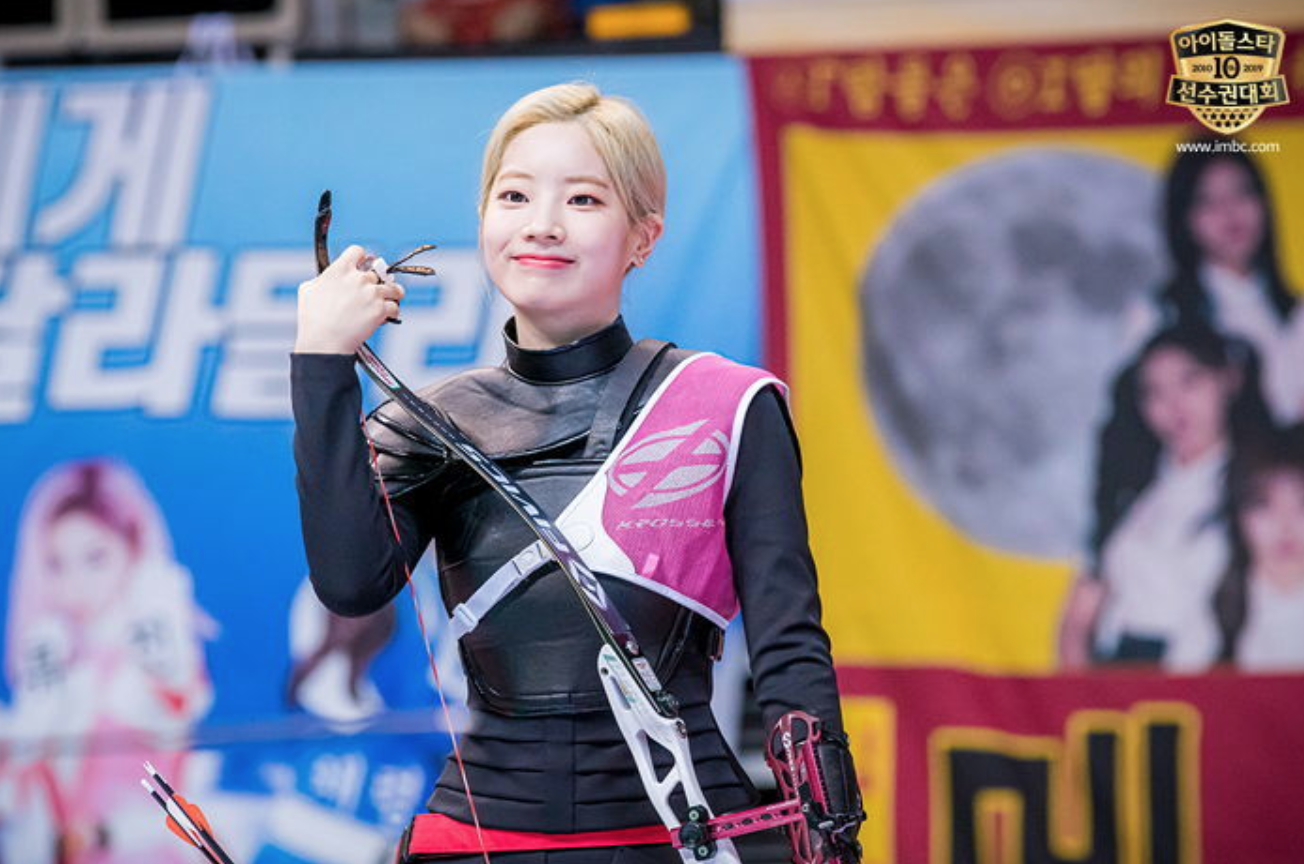 What made their appearances that much more impactful was when they got into their shooting positions and showed off their professional poses. 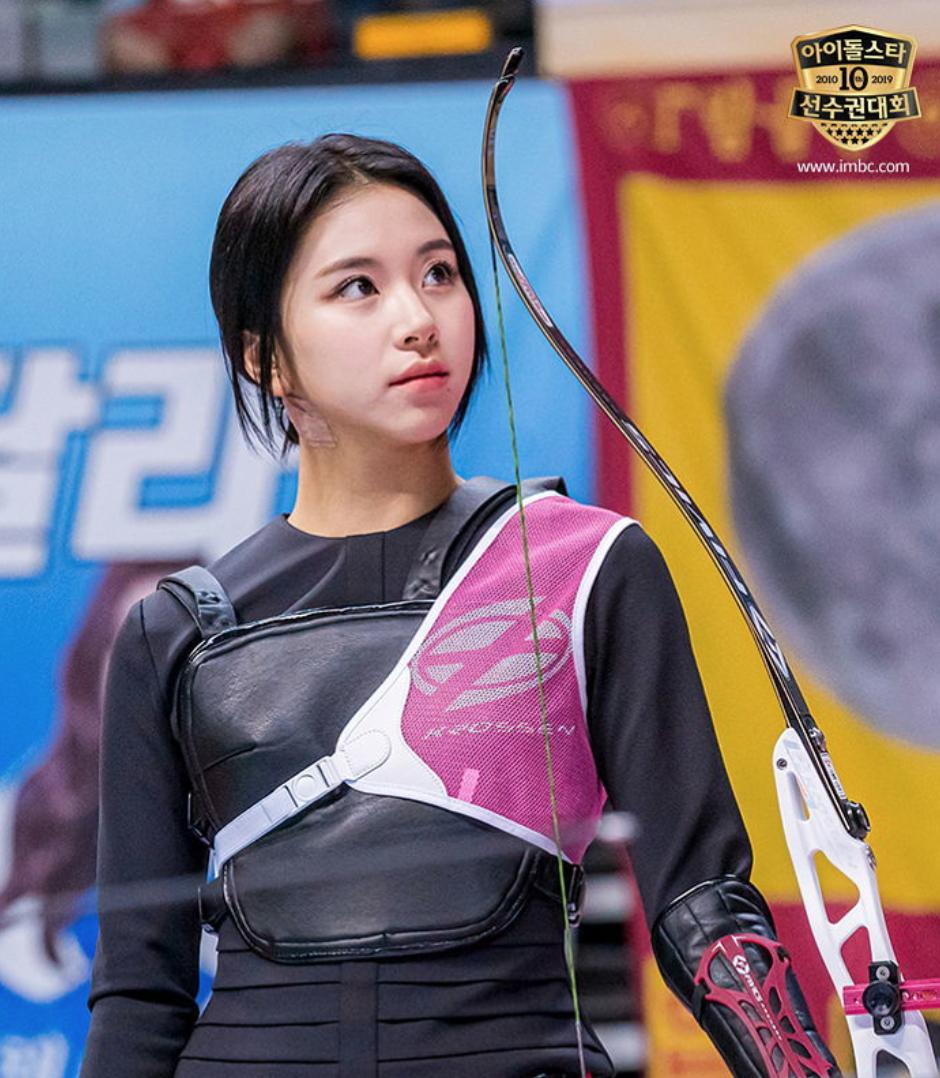 Fans who saw the stills responded with comments such as “Tzuyu looks like a goddess“, “They look so good in all-black“, and “They look good in anything“.