When looking at one of TWICE‘s “MORE & MORE” stages, Momo pointed out a scene where Tzuyu‘s enthusiastic dancing caused a painful yet funny memory for them.

While watching their Mnet stage, Momo paused the performance, “I have something to say. During the last part, Tzuyu hit me.” Everyone instantly remembered. 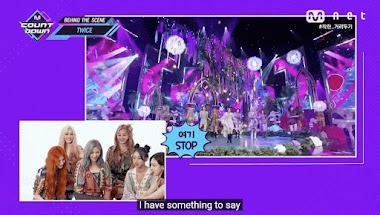 Holding her eye, Momo imitated how she reacted and felt when it happened. She shouted, “Ouch! But, I have to dance!” Tzuyu and the rest of the members couldn’t help but laugh. 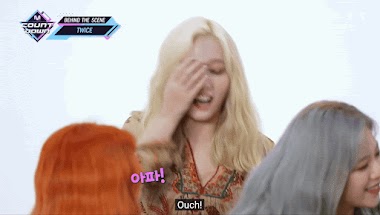 As Momo had been stepping back, Tzuyu’s arm was so long that it caught Momo in the face. Though she immediately covered the side of her face that took the hit, Momo was a trooper and still tried to dance. 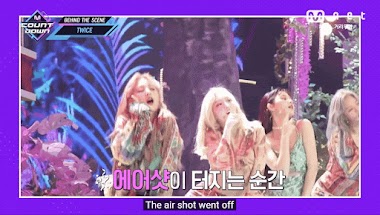 Even though Momo had been the one hurt, she ended up comforting the maknae to take away Tzuyu’s guilt. Still, Tzuyu was quick to apologize.

I’m so sorry, Momo unnie. I hit you really hard. I’ll be careful. 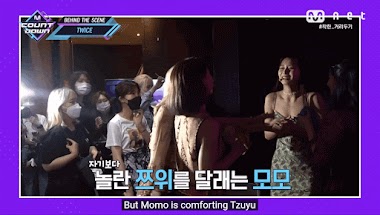 In the end, Momo finished off the performance like nothing happened, earning praise from ONCEs.

At least all of them can look back on it and laugh, especially since it hadn’t been a serious injury. See Momo recall the unexpected mishap here.